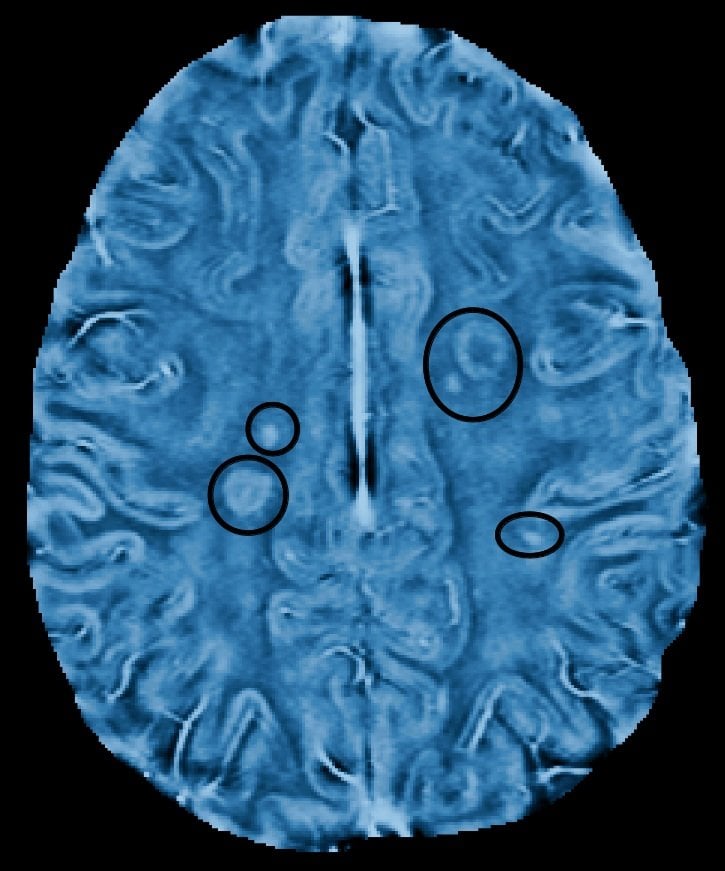 Researchers at the University of British Columbia have developed a new magnetic resonance imaging (MRI) technique that detects the telltale signs of multiple sclerosis in finer detail than ever before – providing a more powerful tool for evaluating new treatments.

The technique analyzes the frequency of electro-magnetic waves collected by an MRI scanner, instead of the size of those waves. Although analyzing the number of waves per second had long been considered a more sensitive way of detecting changes in tissue structure, the math needed to create usable images had proved daunting.

Multiple sclerosis (MS) occurs when a person’s immune cells attack the protective insulation, known as myelin, that surrounds nerve fibres. The breakdown of myelin impedes the electrical signals transmitted between neurons, leading to a range of symptoms, including numbness or weakness, vision loss, tremors, dizziness and fatigue.

Alexander Rauscher, an assistant professor of radiology, and graduate student Vanessa Wiggermann in the UBC MRI Research Centre, analyzed the frequency of MRI brain scans. With Dr. Anthony Traboulsee, an associate professor of neurology and director of the UBC Hospital MS Clinic, they applied their method to 20 MS patients, who were scanned once a month for six months using both conventional MRI and the new frequency-based method.

Once scars in the myelin, known as lesions, appeared in conventional MRI scans, Rauscher and his colleagues went back to earlier frequency-based images of those patients. Looking in the precise areas of those lesions, they found frequency changes – indicating tissue damage – at least two months before any sign of damage appeared on conventional scans. The results were published in the June 12 issue of Neurology.

“This technique teases out the subtle differences in the development of MS lesions over time,” Rauscher says. “Because this technique is more sensitive to those changes, researchers could use much smaller studies to determine whether a treatment – such as a new drug – is slowing or even stopping the myelin breakdown.”

Notes about this neuroimaging and multiple sclerosis research