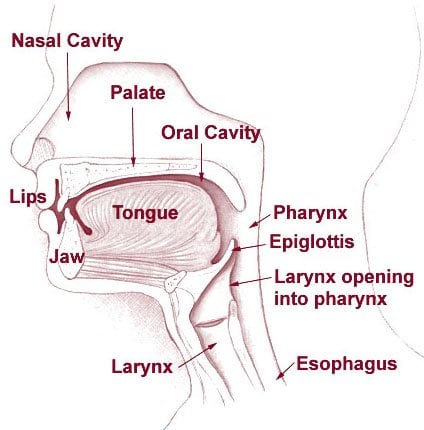 Researchers discovered a protein called Nanog, which is normally active in embryonic stem cells, promotes the growth of cancer stem cells in head and neck cancer. The findings provide information essential for designing novel targeted drugs that might improve the treatment of head and neck cancer.
Home
Brain Cancer

“This study defines a signaling axis that is essential for head and neck cancer progression, and our findings show that this axis may be disrupted at three key steps,” says principal investigator Quintin Pan, PhD, associate professor of otolaryngology at the OSUCCC – James. “Targeted drugs that are designed to inhibit any or all of these three steps might greatly improve the treatment of head and neck cancer.”

The findings were published in a recent issue of the journal Oncogene.

Specifically, the study shows that an enzyme called “protein kinase C-epsilon” (PKCepsilon) adds energy-packing phosphate groups to the Nanog molecule. This phosphorylation of Nanog stabilizes and activates the molecule.

It also triggers a series of events: Two Nanog molecules bind together, and these are joined by a third “co-activating” molecule called p300. This molecular complex then binds to the promoter region of a gene called Bmi1, an event that increases the expression of the gene. This, in turn, stimulates proliferation of cancer stem cells.

“Our work shows that the PKCepsilon/Nanog/Bmi1 signaling axis is essential to promote head and neck cancer,” Pan says. “And it provides initial evidence that the development of inhibitors that block critical points in this axis might yield a potent collection of targeted anti-cancer therapeutics that could be valuable for the treatment of head and neck cancer.”

Notes about this cancer and stem cell research

Funding from the NIH/National Cancer Institute (grant CA135096), the American Cancer Society; The Michelle Theado Memorial Grant from The Joan Bisesi Fund for Head and Neck Oncology Research, and The Sloman Foundation supported this research.