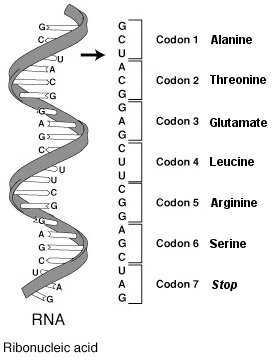 Myotonic dystrophy type 1 is caused a type of RNA defect known as a “triplet repeat,” a series of three nucleotides repeated more times than normal in an individual’s genetic code.
Home
Featured

Scientists Turn Muscular Dystrophy Defect On and Off in Cells

For the first time, scientists from the Florida campus of The Scripps Research Institute (TSRI) have identified small molecules that allow for complete control over a genetic defect responsible for the most common adult onset form of muscular dystrophy. These small molecules will enable scientists to investigate potential new therapies and to study the long-term impact of the disease.

“This is the first example I know of at all where someone can literally turn on and off a disease,” said TSRI Associate Professor Matthew Disney, whose new research was published June 28, 2013, by the journal Nature Communications. “This easy approach is an entirely new way to turn a genetic defect off or on.”

Myotonic dystrophy is an inherited disorder, the most common form of a group of conditions called muscular dystrophies that involve progressive muscle wasting and weakness. Myotonic dystrophy type 1 is caused a type of RNA defect known as a “triplet repeat,” a series of three nucleotides repeated more times than normal in an individual’s genetic code. In this case, a cytosine-uracil-guanine (CUG) triplet repeat binds to the protein MBNL1, rendering it inactive and resulting in RNA splicing abnormalities.

To find drug candidates that act against the defect, Disney and his colleagues analyzed the results of a National Institutes of Health (NIH)-sponsored screen of more than 300,000 small molecules that inhibit a critical RNA-protein complex in the disease.

The team divided the NIH hits into three “buckets”—the first group bound RNA, the second bound protein, and a third whose mechanism was unclear. The researchers then studied the compounds by looking at their effect on human muscle tissue both with and without the defect.

The new compounds will serve as useful tools to study the disease on a molecular level. “In complex diseases, there are always unanticipated mechanisms,” Disney noted. “Now that we can reverse the disease at will, we can study those aspects of it.”

In addition, Disney said, with the new discovery, scientists will be able to develop a greater understanding of how to control RNA splicing with small molecules. RNA splicing can cause a host of diseases that range from sickle-cell disease to cancer, yet prior to this study, no tools were available to control specific RNA splicing.

Notes about this neurogenetics and muscular dystrophy research

The study was funded by TSRI; the Muscular Dystrophy Association (158552); the National Institutes of Health (3R01GM079235 and 1R01GM079235; AR049077 and U54NS48843); the National Cancer Institute (1U54CA143869); the Molecular Libraries Initiative of the National Institutes of Health Roadmap for Medical Research; the Marigold Foundation and the Foundation for Polish Science-TEAM program co-financed by the European Union within the European Regional Development Fund.