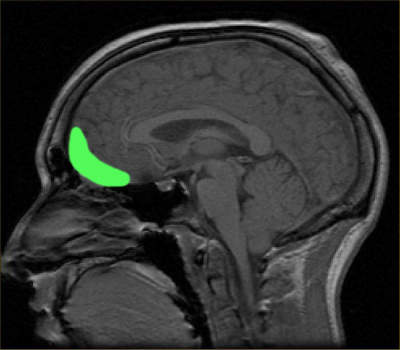 Life presents us with choices all the time: salad or pizza for lunch? Tea or coffee afterward? How we make these everyday decisions has been a topic of great interest to economists, who have devised theories about how we assign values to our options and use those values to make decisions.

An emerging field of study known as neuroeconomics is combining the economists’ insights with scientific study of the brain to learn more about decision-making processes and how they can go awry. In the Dec. 8 issue of Neuron, one of the field’s founders reports new links between brain cell activity and choices where two options have equal appeal.

“Neuroeconomics is not only helpful for the development of better economic theory, it is also relevant from a clinical point of view,” said author Camillo Padoa-Schioppa, PhD, assistant professor of neurobiology, economics and of biomedical engineering at Washington University School of Medicine in St. Louis. “There are a number of conditions that involve impaired economic decision-making, including drug addiction, brain injury, some forms of dementia, schizophrenia and obsessive-compulsive disorder.”

Scientists know that the orbitofrontal cortex, a region of the brain behind and above the eyes, plays a key role in making decisions. Patients with injuries to this part of the brain are often spectacularly bad at making decisions. They may do things like abandon longstanding relationships, gamble away money or lose it to swindlers, or become addicted to drugs.

To study the roles brain cells play in decision-making, Padoa-Schioppa developed a system for presenting primates a choice between two drinks, such as grape juice or apple juice. The type and amount of the drink varies, and researchers record the activity of individual brain neurons as the primates choose.

Based on the decisions of a single animal over multiple trials, scientists infer the subjective value the animal assigns to each drink and then look for ways this value is encoded in brain cells.

In a new analysis of data from the original experiment, Padoa-Schioppa showed that different groups of cells in the orbitofrontal cortex reflect different stages of the decision-making process.

Padoa-Schioppa then examined how different groups of cells determine decisions between options of equal value. He showed that toss-up decisions seemed to depend on changes in the initial state of the network of neurons in the orbitofrontal cortex.

“The fluctuations in the network took place before the primates were even offered a choice of juices, but they seem to somehow bias the decision,” Padoa-Schioppa said. “Neuronal signals are always noisy. In essence, close-call decisions are partly determined by random noise.”

He also found that decisions on choices of equal value were linked to the ease or difficulty with which nerve cells in parts of the orbitofrontal cortex communicate with each other. This property, known as synaptic efficacy, can be adjusted by the brain as part of the process of encoding information.

An Animal-Free Method of Creating Human Brain Cells for Research

According to Padoa-Schioppa, these results provide new insights into the neuronal circuits that underlie economic decisions. He and his colleagues are using them to create a computational model of decision-making.

“The next step is to test that model,” Padoa-Schioppa said. “For example, we would like to bias decisions by artificially manipulating the activity of specific groups of cells.”

Notes about this neuroeconomics and neuroscience research