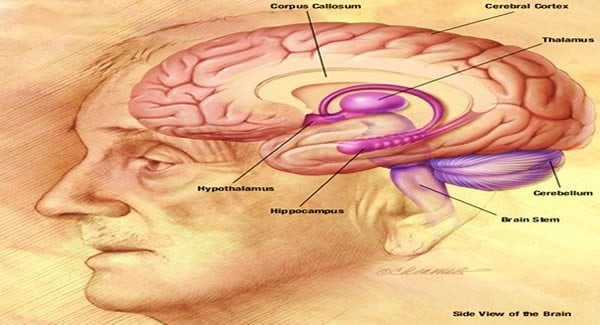 NT-020, a combination of nutrients, increased neural stem cell proliferation, neurogenesis and helped improve memory in the aging brains of mice. The finding could help brain research on humans in such areas as learning and memory, cognitive decline, Alzheimer’s disease, brain trauma, diabetes and many other fields.

A combination of nutrients called NT-020 promoted adult neural stem cell proliferation in aged rats and boosted their memory performance, reported University of South Florida researchers studying natural therapeutic approaches to promoting the health of neurons in the aging brain. Researchers from the USF Department of Neurosurgery and Brain Repair tested two groups of aged laboratory rats; one group received NT-020 and another, the control group, did not. In the NT-020 group, the process by which neurons are generated, called neurogenesis, increased.

The study was published in the current issue of Rejuvenation Research (Vol. 13 No. 5, June, 2010). The NT-020 formula was patented by USF and licensed to Natura Therapeutics, Inc.

“Aging has been linked to oxidative stress, and we have previously shown that natural compounds made from blueberries, green tea, and amino acids, such as carnosine, are high in antioxidants and have anti-inflammatory and anti-oxidative activity,” said Sandra Acosta, MS, the study’s lead author and a PhD student in the USF Center of Excellence in Aging and Brain Repair . “The combination of these nutrients, called NT-020, creates a synergistic effect that promotes the proliferation of stem cells in the aged animals.”

Acosta and colleagues compared the NT-020 group to the control group by evaluating their performance on a variety of behavioral and memory tests, including a spatial navigation test. The NT-020 group demonstrated increased adult neural stem cell proliferation in the two main stem cell niches in the brains and improvement in learning and memory.

In past studies, NT-020 has been shown to have beneficial effects on animals with simulated stroke. NT-020 has also been shown to encourage the proliferation of adult stem cells, which have the potential to develop into tissue and bone cells and also migrate to areas of damage to help with repair.

“The notion that aging is a stem cell disease has been gaining popularity,” said study senior author Paula Bickford, PhD, professor of neurosurgery and brain repair at USF and a senior research career scientist at the James A. Haley Veterans’ Hospital (Tampa). “Our hypothesis is that aging alters the local environment in the brain and other organs and can promote an environment that retards the growth of stem cells. For example, high glucose, which would be seen with diabetes, excessive alcohol and oxidative stress, can lead to reduced neurogenesis.”

“NT-020 may have not only a positive effect on the stem cell niche,” concluded Bickford. “NT-020 may have far-reaching effects on organ function beyond the replacement of injured cells, as demonstrated by cognitive improvement in the NT-020 group.”

Understanding Our Perception of Rhythm

The mission of the University of South Florida Center of Excellence for Aging and Brain Repair is to develop new therapeutic strategies to promote repair and regeneration of aging and diseased brain. Building on a foundation of excellence in basic and clinical research, the Center focuses on translating innovative ideas into industrial partnerships, educational and clinical services to address key needs of the community and those suffering from brain injury and disease.