Summary: Classical music exposure paired with ibuprofen reduced response to inflammation pain by 93%, compared to exposure to the medication alone in mouse models of pain. For those exposed to just music, researchers report a 77% reduction in surgical pain.

Past studies have explored the therapeutic effect of music, particularly compositions by Mozart, for patients with epilepsy. Researchers at the University of Utah Health found pairing music with one of four pain medications offered a promising complementary strategy to treat pain. In particular, the ibuprofen-music pair improved analgesic outcomes in an inflammation pain mouse model by more than 90 percent, while the cannabidiol-music and galanin analog NAX 5055-music pairings significantly reduced inflammation by 70 percent. The results of the study are available online on March 27 in the journal Frontiers in Neurology.

“We know these drugs work without music but they can produce toxicity and adverse effects,” said Grzegorz Bulaj, Ph.D., associate professor in Medicinal Chemistry at U of U Health and senior author on the paper. “The holy grail is to combine the right drug with this new paradigm of music exposure, so we do not need as much drug for analgesic effects.”

The researchers evaluated this new strategy using two pain models–one model mimics inflammatory pain (carrageenan model) and one mimics surgical pain (plantar incision). Mice in the study were separated into two groups (five to eight mice per group). The control group was exposed to ambient noise while the music-intervention group listened to three three-hour segments of Mozart for 21 days.

“Music is like DNA. We had musicians analyze sequences of several Mozart pieces to optimize the playlist,” Bulaj said. “This was exciting but challenging to integrate these musical analyses into neuropharmacology.”

The compositions were selected and organized to enhance rhythmic, phrasal and chord progressions.

The study was conducted four times to explore pairing music with ibuprofen (25 mg/kg), cannabidiol (100 mg/kg), levetiracetam (400 mg/kg) and the galanin analog NAX 5055 (4 mg/kg). Both the control and music groups received one suboptimal dose of each drug to evaluate the analgesic effect of music in the pain models.

“There is emerging evidence that music interventions can alleviate pain when administered either alone or in combination with other therapies,” said Cameron Metcalf, Ph.D., research assistant professor in Pharmacology and Toxicology at U of U Health and first author on the paper. “I was particularly excited to see reduced swelling in the inflammatory pain model.”

According to Metcalf, medications currently available to treat inflammation do not show such a robust response on such a short timescale.

“It is exciting to think of what this might mean for the anti-inflammatory effects of music interventions and where the research may take us next,” Metcalf said.

The study also explored pairing music with various epilepsy drugs, but the experimental design was inadequate to evaluate the complexity in drug dosing and administration to evaluate this therapeutic strategy. 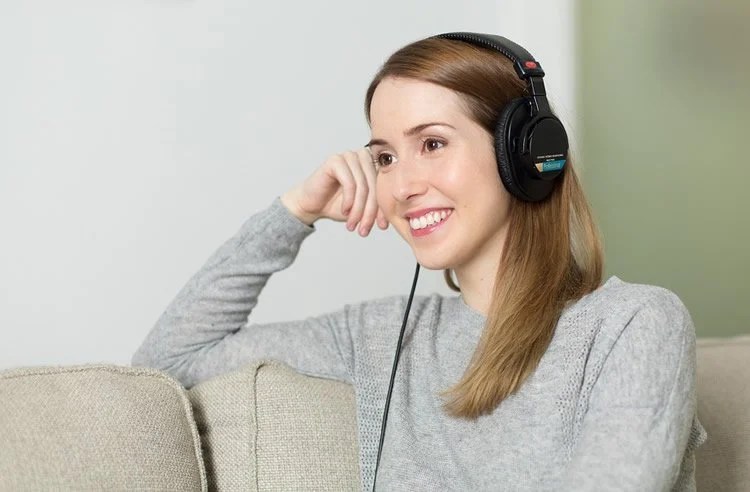 The study was limited to two pain models and did not explore pain caused by nerve injury (neuropathic pain). In addition, the music intervention in the study was limited to pieces by Mozart. Mice hear at different frequencies than humans, and the effect of music volume or duration remains unclear. It also remains unclear if these results will be duplicated in people. Bulaj believes future studies should explore dose-dependent response of the music-drug pairing.

“If we could package music and other nonpharmacological therapies into mobile apps and deliver them with drugs and it works, it will be better than drugs alone,” Bulaj said. “It is exciting to find new ways to improve pain treatments.”

Funding: Bulaj and Metcalf are joined in this study by Merodean Huntsman, Tristan Underwood, Fabiola Vanegas and Misty Smith at U of U Health; Adam Kochanski and Michael Chikinda at University of Utah; Gerry Garcia at Greatful Living Productions, Salt Lake City; Eugene Watanabe at The Gifted Music School, Salt Lake City; and H. Steve White at University of Washington. The article, titled Music-enhanced Analgesia and Antiseizure Activities in Animal Models of Pain and Epilepsy: Towards Preclinical Studies Supporting Development of Digital Therapeutics and their Combinations with Pharmaceutical Drugs, received support from University of Utah development funds.

Music-Enhanced Analgesia and Antiseizure Activities in Animal Models of Pain and Epilepsy: Toward Preclinical Studies Supporting Development of Digital Therapeutics and Their Combinations With Pharmaceutical Drugs

Digital therapeutics (software as a medical device) and mobile health (mHealth) technologies offer a means to deliver behavioral, psychosocial, disease self-management and music-based interventions to improve therapy outcomes for chronic diseases, including pain and epilepsy. To explore new translational opportunities in developing digital therapeutics for neurological disorders, and their integration with pharmacotherapies, we examined analgesic and antiseizure effects of specific musical compositions in mouse models of pain and epilepsy. The music playlist was created based on the modular progression of Mozart compositions for which reduction of seizures and epileptiform discharges were previously reported in people with epilepsy. Our results indicated that music-treated mice exhibited significant analgesia and reduction of paw edema in the carrageenan model of inflammatory pain. Among analgesic drugs tested (ibuprofen, cannabidiol (CBD), levetiracetam, and the galanin analog NAX 5055), music intervention significantly decreased paw withdrawal latency difference in ibuprofen-treated mice and reduced paw edema in combination with CBD or NAX 5055. To the best of our knowledge, this is the first animal study on music-enhanced antinociceptive activity of analgesic drugs. In the plantar incision model of surgical pain, music-pretreated mice had significant reduction of mechanical allodynia. In the corneal kindling model of epilepsy, the cumulative seizure burden following kindling acquisition was lower in animals exposed to music. The music-treated group also exhibited significantly improved survival, warranting further research on music interventions for preventing Sudden Unexpected Death in Epilepsy (SUDEP). We propose a working model of how musical elements such as rhythm, sequences, phrases and punctuation found in K.448 and K.545 may exert responses via parasympathetic nervous system and the hypothalamic-pituitary-adrenal (HPA) axis. Based on our findings, we discuss: (1) how enriched environment (EE) can serve as a preclinical surrogate for testing combinations of non-pharmacological modalities and drugs for the treatment of pain and other chronic diseases, and (2) a new paradigm for preclinical and clinical development of therapies leading to drug-device combination products for neurological disorders, depression and cancer. In summary, our present results encourage translational research on integrating non-pharmacological and pharmacological interventions for pain and epilepsy using digital therapeutics.

Link between genes and ability to exercise found

Intensive blood pressure control can extend life up to 3 years

Cannabis compound acts as an antibiotic