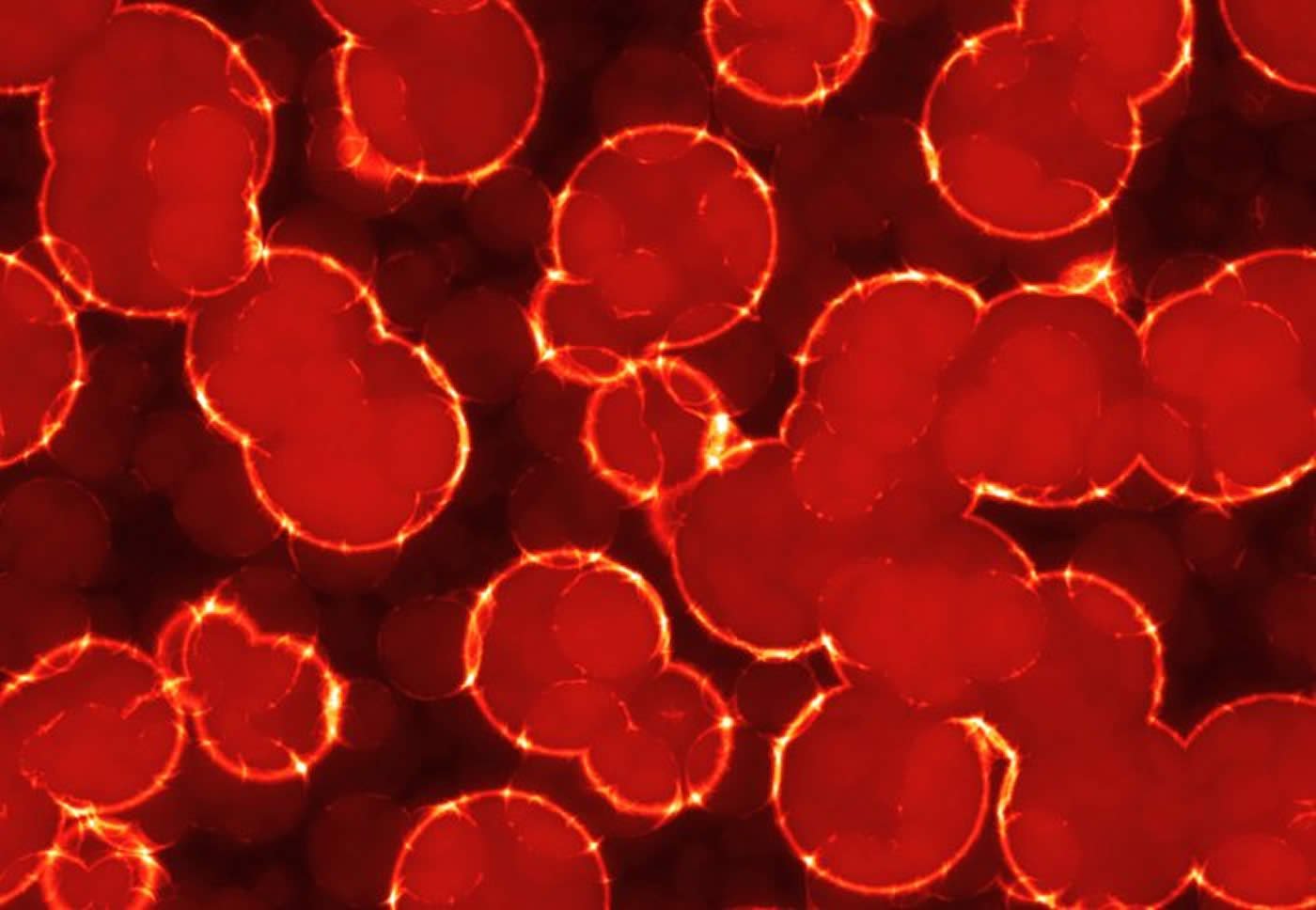 In the new study, the team suggest that haemoglobin, which carries iron and oxygen around the body may cause these high iron levels. NeuroscienceNews.com image is adapted from the Imperial College London press release.

A leak of a protein called haemoglobin from damaged red blood cells may be associated with brain shrinkage in multiple sclerosis.

This is the conclusion of a team from Imperial College London, whose early-stage findings suggest treatments that lower levels of haemoglobin could slow progression of the disease. Haemoglobin carries iron and oxygen around the body in red blood cells.

Professor Charles Bangham, lead author of the study from the Department of Medicine at Imperial, said: “These are exciting but early results. If further studies confirm them, they may suggest new avenues of treatment, and hopefully more options to offer patients in the future.”

Multiple sclerosis (MS) affects around 100,000 people in the UK. The lifelong condition affects the brain and spinal cord, and results in nerves being destroyed.

The symptoms, and the severity of the illness, vary widely from person to person, but often include fatigue, vision problems, muscle spasms and impaired mobility.

At first, patients tend to experience repeated episodes of the condition, but symptoms improve between each period of illness.

However around 65 per cent of patients eventually develop a more severe form of the disease, called secondary progressive multiple sclerosis. In this phase, which generally starts around 15 years after the initial MS diagnosis, the symptoms become steadily worse, with no periods of improvement.

The condition also causes brain cells to die, and on average the brain shrinks by about 0.3 per cent a year in secondary progressive MS.

Previous research has found high amounts of iron deposited around blood vessels in the brain. Although the mineral is crucial for our bodies to function, it is toxic in high levels – and scientists have suggested this may trigger the death of brain cells in MS.

In the new study, the team suggest that haemoglobin, which carries iron and oxygen around the body may cause these high iron levels.

When red blood cells break down they release haemoglobin into the blood stream. Normally, the protein would then be prevented from entering the brain by a ‘checkpoint’ between the bloodstream and the brain. However, in MS patients this checkpoint – called the blood-brain barrier – is weakened, allowing haemoglobin to sail through.

The team suggest that once haemoglobin enters the brain it is broken down by an enzyme called haem oxygenase I, which has been found at high levels in the brains of MS patients.

The destruction of haemoglobin causes iron to be released into the brain.

Professor Bangham explained: “The iron escapes from the haemoglobin, and may then result in the cell damage and brain shrinkage we see in secondary progressive MS.”

The researchers stress that there are no dietary methods for reducing haemoglobin levels, and people should not remove iron from their diet.

“Iron eaten in foods has no effect on the levels of iron that accumulate in the brain. It is the haemoglobin levels, rather than iron that need to be tackled. Iron is vital for the body, and should not be reduced in the diet,” said Professor Bangham.

In the study, the team found that the MS patients had high levels of a compound called serum lactate dehydrogenase, which is released when red blood cells disintegrate.

In the research, the scientists analysed blood samples of 140 patients with secondary progressive MS, taken over a two-year period, and looked for any proteins raised above normal levels.

The team also analysed brain scans of the patients, as well as blood samples from 20 healthy controls, and 40 patients with other medical conditions apart from MS.

They found that blood levels of “free” haemoglobin – haemoglobin that has escaped from the red blood cells – were significantly higher in MS patients with the greatest amount of brain shrinkage.

The researchers calculated that a 30 per cent increase in free haemoglobin levels resulted in an increased rate of brain shrinkage by 0.1 per cent. This could make a significant difference to a patient’s symptoms.

Professor Bangham explained that the findings were unexpected: “We were amazed by the results, and we were surprised by the size of the apparent effect of haemoglobin on brain shrinkage. Over a number of years it could significantly impact a patient’s symptoms.”

He added that high haemoglobin levels are not the only factor leading to brain shrinkage, but could be a significant contributor.

Existing trials are testing potential MS treatments that mop up excess iron. Professor Bangham questions whether this is the best approach.

“It may be more effective to look at ways of removing excess haemoglobin from the blood, rather than iron. There are number of drugs that do this, although none have been used for multiple sclerosis.”

Furthermore, testing haemoglobin in the blood would not be helpful. This would only show that brain shrinkage is occurring – which would already be detectable on a scan.

The study was performed on patients who had been taking part in a clinical trial, examining the effect of statins on secondary progressive MS.

The trial showed statins may have a beneficial effect on brain shrinkage, although this doesn’t seem to be linked to haemoglobin levels said Professor Bangham.

“We are still unsure how the statins work, but it seems to be completely separate from the way haemoglobin triggers brain shrinkage.”

The team are now working on further studies to confirm the findings, and explore what treatments may tackle high levels of haemoglobin in the blood.

About this sleep research article

Funding: The work was funded by Wellcome and the Medical Research Council.

Background
A major cause of disability in secondary progressive multiple sclerosis (SPMS) is progressive brain atrophy, whose pathogenesis is not fully understood. The objective of this study was to identify protein biomarkers of brain atrophy in SPMS.

Methods
We used surface-enhanced laser desorption-ionization time-of-flight mass spectrometry to carry out an unbiased search for serum proteins whose concentration correlated with the rate of brain atrophy, measured by serial MRI scans over a 2-year period in a well-characterized cohort of 140 patients with SPMS. Protein species were identified by liquid chromatography-electrospray ionization tandem mass spectrometry.

Results
There was a significant (p<0.004) correlation between the rate of brain atrophy and a rise in the concentration of proteins at 15.1 kDa and 15.9 kDa in the serum. Tandem mass spectrometry identified these proteins as alpha-haemoglobin and beta-haemoglobin, respectively. The abnormal concentration of free serum haemoglobin was confirmed by ELISA (p<0.001). The serum lactate dehydrogenase activity was also highly significantly raised (p<10-12) in patients with secondary progressive multiple sclerosis.

Conclusions
An underlying low-grade chronic intravascular haemolysis is a potential source of the iron whose deposition along blood vessels in multiple sclerosis plaques contributes to the neurodegeneration and consequent brain atrophy seen in progressive disease. Chelators of free serum iron will be ineffective in preventing this neurodegeneration, because the iron (Fe2+) is chelated by haemoglobin.