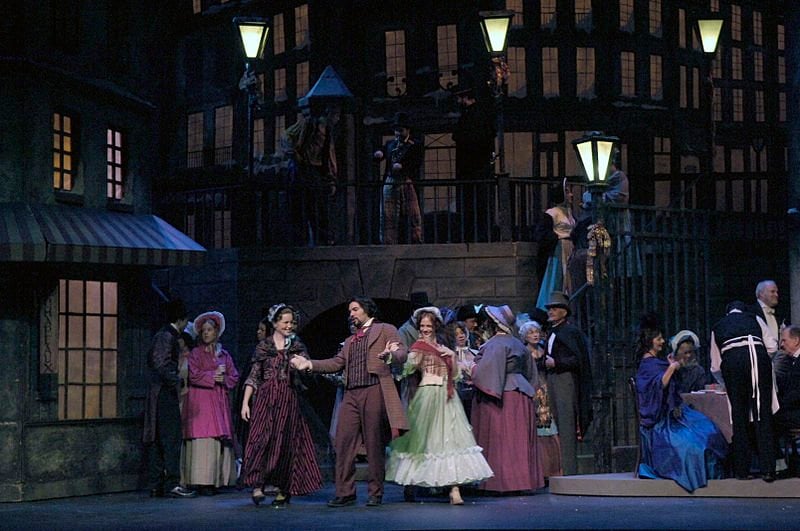 De’Anthony Thomas put Duck fans into a heightened zone of engagement for watching the 2013 Fiesta Bowl when he returned the opening kickoff for a touchdown, says University of Oregon researcher Frank Diaz.

Music students achieved a similar zone when they were exposed to a brief session of mindfulness meditation before hearing an opera passage, Diaz says.

As a high school orchestra and band educator in Florida, Diaz flirted with yoga and light meditation in a quest to heighten music engagement. He noticed an anecdotal connection to improved attention by his students.

Diaz is now an assistant professor in the UO School of Music and Dance, and is exploring how mindfulness meditation may enhance both music engagement and performance. He began the research while a doctoral student at Florida State University.

In a study appearing online ahead of publication in the journal Psychology of Music, he reports a rise of focused engagement for student participants who listened to a 10-minute excerpt of Giacomo Puccini’s opera “La Boheme” after listening to a 15-minute recording of a segment produced by the Duke University Center for Mindfulness Research. Mindfulness is an ancient technique that helps direct a person’s consciousness into the present. In this case, listeners were reminded to focus on physical sensations or their breathing if their attention drifted.

The 132 student participants were divided into four groups. Those undergoing mindfulness preparation were then additionally divided into subgroups that were tested for two types of peak experiences: a highly emotional experience known as aesthetic response, and flow; the listeners’ effortless engagement or how much “in the zone” they were as they listened to the music.

Control groups, which did not hear the mindfulness recording, were tested either for aesthetic or flow responses. Subjects were tested for real time responses using a Continuous Response Digital Interface developed in the late 1980s at Florida State University. The device allows subjects to turn a dial, rather than speaking, in response to how music moves them as they listen. The dial’s movement was recorded.

Overall, 97 percent of the participants had either one or several moments of flow or aesthetic response. Of the 69 subjects who engaged in mindfulness, 64 percent thought the technique had enhanced their listening experience.

There was a discrepancy between the subjects’ responses gathered in real time and summative data, how they reacted by turning the dial while listening vs. how they recalled their experience at the end of the experiments. Diaz said that the real time responses more accurately captured the attention being devoted to the music, and that the mindfulness technique helped drive participants into the zone of readiness to listen to music they’ve heard many times before.

“It tends to take habituated responses and renews them. It’s almost like a reset button,” Diaz said. “For musicians, if you’re a symphony player, you’ve probably played ‘Beethoven’s No. 9′ 10,000 times. Your response is so habituated that you don’t get any pleasure out of it anymore. The cool thing about La Boheme is that it has been used in music-related studies for years, and we have these patterns documented over time by people studying responses to music. That lets you compare past and present with a new group.”

The study, he said, has potential ramifications for music education. “Attention can be modified,” he said. “It doesn’t have to be done chemically or by changing the environment. Human beings have the capacity to learn to self-regulate their attention, and when you do that it increases the quality of typical, everyday experiences. Listening to music mindfully can be a powerful way of increasing your quality of life. We really found significant increases in the participants’ aesthetic and flow experience. Some were intense. They were really in the zone.”

The paper by Diaz is among a growing number of research projects devoted to understanding how meditative techniques such as mindfulness affect the brain and improves health and behavior.

In the current issue of SCAN (Social Cognitive and Affective Neuroscience), UO psychologist Michael Posner and Yi-Yuan Tang of Texas Tech University noted in an editorial that the numbers of research papers published on mindfulness have grown from 28 in 2001 to 397 in 2011.

Posner and Tang have collaborated on a series of projects that look at brain changes involved in a mindfulness technique called integrative body-mind training that is practiced in parts of China. Tang, who had served as a visiting professor at the UO, remains affiliated with the UO psychology department as a research professor. The pair’s editorial provides an overview of the various research findings and how mindfulness may apply in the mental health and medical fields.

“This research is contributing to our overall understanding of how the brain works,” said Kimberly Andrews Espy, UO vice president for research and innovation, and dean of the graduate school. “Examining these alternative means of enhancing brain activity has the potential to benefit society in a number of ways, and may lead to new treatments for mental illness, brain injuries and other disorders.”

Berkman’s findings were in a paper co-authored by Janna Dickenson and Matthew D. Lieberman, both of the University of California, Los Angeles, and Joanna Arch of the University of Colorado at Boulder. The National Institutes of Health supported their research, which was conducted at UCLA, through a grant to Berkman, who is studying various ways to help tobacco users give up their habits.

Notes about this mindfulness research article