Summary: Researchers explore the link between the immune system and mental health disorders. Cytokines appear to play a critical role in the development and progression of mental illness. They question if administering prednisolone, a steroid that curbs inflammation, can have a beneficial effect on treating and preventing mental health problems.

Our understanding of how our psyche affects our immune system – and vice versa – has been limited. Until now.

Many people have long believed that there is a connection between mental health and the immune system, but we’ve known very little about what the relevant biological mechanisms might be.

“Most people have had the sense of this connection, but as doctors, we haven’t quite kept up,” says Associate Professor Solveig Merete Klæbo Reitan at NTNU’s Department of Mental Health.

So the field has been left to alternative therapists instead. But that is changing.

“This link is no longer controversial among doctors. But it’s new. We’re finding that patients are happy about the change,” says Klæbo Reitan.

She practices at St. Olavs Hospital, specializing in psychiatry, and also holds a doctorate in immunology. Now, interest in the connection between the psyche and the immune system – and the physiological connections – is stronger than before, including among doctors.

“Both of these cells are small molecules that have the same type of structure and
configuration,” says Klæbo Reitan. “The distinction between them is something human beings have invented. We’re not talking about two different systems. Now it’s become clear that the signal molecules in the immune system also transmit to the nervous system and vice versa.

Serious research has been scarce in this field. But meditating and having some kind of emotional balance may actually influence your immune system.

Klæbo Reitan is part of a new research project that will address the connection between psychoses and the immune system.

“We know that people with mental disorders are also more susceptible to various inflammations in the body and to immune system disorders. This indicates that an interaction exists,” says Klæbo Reitan.

The opposite applies too, of course. We also know that people who have been subjected to neglect or childhood abuse are more susceptible to various diseases of the immune system.

That’s why people with psychosis should be given prednisolone – a steroid drug that can curb inflammation – to see if the treatment can have a beneficial effect on mental health. 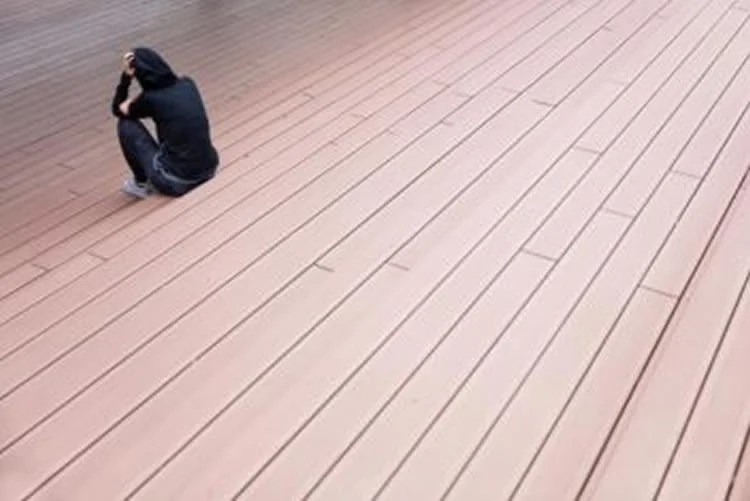 No. You can’t think yourself well. But a life in balance can help an illness run its course better. The image is credited to Norwegian University of Science and Technology.

Klæbo Reitan ponders whether we might be able to prevent mental disorders by treating the immune system.

The universities in Stavanger, Bergen and Utrecht are collaborating with NTNU on the research. The first results are probably four to five years away since this kind of research takes time.

How about thinking your way into good health?

“No,” says Klæbo Reitan, “you can’t recover from cancer or arthritis just by thinking, but the disease may take a better course if a person can maintain a positive mental state. This also supports ideas about psychotherapy and meditation. ‘Thinking your way into health’ is an incentive that expresses how important this topic is. But it’s still at the experimental stage. We’ll have to wait and see.”

Klæbo Reitan held a lecture in the Literature House (Litteraturhuset) in Trondheim in the spring about the connection between the psyche and the immune system. As with her previous lecture, this one sold out too, but Litteraturhuset will be arranging two new lectures with her this autumn.