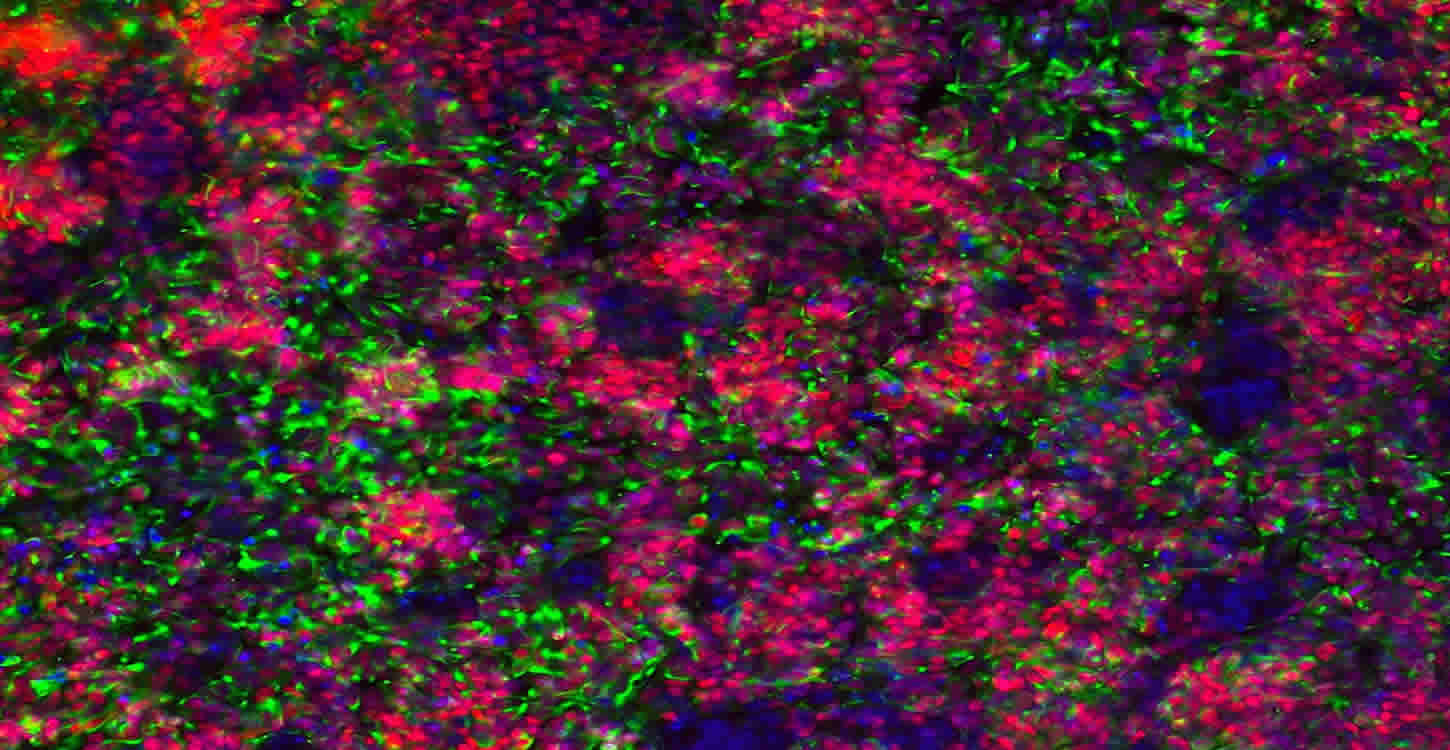 Researchers have for the first time successfully converted adult human skin cells into neurons of the type that regulate appetite, providing a patient-specific model for studying the neurophysiology of weight control and testing new therapies for obesity. The study, led by researchers at Columbia University Medical Center (CUMC) and at the New York Stem Cell Foundation (NYSCF), was published last month in the online issue of the Journal of Clinical Investigation.

In a separate study, which appeared in the February 10 issue of the journal Development, Kevin Eggan, PhD, Florian Merkle, and Alexander Schier of Harvard University have also succeeded in creating hypothalamic neurons from iPS cells. These neurons help to regulate behavioral and basic physiological functions in the human body, including, in addition to appetite, hypertension, sleep, mood, and some social disorders. The investigators at Columbia and Harvard shared ideas during the course of the research, and these studies are co-validating.

“Mice are a good model for studying obesity in humans, but it would better to have human cells for testing. Unfortunately, the cells that regulate appetite are located in an inaccessible part of the brain, the hypothalamus. So, until now, we’ve had to make do with a mouse model or with human cells harvested at autopsy. This has greatly limited our ability to study fundamental aspects of human obesity,” said senior author Rudolph L. Leibel, MD, the Christopher J. Murphy Memorial Professor of Diabetes Research, professor of pediatrics and medicine, and co-director of the Naomi Berrie Diabetes Center at CUMC.

To make the neurons, human skin cells were first genetically reprogrammed to become induced pluripotent stem (iPS) cells. Like natural stem cells, iPS cells are capable of developing into any kind of adult cell when given a specific set of molecular signals in a specific order. The iPS cell technology has been used to create a variety of adult human cell types, including insulin-producing beta cells and forebrain and motor neurons. “But until now, no one has been able to figure out how to convert human iPS cells into hypothalamic neurons,” said co-author Dieter Egli, PhD, assistant professor of pediatrics (in developmental cell biology), a member of the Naomi Berrie Diabetes Center, and a senior research fellow at NYSCF.

“This is a wonderful example of several institutions coming together to collaborate and advance research in pursuit of new therapeutic interventions. The ability to make this type of neuron brings us one step closer to the development of new treatments for obesity,” said Susan L. Solomon, CEO of NYSCF.

The CUMC/NYSCF team determined which signals are needed to transform iPS cells into arcuate hypothalamic neurons, a neuron subtype that regulates appetite. The transformation process took about 30 days. The neurons were found to display key functional properties of mouse arcuate hypothalamic neurons, including the ability to accurately process and secrete specific neuropeptides and to respond to metabolic signals such as insulin and leptin.

“We don’t think that these neurons are identical to natural hypothalamic neurons, but they are close and will still be useful for studying the neurophysiology of weight control, as well as molecular abnormalities that lead to obesity,” said Dr. Leibel. “In addition, the cells will allow us to evaluate potential obesity drugs in a way never before possible.”

“This shows,” said Dr. Eggan, “how improved understanding of stem cell biology is making an impact on our ability to study, understand, and eventually treat disorders of the nervous system. Because there are so few hypothalamic neurons of a given type, they have been notoriously difficult to study. The successful work by both groups shows that this problem has been cracked.”

About this stem cell research

Unleashing Treg Cells May Lead to Treatments for Multiple Sclerosis

The study was funded primarily by grants from the National Institutes of Health (RO1 DK52431-20), the New York Stem Cell Foundation, a NYSTEM IIRP award (C026184), the Foundation for Prader-Willi Research, the Rudin Foundation, the Russell Berrie Foundation Program in Cellular Therapy, and the Diabetes and Obesity Research Centers of Columbia University (P30 DK63608-12, P30 DK26687-33).

The hypothalamus is the central regulator of systemic energy homeostasis, and its dysfunction can result in extreme body weight alterations. Insights into the complex cellular physiology of this region are critical to the understanding of obesity pathogenesis; however, human hypothalamic cells are largely inaccessible for direct study. Here, we developed a protocol for efficient generation of hypothalamic neurons from human embryonic stem cells (ESCs) and induced pluripotent stem cells (iPSCs) obtained from patients with monogenetic forms of obesity. Combined early activation of sonic hedgehog signaling followed by timed NOTCH inhibition in human ESCs/iPSCs resulted in efficient conversion into hypothalamic NKX2.1+ precursors. Application of a NOTCH inhibitor and brain-derived neurotrophic factor (BDNF) further directed the cells into arcuate nucleus hypothalamic-like neurons that express hypothalamic neuron markers proopiomelanocortin (POMC), neuropeptide Y (NPY), agouti-related peptide (AGRP), somatostatin, and dopamine. These hypothalamic-like neurons accounted for over 90% of differentiated cells and exhibited transcriptional profiles defined by a hypothalamic-specific gene expression signature that lacked pituitary markers. Importantly, these cells displayed hypothalamic neuron characteristics, including production and secretion of neuropeptides and increased p-AKT and p-STAT3 in response to insulin and leptin. Our results suggest that these hypothalamic-like neurons have potential for further investigation of the neurophysiology of body weight regulation and evaluation of therapeutic targets for obesity.