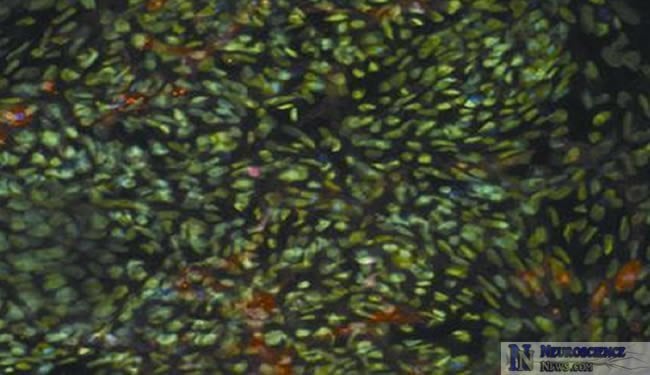 In previous research, scientists were only able to create one kind of motor neuron that required a technique using retinoic acid. This new method does not rely on the use of retinoic acid and results in a wide range of motor neurons developed from the embryonic stem cells.

The ability to create different types of motor neurons in the lab from human embryonic stem cells could help scientists understand the differences that make some motor neurons more vulnerable to damage and disease than others.

Scientists have discovered a new way to generate human motor nerve cells in a development that will help research into motor neurone disease.

A team from the Universities of Edinburgh, Cambridge and Cardiff has created a range of motor neurons – nerves cells that send messages from the brain and spine to other parts of the body – from human embryonic stem cells in the laboratory.

It is the first time that researchers have been able to generate a variety of human motor neurons, which differ in their make-up and display properties depending on where they are located in the spinal cord.

The research, published in the journal Nature Communications, could help scientists better understand motor neurone disease. The process will enable scientists to create different types of motor neurons and study why some are more vulnerable to disease than others.

Motor neurons control muscle activity such as speaking, walking, swallowing and breathing. However, in motor neurone disease – a progressive and ultimately fatal disorder – these cells break down leading to paralysis, difficulty speaking, breathing and swallowing.

Previously scientists had only been able to generate one particular kind of motor neuron, which they did by using retinoic acid, a vitamin A derivative.

In the latest study, scientists have found a way to generate a wider range of motor neurons using a new process without retinoic acid.

Professor Siddharthan Chandran, Director of the Euan MacDonald Centre for Motor Neurone Disease Research at the University of Edinburgh, said: “Motor neurons differ in their make-up, so understanding why some are more vulnerable than others to disease is important for developing treatment for this devastating condition.”

Dr Rickie Patani, of the University of Cambridge, said: “Although motor neurons are often considered as a single group, they represent a diverse collection of neuronal subtypes. The ability to create a range of different motor neurons is a key step in understanding the basis of selective subtype vulnerability in conditions such as motor neuron disease and spinal muscular atrophy.”

Notes about this research article: