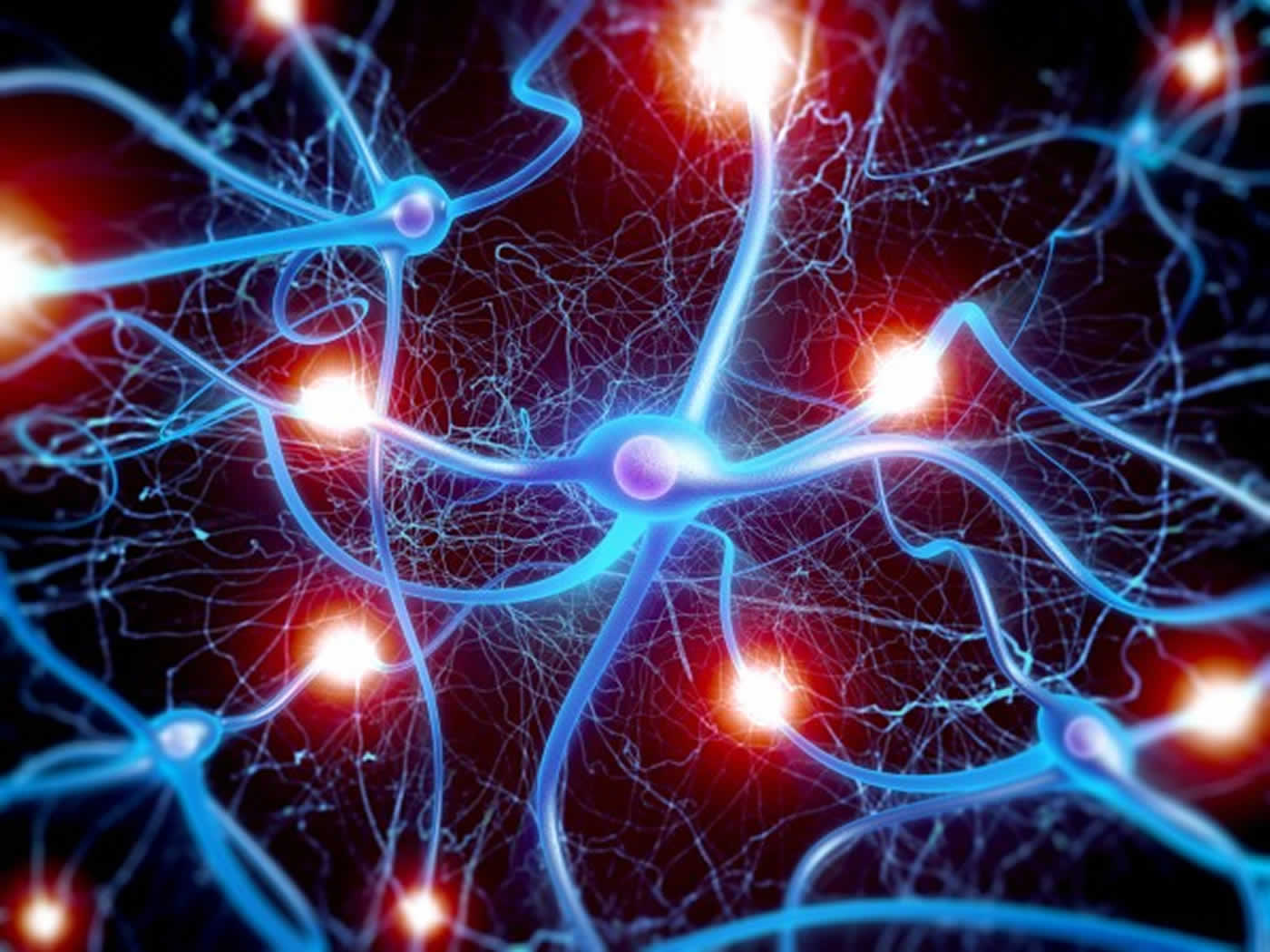 Ultrafast signal transmission between neurons is vital for normal neurologic and cognitive function. In the brain, cell-to-cell communication occurs at the junction that connects two neurons—a structure known as a synapse. NeuroscienceNews.com image is adapted from the Harvard press release.

How Neurons Are Able to Keep Up the Chatter

Summary: Researchers provide new insight into the mechanisms of neurotransmission.

Neuroscientists have long known that brain cells communicate with each other through the release of tiny bubbles packed with neurotransmitters—a fleet of vessels docked along neuronal ends ready to launch when a trigger arrives.

Now, a study conducted in mice by neurobiologists at Harvard Medical School reveals that dismantling the docking stations that house these signal-carrying vessels does not fully disrupt signal transmission between cells.

The team’s experiments, described Aug. 17 in the journal Neuron, suggest the presence of mechanisms that help maintain partial communication despite serious structural aberrations.

“Our results not only address one of the most fundamental questions about neuronal activity and the way cells in the brain communicate with each other but uncover a few surprises too,” said Pascal Kaeser, senior author on the study and assistant professor of neurobiology at HMS.

“Our findings point to a fascinating underlying resilience in the nervous system.”

Ultrafast signal transmission between neurons is vital for normal neurologic and cognitive function. In the brain, cell-to-cell communication occurs at the junction that connects two neurons—a structure known as a synapse.

At any given moment, neurotransmitter-carrying vesicles are on standby at designated docking stations, called active zones, each awaiting a trigger to release its load across the synaptic cleft and deliver it to the next neuron.

Signal strength and speed are determined by the number of vesicles ready and capable of releasing their cargo to the next neuron.

Neuroscientists have thus far surmised that destroying the docking stations that house neurotransmitter-loaded bubbles would cause all cell-to-cell communication to cease. The HMS team’s findings suggest otherwise.

“Neurons appear to retain some residual communication even with a key piece of their communication apparatus missing.” – Shan Shan Wang

To examine the relationship between docking stations and signal transmission, researchers analyzed brain cells from mice genetically altered to lack two key building proteins, the absence of which led to the dismantling of the entire docking station.

When researchers measured signal strength in neurons with missing docking stations, they observed that those cells emitted much weaker signals when demand to transmit information was low. However, when stronger triggers were present, these cells transmitted remarkably robust signals, the researchers noticed.

“We would have guessed that signal transmission would cease altogether but it didn’t,” said Shan Shan Wang, a neuroscience graduate student in Kaeser’s lab and a co-first author of the study. “Neurons appear to retain some residual communication even with a key piece of their communication apparatus missing.”

Elimination of one active zone building block, a protein called RIM, led to a three-quarter reduction in the pool of vesicles ready for release. Disruption of another key structural protein, ELKS, resulted in one-third fewer ready-to-deploy vesicles. When both proteins were missing, however, the total reduction in the number of releasable vesicles was far less than expected. More than 40 percent of a neuron’s vesicles remained in a “ready to launch” state even with the entire docking station broken down and vesicles failing to dock.

The finding suggests that not all launch-ready vesicles need to be docked in the active zone when a trigger arrives. Neurons, the researchers say, appear to form a remote critical reserve of vesicles that can be quickly marshaled in times of high demand.

“In the absence of a docking sites, we observed that vesicles could be quickly recruited from afar when the need arises,” said Richard Held, an HMS graduate student in neuroscience and co-first author on the paper.

The team cautions that any clinical implications remain far off, but say that their observations may help explain how defects in genes responsible for making neuronal docking stations may be implicated in a range of neurodevelopmental disorders.

Highlights
•Deletion of RIM and ELKS leads to loss of Munc13, Bassoon/Piccolo, and RIM-BP
•Synaptic vesicle numbers and the PSD remain unaltered after active zone disruption
•This disruption results in loss of vesicle docking and reduced release probability
•Fusion competent vesicles persist upon disruption of the active zone and docking

Summary
In a nerve terminal, synaptic vesicle docking and release are restricted to an active zone. The active zone is a protein scaffold that is attached to the presynaptic plasma membrane and opposed to postsynaptic receptors. Here, we generated conditional knockout mice removing the active zone proteins RIM and ELKS, which additionally led to loss of Munc13, Bassoon, Piccolo, and RIM-BP, indicating disassembly of the active zone. We observed a near-complete lack of synaptic vesicle docking and a strong reduction in vesicular release probability and the speed of exocytosis, but total vesicle numbers, SNARE protein levels, and postsynaptic densities remained unaffected. Despite loss of the priming proteins Munc13 and RIM and of docked vesicles, a pool of releasable vesicles remained. Thus, the active zone is necessary for synaptic vesicle docking and to enhance release probability, but releasable vesicles can be localized distant from the presynaptic plasma membrane.