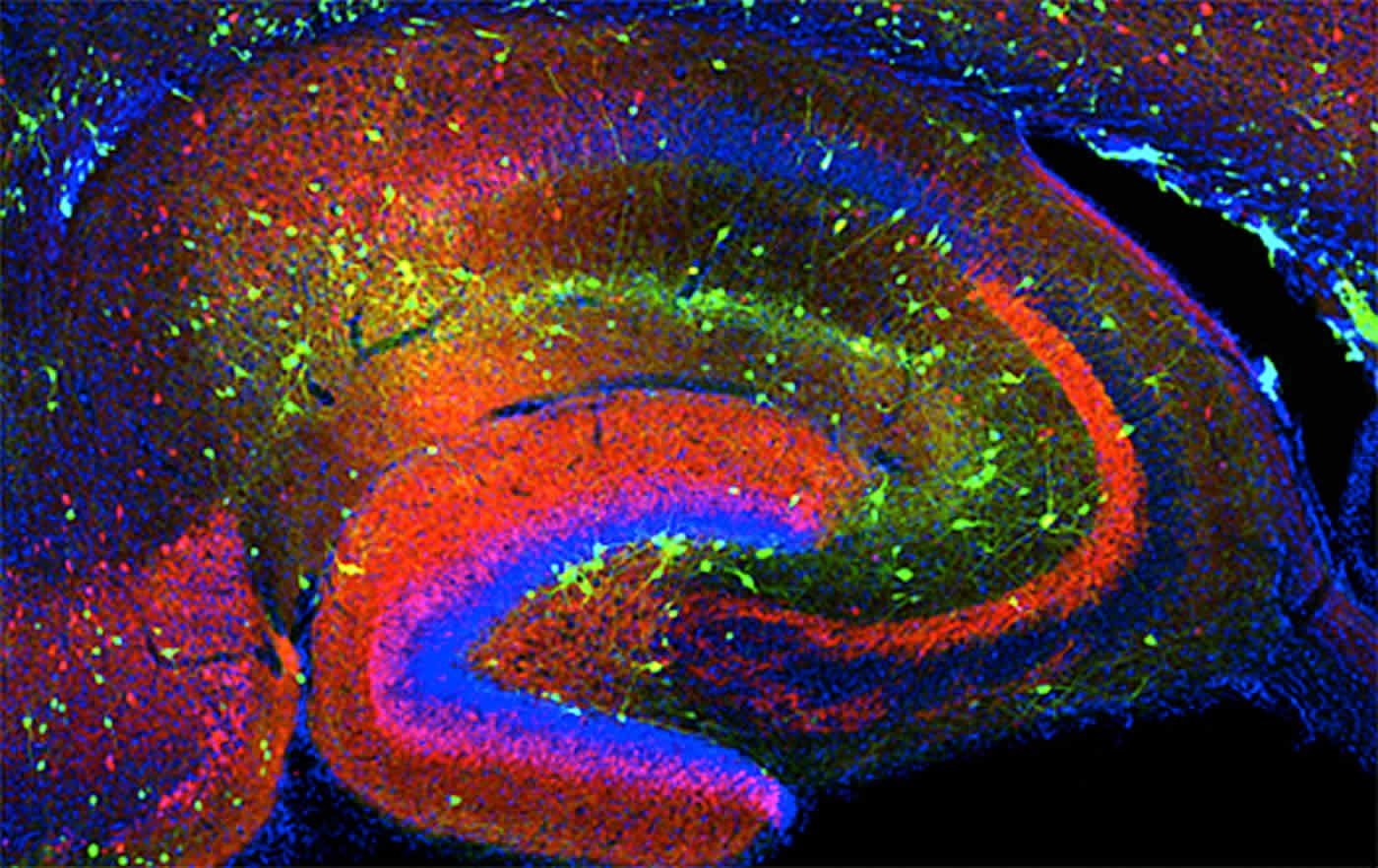 Previous work by the researchers showed temporarily inactivating dorsal hippocampal neurons following a sucrose meal--the period during which the memory of a meal forms--accelerates the onset of the next meal and causes rats to eat more. Image is for illustrative purposes only. Credit: NIH/NICHD.

Eating sweet foods causes the brain to form a memory of a meal, according to researchers at Georgia State University, Georgia Regents University and Charlie Norwood VA Medical Center.

The findings, published online in the journal Hippocampus, show that neurons in the dorsal hippocampus, the part of the brain that is critical for episodic memory, are activated by consuming sweets. Episodic memory is the memory of autobiographical events experienced at a particular time and place.

In the study, a meal consisting of a sweetened solution, either sucrose or saccharin, significantly increased the expression of the synaptic plasticity marker called activity-regulated cytoskeleton-associated protein (Arc) in dorsal hippocampal neurons in rats. Synaptic plasticity is a process that is necessary for making memories.

“We think that episodic memory can be used to control eating behavior,” said Marise Parent, professor in the Neuroscience Institute at Georgia State. “We make decisions like ‘I probably won’t eat now. I had a big breakfast.’ We make decisions based on our memory of what and when we ate.”

That possibility is supported by the researchers’ previous work, which showed that temporarily inactivating dorsal hippocampal neurons following a sucrose meal–the period during which the memory of a meal forms–accelerates the onset of the next meal and causes rats to eat more.

Forming memories of meals is important to a healthy diet. A London-based study shows that disrupting the encoding of the memory of a meal in humans, such as by watching television, increases the amount of food they consume during the next meal. Researchers have found that people with amnesia will eat again if presented with food, even if they’ve already eaten, because they have no memory of the meal.

To understand energy regulation and the causes of obesity, scientists must consider how the brain controls meal onset and frequency, Parent said.

Studies have found that increased snacking is correlated positively with obesity, and obese individuals snack more frequently than people who aren’t obese. Research also shows that over the past three decades, children and adults are eating more snacks per day and deriving more of their daily calories from snacks, mostly in the form of desserts and sweetened beverages.

In the future, the research team would like to determine if nutritionally balanced liquid or solid diets that typically contain protein, fat and carbohydrates have a similar effect on Arc expression in dorsal hippocampal neurons and whether increases in Arc expression are necessary for the memory of sweet foods.

About this neuroscience and memory research

There is limited knowledge regarding how the brain controls the timing of meals. Similarly, there is a large gap in our understanding of how top-down cognitive processes, such as memory influence energy intake. We hypothesize that dorsal hippocampal (dHC) neurons, which are critical for episodic memory, form a memory of a meal and inhibit meal onset during the postprandial period. In support, we showed previously that reversible inactivation of these neurons during the period following a sucrose meal accelerates the onset of the next meal. If dHC neurons form a memory of a meal, then consumption should induce synaptic plasticity in dHC neurons. To test this, we determined (1) whether a sucrose meal increases the expression of the synaptic plasticity marker activity-regulated cytoskeleton-associated protein (Arc) in dHC CA1 neurons, (2) whether previous experience with sucrose influences sucrose-induced Arc expression, and (3) whether the orosensory stimulation produced by the noncaloric sweetener saccharin is sufficient to induce Arc expression. Male Sprague-Dawley rats were trained to consume a sweetened solution at a scheduled time daily. On the experimental day, they were given a solution for 7 min, euthanized, and then fluorescence in situ hybridization procedures were used to measure meal-induced Arc mRNA. Compared to caged control rats, Arc expression was significantly higher in rats that consumed sucrose or saccharin. Interestingly, rats given additional experience with sucrose had less Arc expression than rats with less sucrose experience, even though both groups consumed similar amounts on the experimental day. Thus, this study is the first to suggest that orosensory stimulation produced by consuming a sweetened solution and possibly the hedonic value of that sweet stimulation induces synaptic plasticity in dHC CA1 neurons in an experience-dependent manner. Collectively, these findings are consistent with our hypothesis that dHC neurons form a memory of a meal.