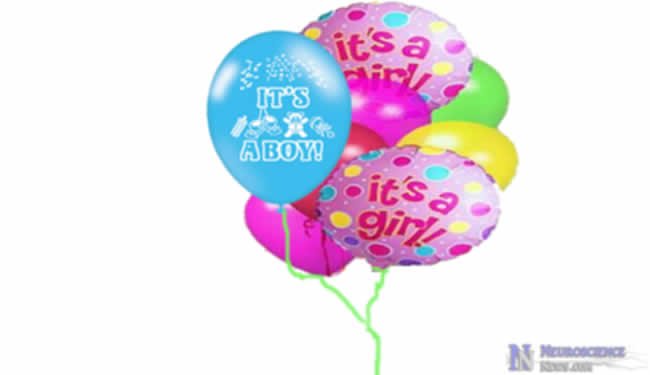 Two healthy baby girls and a healthy baby boy were born recently as part of a genetic screening study. These babies were the first human babies born that relied on IVF and had each chromosome assessed in the oocyte stages before IVF. The genetic screening technique used improves on many other methods. With this technique, no cells are taken from a developing embryo, no freezing or biopsy is needed for the genetic screening, and the technique can be done in real-time. Read more about this incredible genetic research in the article below.

Two women taking part in the world’s first controlled study of a comprehensive genetic screening test before IVF have given birth to healthy babies. The babies, twin girls born in Germany in June and a singleton boy born in Italy in September, are the first deliveries in a pilot study of comparative genomic hybridisation (CGH) by microarray, a new method of screening oocytes for IVF for a full range of chromosomal disorders.

Dr Cristina Magli, embryologist at the SISMER Centre in Bologna, one of the two centres taking part in the trial, said: ” All the babies and their mothers are doing very well in terms of weight and overall developmental performance.”

The births, as well as several ongoing pregnancies in the study group, are the final stage in the “proof of principle” that the screening of oocytes and embryos before transfer in IVF can increase birth rates; both these pregnancies were derived from oocytes whose complete chromosomal status had been assessed by microarray CGH.

The study, which was conducted in Bologna, Italy, and Bonn, Germany, was designed and organised by a task force of ESHRE to determine the clinical value of CGH as a non-subjective means of genetic screening before embryo transfer.

“The whole world of IVF has been trying to find an effective way of screening for these abnormalities for more than a decade, but results so far have been disappointing with the technology available. Now we have a new technology in array CGH and our hopes are that this will finally provide a reliable means of assessing the chromosomal status of the embryos we transfer.”

The microarray CGH technique as evaluated in the ESHRE study has several advantages over other methods:

•CGH tests all 23 pairs of chromosomes in a cell, and not just a limited number (as in former methods)
•The cell tested (known as the polar body) is taken from an oocyte at fertilisation, and so does not require biopsy of a cell from a developing embryo for its analysis
•Earlier chromosome tests were on cells biopsied from growing embryos and did not necessarily reflect the total status of the embryo (because of chromosome “mosaicism”); polar body analysis removes this potential problem
•Other CGH tests on biopsies from five-day-old embryos require several days to deliver complete results – and thus require the freeze-storage of the embryo before it can be transferred; polar body CGH can be done in real time and does not require freezing

At the everyday clinical level, polar body CGH is likely to have two more important consequences: first, because the analysis is performed on oocytes and not on embryos, countries like Germany which outlaw embryo analysis and freezing will now have at their disposal a reliable method of preimplantation genetic screening; and second, because the chromosomal status of the transferred embryo can be accurately predicted (with no more than a 10 per cent error rate as found in the ESHRE study), the reduction of multiple pregnancies in IVF by single embryo transfer will become more attractive.

In the short term, the IVF patients most likely to benefit from preimplantation screening by polar body CGH are those of an older maternal age (over 37 years), those with a record of unsuccessful IVF, and those with a history of miscarriage; all these conditions are associated with a higher than average rate of embryonic chromosomal abnormality.

“The study has already caused huge interest in the scientific and clinical community,” says Dr Magli, “and we are very proud to announce these results. It is the first time that a scientific society like ESHRE has organised a study to determine the clinical value of a technique which could prove a revolution in IVF.”

The next step for ESHRE will be to upgrade the pilot study into a large-scale international clinical trial, which is planned to start in 2011.

1. The pilot study was performed at the SISMER centre in Bologna, Italy (Professor Luca Gianaroli, chairman of ESHRE, and Dr Cristina Magli), and the University of Bonn, Germany (Dr Markus Montag and Professor Hans van der Ven). All data from the study were independently collected and analysed by Sjoerd Repping from the Academic Medical Centre in Amsterdam.

Speech as a New Diagnostic Tool in ALS and FTD

2. Results of validating the accuracy of the pilot study analysis were presented at ESHRE’s 2010 annual meeting in Rome. They showed that 23-chromosome testing of both polar bodies with array CGH can be completed within 12-13 hours (thereby allowing for fresh transfer), and that the reliable identification of the chromosomal status of an oocyte is possible in almost 90 per cent of attempts.

3. The average age of the patients in the study was 40.0 years, an age usually associated with a poor outcome in IVF.

4. The CGH technique allows visualisation of numerical loss or gain in each of the 23 chromosome pairs of a cell, reflected in array patterns above or below a normal reference range. A numerical gain at chromosome 21, for example, (“trisomy 21”) is consistent with risk of Down’s syndrome.

5. Two polar bodies are formed as an oocyte reaches maturity. They each contain by-products from the maturation process. The first polar body is extruded at the time of ovulation (when mature), and the second at fertilisation.

ESHRE is the world’s leading professional society in reproductive science and medicine, with almost 6000 members throughout the world.