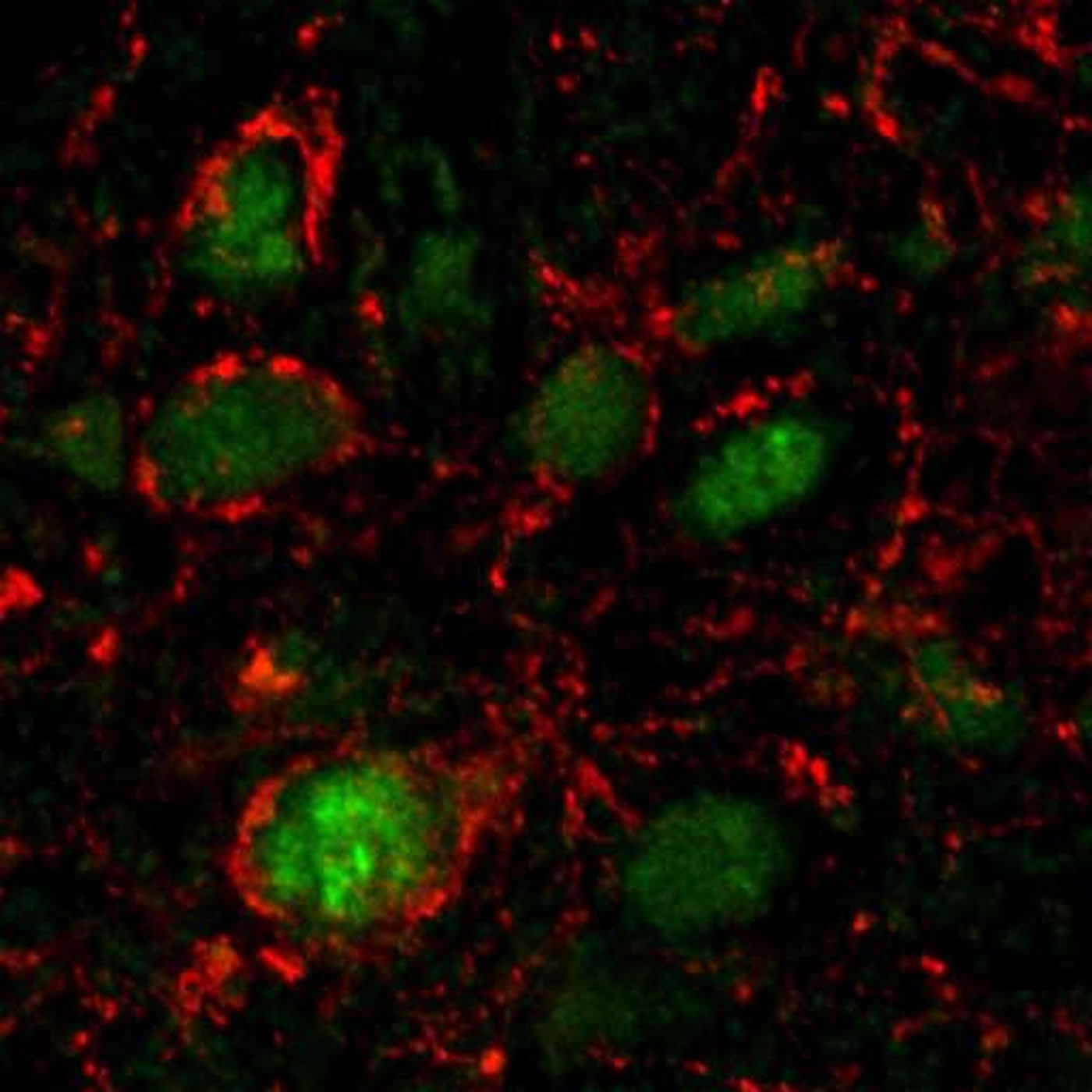 Gut Microbes Signal to the Brain When They Are Full

Don’t have room for dessert? The bacteria in your gut may be telling you something. Twenty minutes after a meal, gut microbes produce proteins that can suppress food intake in animals, reports a study published November 24 in Cell Metabolism. The researchers also show how these proteins injected into mice and rats act on the brain reducing appetite, suggesting that gut bacteria may help control when and how much we eat.

The new evidence coexists with current models of appetite control, which involve hormones from the gut signalling to brain circuits when we’re hungry or done eating. The bacterial proteins–produced by mutualistic E. coli after they’ve been satiated–were found for the first time to influence the release of gut-brain signals (e.g., GLP-1 and PYY) as well as activate appetite-regulated neurons in the brain.

“There are so many studies now that look at microbiota composition in different pathological conditions but they do not explore the mechanisms behind these associations,” says senior study author Sergueï Fetissov of Rouen University and INSERM’s Nutrition, Gut & Brain Laboratory in France. “Our study shows that bacterial proteins from E. coli can be involved in the same molecular pathways that are used by the body to signal satiety, and now we need to know how an altered gut microbiome can affect this physiology.”

Mealtime brings an influx of nutrients to the bacteria in your gut. In response, they divide and replace any members lost in the development of stool. The study raises an interesting theory: since gut microbes depend on us for a place to live, it is to their advantage for populations to remain stable. It would make sense, then, if they had a way to communicate to the host when they’re not full, promoting host to ingest nutrients again.

In the laboratory, Fetissov and colleagues found that after 20 minutes of consuming nutrients and expanding numbers, E. coli bacteria from the gut produce different kinds of proteins than they did before their feeding. The 20 minute mark seemed to coincide with the amount of time it takes for a person to begin feeling full or tired after a meal. Excited over this discovery, the researcher began to profile the bacterial proteins pre- and post-feeding.

They saw that injection of small doses of the bacterial proteins produced after feeding reduced food intake in both hungry and free-fed rats and mice. Further analysis revealed that “full” bacterial proteins stimulated the release of peptide YY, a hormone associated with satiety, while “hungry” bacterial hormones did not. The opposite was true for glucagon-like peptide-1 (GLP-1), a hormone known to simulate insulin release.

The investigators next developed an assay that could detect the presence of one of the “full” bacterial proteins, called ClpB in animal blood. Although blood levels of the protein in mice and rats detected 20 minutes after meal consumption did not change, it correlated with ClpB DNA production in the gut, suggesting that it may link gut bacterial composition with the host control of appetite. The researchers also found that ClpB increased firing of neurons that reduce appetite. The role of other E.coli proteins in hunger and satiation, as well as how proteins from other species of bacteria may contribute, is still unknown.

“We now think bacteria physiologically participate in appetite regulation immediately after nutrient provision by multiplying and stimulating the release of satiety hormones from the gut,” Fetisov says. “In addition, we believe gut microbiota produce proteins that can be present in the blood longer term and modulate pathways in the brain.”

Scientists Zero in on Genetic Causes of Parkinson’s