Summary: A new study reports American gun owners are exhibiting increased levels of political participation, not only by voting but also donating to candidate funds and contacting elected officials.

American gun owners in recent years have exhibited higher levels of political participation, not only in voting but in donating money to candidates and contacting elected officials, according to a study by University of Kansas political scientists.

“Part of the reason majority opinions on gun control legislation aren’t turning into policy is that gun owners are a very strong political group who hold a lot of weight and hold a lot of influence despite being a minority in American politics,” said Abbie Vegter, a graduate student in political science.

Vegter is collaborating on the research with KU political science professors Don Haider-Markel and Mark Joslyn. They will present their findings, “Motivated Voices: Gun Ownership and the Propensity for Political Participation,” today, Sept. 2, as part of the American Political Science Association’s annual meeting in Boston.

Haider-Markel and Joslyn have published several studies on gun politics in recent decades.

In the recent study, the researchers examined the political behavior of gun owners versus non-gun owners in presidential election years from 1972 to 2012. Primarily, they found that gun owners have increasingly become more politically active during that time. The findings could be key in determining why major gun control legislation in Congress has remained elusive, even after mass shootings such as Newtown in 2012 and others, even when a majority of people tend to support stricter gun laws.

“Our major conclusion establishes gun owners as a distinct social group, and we see how that social group influences their likelihood of participating in politics,” Vegter said.

Much of political conversation surrounding guns tends to focus on large groups like the National Rifle Association’s influence, but Vegter said the study’s results paint a different picture.

“Only one in five gun owners belong to the NRA, so we think there is something else going on than just the NRA when it comes to mobilization,” she said.

One explanation could be shifting reasons for owning a gun and how more people tend to see it as part of their identity.

“Owning a gun for hunting doesn’t necessarily mean being a hunter is a core part of your identity,” she said. “But owning a gun because you think it’s an essential right guaranteed in the Constitution is more a part of your political identity. It’s something more attached from the get-go to politics.”

Vegter said the researchers are still exploring what has driven this shift in attitude among gun owners, whether it was in response to past gun control legislation at the state level or a reaction to certain candidates who were elected who had stronger views about gun control.

Conservatives seem to have done a better deal at realizing this trend and seeking to politically mobilize gun owners in campaign ads and other actions, she said. 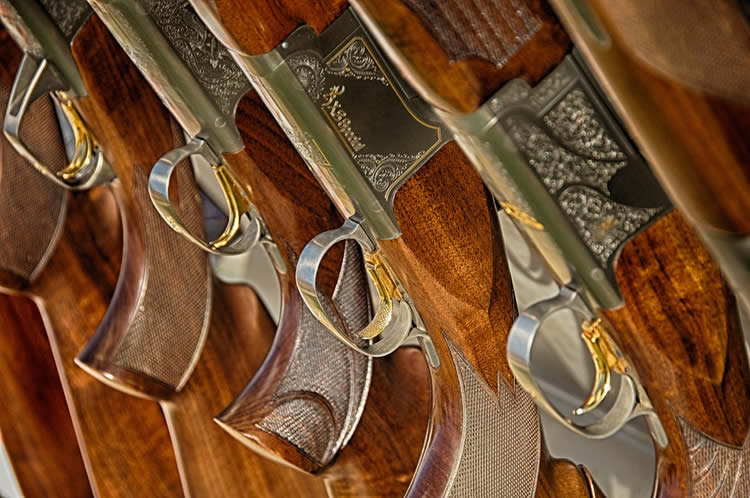 The findings could be key in determining why major gun control legislation in Congress has remained elusive, even after mass shootings such as Newtown in 2012 and others, even when a majority of people tend to support stricter gun laws. NeuroscienceNews.com image is in the public domain.

“There are a couple of lessons. For individuals, especially individual gun control advocates, in order to make a difference, you need to match this level of mobilization and participation,” Vegter said. “There is also a lesson there for politicians who I think traditionally have not seen gun owners as a political group to be addressed.”

One development to watch will be the level of activity, especially among students who survived the Feb. 14 shooting at Marjory Stoneman Douglas High School in Parkland, Florida. Many of them have advocated in campaigns and in national media for stricter gun control policies, which has kept the issue in the forefront longer than what typically occurs after a high-profile mass shooting, she said.

“There has been this sustained attention,” Vegter said, “and I think the true test will be that mobilization piece.”

Funding: The research is financed by Nordea-fonden.