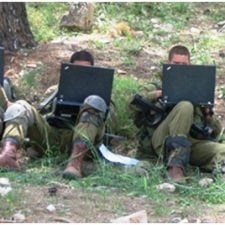 The onset of Post-Traumatic Stress Disorder (PTSD) is unpredictable. Because it depends on the unforeseeable occurrence of traumatic events, it is difficult to identify preventative or causative factors. Scientists typically turn to patients who have already developed PTSD to study the disorder, but that means they can’t draw comparisons to their psychological state prior to experiencing trauma.

Now, through a combination of genetic and psychological testing, Prof. Yair Bar-Haim and PhD student Ilan Wald of Tel Aviv University’s School of Psychological Sciences have identified factors that mitigate against PTSD. Their study focused on infantry soldiers in the Israel Defence Forces (IDF). Soldiers have a high probability of experiencing traumatic events, explains Prof. Bar-Haim, so a susceptible subgroup is practically bound to develop the disorder.

Through psychological and DNA studies, they discovered that excessive threat vigilance, a behavior typically associated with elevated anxiety in everyday life, is a normal response in soldiers during combat deployment. In combat, those soldiers who avoided threats were more likely to develop PTSD as a result of traumatic experiences. This study, which was done in collaboration with the IDF, the National Institutes of Mental Health, and Mount Sinai School of Medicine in New York, was published in JAMA Psychiatry.

Through attention bias modification training, which trains participants to direct their attention either towards or away from threatening stimuli, soldiers could learn to increase their vigilance towards threats before they’re deployed, possibly reducing their risk for PTSD, he says. He also notes that this discovery could prove valuable in PTSD prevention for populations that are more likely to be exposed to traumatic situations.

A heightened attention to threat

To explore the causative factors of PTSD, Prof. Bar-Haim and his fellow researchers designed a study of 1,100 new infantry recruits to the IDF. Each participant underwent testing first at the time of recruitment, again after basic training, and finally six months into their deployment in a conflict zone. Several major vulnerability and resilience factors were measured: self-reported symptoms of anxiety, depression, and PTSD; threat-related attention bias; combat exposure; and genetic markers that indicate a tendency towards anxiety.

The researchers noticed that where computer-based testing revealed a strong vigilance towards threats during deployment, the soldier was much less likely to develop PTSD. That discovery corresponded to significant genetic findings about the serotonin transporter gene, which plays a key role in the control of serotonin availability in the brain and modulates important psychological functions such as mood, appetite, and sleep. It has three variants: short/short, short/long and long/long. The short/short variant of the gene is associated with enhanced threat vigilance and a higher incidence of anxiety and depression in everyday conditions. But in war zones, soldiers who carried the short/short variant of the gene were actually at an advantage, since their attuned attention towards threat protected them from developing PTSD in traumatic situations.

In the persistent conflict in Israel, rates of PTSD symptoms are at approximately six to seven percent. For soldiers serving in active war zones like Iraq or Afghanistan, the rate is much higher and could reach up to 20 percent, reports Prof. Bar-Haim. He commends the IDF and US Army for their commitment to finding a solution. “They are on the front line of science in trying to understand risk and resilience factors,” he says.

Identifying this protective factor is a first step towards preventative treatment, Prof. Bar-Haim reports. Teaching soldiers to be more sensitive to threats prior to deployment could reduce the overall risk of developing PTSD. The researchers are currently developing a study that will test different preventative treatment options, and hope to have results in the next few years.

Notes about this PTSD and neurobiology research article