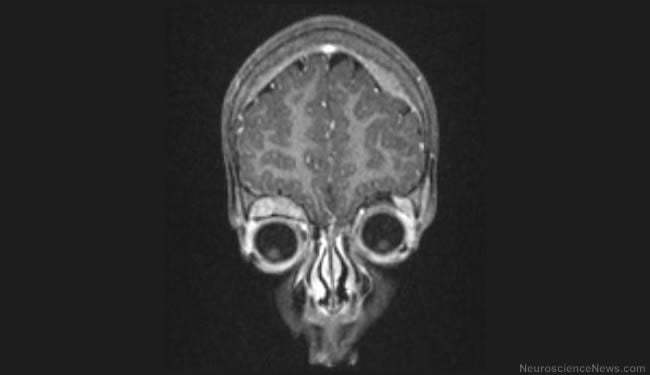 Research involving programmed cell death has lead to new information about the involvement of a protein named FLIP in cell survival and cell death.

Researchers identified the protein FLIP and the silencing of the enzyme RIPK3 as important clues to the confusing nature of caspase-8. Caspase-8 has been linked to programmed cell death but also has been noted as an essential enzyme during embryonic development.

By creating and studying mice lacking genes to produce caspase-8 and RIPK3, the scientists discovered an important role of FLIP.

In the new study, mice missing genes for both caspase-8 and RIPK3 production did not experience the severe embryonic developmental problems seen previously with mice lacking caspase-8, were born at normal rates and appeared normal in early life.

After analyzing these new findings, the researchers found that FLIP combines with caspase-8 to form a new enzyme complex. This enzyme complex disrupts RIPK3, resulting in a prevention of cell death via programmed necrosis.

The researchers also showed that FLIP prevented caspase-8 from triggering cell death via apoptosis, though the exact mechanisms are not understood.

Further details are provided in the release below, though this is research that will probably be much better understood by studying the original research paper at Nature.

The findings solve a riddle that has puzzled scientists for more than a decade regarding the dual nature of caspase-8, an enzyme intimately linked to the cell’s suicide pathway but also essential for cell survival during embryonic development and the immune response. Researchers identified FLIP and the silencing of another enzyme, named RIPK3, as playing pivotal roles. The study was published in the March 2 advance online edition of Nature.

Douglas Green, Ph.D., the paper’s senior author and chair of the St. Jude Department of Immunology, said work is already underway to use the findings to generate new cancer treatment targets and fresh insight into the missteps that give rise to certain tumors as well as evidence of how some virus-infected cells escape the pathways designed to dispatch such threats.

“It is a pretty rare thing to ‘cure’ a lethal mutation in an animal by removing another gene. When that happens, the biology shouts out to us that this is important. We just have to listen,” Green said.

While loss of caspase-8 was known to be lethal during embryonic development, in this study investigators showed mice that lacked both caspase-8 and RIPK3 were born at normal rates and appeared developmentally normal early in life.

Investigators went on to show that caspase-8 prevents programmed necrosis by combining with FLIP to form an enzyme complex that disrupts RIPK3 functioning and so prevents death via programmed necrosis. The work also demonstrated that FLIP expression prevents caspase-8 from triggering cell death via apoptosis, although the exact mechanism must still be determined. Apoptosis relies on caspase enzymes and other molecules to ensure the cell self destructs.

Green said the findings provide insight into the mechanisms at work in neuroblastoma and other tumors that suffer a loss of caspase-8. “We are beginning collaborative experiments to examine these tumors to see if RIPK3 is deleted or blocked,” he said. Neuroblastoma arises in cells of the sympathetic nervous system. It is the most common solid tumor in children, accounting for up to 10 percent of all childhood cancers.

Notes about the research article

Andrew Oberst, a St. Jude postdoctoral fellow, is the study’s first author. The other authors are Christopher Dillon, Ricardo Weinlich, Laura McCormick and Patrick Fitzgerald, all of St. Jude; Cristina Pop and Guy Salvesen, of Sanford-Burnham Medical Research Institute, La Jolla; and Razq Hakem, of the University of Toronto.