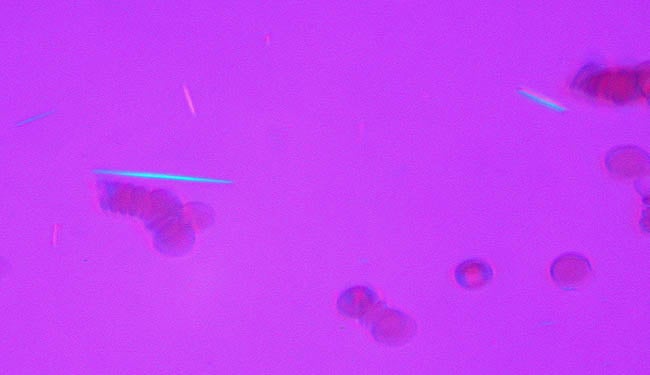 Use of the antioxidant urate to protect against the neurodegeneration caused by Parkinson’s disease appears to rely on more than urate’s ability to protect against oxidative damage. In the May issue of the open-access journal PLoS One, researchers from the MassGeneral Institute for Neurodegenerative Diseases (MGH-MIND) describe experiments suggesting the involvement of a novel mechanism in urate’s protection of cultured brain cells against Parkinson’s-like damage.

“Our experiments showed, unexpectedly, that urate’s ability to protect neurons requires the presence of neighboring cells called astrocytes,” says Michael Schwarzschild, MD, PhD, of MGH-MIND, the study’s senior author. “The results suggest there may be multiple ways that raising urate could help protect against neurodegeneration in diseases like Parkinson’s and further support the development of treatments designed to elevate urate in the brain.” Schwarzschild and colleagues in the Parkinson’s Study Group currently are conducting a clinical trial investigating one approach to that strategy.

Characterized by tremors, rigidity, difficulty walking and other symptoms, Parkinson’s disease is caused by destruction of brain cells that produce the neurotransmitter dopamine. Several epidemiological studies suggested that healthy people with elevated levels of urate, a normal component of the blood, may have a reduced risk of developing Parkinson’s disease, and investigations by Schwarzschild’s team found that Parkinson’s patients with higher naturally occuring urate levels had slower progression of their symptoms.

The current study was designed to investigate whether both added urate and urate already present within the cells protect cultured dopamine-producing neurons against Parkinson-like degeneration. In addition, since previous studies suggested that urate’s protective effects depended on the presence of astrocytes,  star-shaped cells of the central nervous system that provide both structural and metabolic support to neurons,  the MGH-MIND team explored how the presence of astrocytes affects the ability of urate to protect against damage induced by MPP+, a toxic molecule that produces the same kind of neurodegeneration seen in Parkinson’s and is widely used in research studies.

The experiments showed that, while added urate reduced MPP+-induced cell death by about 50 percent in cultured dopamine-producing mouse neurons, urate treatment virtually eliminated neuronal death in cultures containing both neurons and astrocytes. They also showed that reducing intracellular urate levels by induced expression of the enzyme that breaks it down increased neuronal vulnerability to MPP+ toxicity significantly in cultures that included astrocytes but only slightly in neuron-rich cultures. The fact that the presence of astrocytes greatly increases the protection of both externally applied urate and urate produced within cells indicates that the effect depends on more than urate’s ability to directly protect neurons against oxidative stress.

“A valuable next step will be determining whether endogenous urate is protective in live animal models of Parkinson’s disease,” says Schwarzschild. “It also will be important to determine whether we can selectively increase urate levels in brain cells by targeting urate transporter molecules. The approach now in early clinical trials examines whether treatment with the urate precursor inosine, which increases urate levels throughout the body, can slow the progression of the disease. If we could raise urate levels in brain cells without changing them in the rest of the body, we could avoid the risks of of excessive urate, which when accumulated in joints can cause gout.”

Schwarzschild is an associate professor of Neurology at Harvard Medical School. Sara Cipriani, MD, of MGH-MIND is the lead and corresponding author of the PLoS One report. The study was supported by grants from the National Institutes of Health, the Department of Defense and the American Parkinson’s Disease Association.