Summary: A new study reports cannabis use in teens is associated with a higher risk of developing depression and anxiety as adults.

Researchers from McGill University and the University of Oxford carried out a systematic review and meta-analysis of the best existing evidence and analysed 23,317 individuals (from 11 international studies) to see whether use of cannabis in young people is associated with depression, anxiety and suicidality in early adulthood.

They found that cannabis use among adolescents is associated with a significant increased risk of depression and suicidality in adulthood (not anxiety). While the individual-level risk was found to be modest, the widespread use of the drug by young people makes the scale of the risk much more serious.

The population attributable risk was found to be around 7%, which translates to more than 400,000 adolescent cases of depression potentially attributable to cannabis exposure in the US, 25,000 in Canada and about 60,000 in the UK.

Dr. Gabriella Gobbi, Professor, Department of Psychiatry, McGill University and a scientist at the Research Institute of the McGill University Health Centre, states: “While the link between cannabis and mood regulation has been largely studied in preclinical studies, there was still a gap in clinical studies regarding the systematic evaluation of the link between adolescent cannabis consumption and the risk of depression and suicidal behaviour in young adulthood. This study aimed to fill this gap, helping mental health professionals and parents to better address this problem”.

Professor Andrea Cipriani, NIHR Research Professor of Psychiatry at the University of Oxford, said: ‘We looked at the effects of cannabis because its use among young people is so common, but the long-term effects are still poorly understood. We carefully selected the best studies carried out since 1993 and included only the methodologically sound ones to rule out important confounding factors, such us premorbid depression.’

‘Our findings about depression and suicidality are very relevant for clinical practice and public health. Although the size of the negative effects of cannabis can vary between individual adolescents and it is not possible to predict the exact risk for each teenager, the widespread use of cannabis among the young generations makes it an important public health issue. 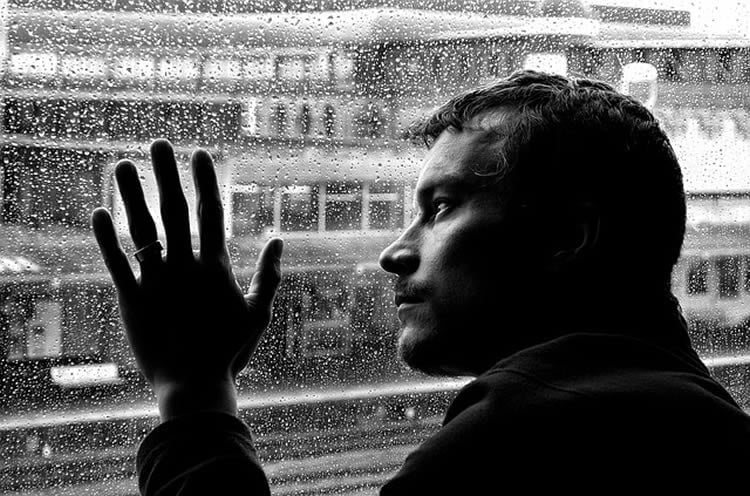 The population attributable risk was found to be around 7%, which translates to more than 400,000 adolescent cases of depression potentially attributable to cannabis exposure in the US, 25,000 in Canada and about 60,000 in the UK. NeuroscienceNews.com image is in the public domain.

‘Regular use during adolescence is associated with lower achievement at school, addiction, psychosis and neuropsychological decline, increased risk of motor vehicle crashes, as well as the respiratory problems that are associated with smoking.’

The active ingredient in cannabis,THC, mediates most of psychoactive and mood-related effects of cannabis and also has addictive properties. Preclinical studies in laboratory animals reported an association between pubertal exposure to cannabinoids and adult-onset depressive symptoms. It is thought that cannabis may alter the physiological neurodevelopment (frontal cortex and limbic system) of adolescent brains.

While the review of observational studies was the first to look at the effects of cannabis use in adolescents only, it was not possible to predict the risk at the individual level, nor was it possible to discern information about the dose-dependent risk of cannabis use.

Association of Cannabis Use in Adolescence and Risk of Depression, Anxiety, and Suicidality in Young Adulthood: A Systematic Review and Meta-analysis

Objective
To provide a summary estimate of the extent to which cannabis use during adolescence is associated with the risk of developing subsequent major depression, anxiety, and suicidal behavior.

Study Selection
Longitudinal and prospective studies, assessing cannabis use in adolescents younger than 18 years (at least 1 assessment point) and then ascertaining development of depression in young adulthood (age 18 to 32 years) were selected, and odds ratios (OR) adjusted for the presence of baseline depression and/or anxiety and/or suicidality were extracted.

Main Outcomes and Measures
The studies assessing cannabis use and depression at different points from adolescence to young adulthood and reporting the corresponding OR were included. In the studies selected, depression was diagnosed according to the third or fourth editions of Diagnostic and Statistical Manual of Mental Disorders or by using scales with predetermined cutoff points.

Conclusions and Relevance
Although individual-level risk remains moderate to low and results from this study should be confirmed in future adequately powered prospective studies, the high prevalence of adolescents consuming cannabis generates a large number of young people who could develop depression and suicidality attributable to cannabis. This is an important public health problem and concern, which should be properly addressed by health care policy.