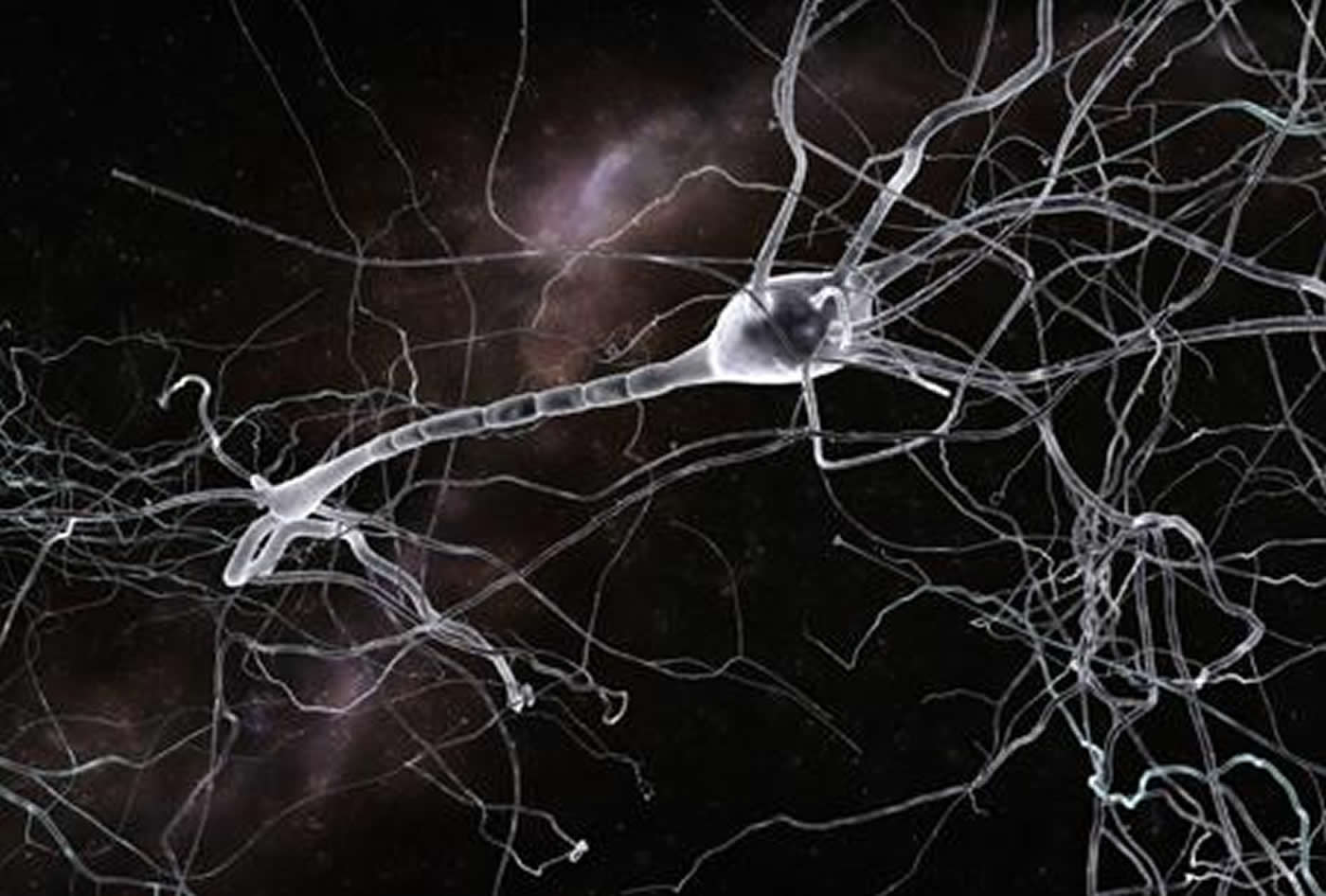 The numbers of opiate receptors in the brain increases to combat severe pain in arthritis sufferers. Credit: University of Manchester.

Pain Threshold Can Be Raised by Altering Brain Chemistry

Scientists at The University of Manchester have shown for the first time that the numbers of opiate receptors in the brain increases to combat severe pain in arthritis sufferers.

Chronic pain — pain which lasts for more than six months — is a real problem for many people with approximately 46% of the UK population estimated to suffer from it (comprising 20% of consultations in general practice). However, some people seem to cope better than others with pain, and knowing more about how these coping mechanisms work might help to develop new ways of treating this distressing symptom.

It has been known for a long time that we have receptors in our brains that respond to natural painkilling opiates such as endorphins, but the researchers in Manchester have now shown that these receptors increase in number to help cope with long-term, severe pain.

By applying heat to the skin using a laser stimulator, Dr Christopher Brown and his colleagues showed that the more opiate receptors there are in the brain, the higher the ability to withstand the pain.

The study used Positron Emission Tomography (PET) imaging on 17 patients with arthritis and nine healthy controls to show the spread of the opioid receptors.

This suggests that the increase in opiate receptors in the brain is an adaptive response to chronic pain, allowing people to deal with it more easily.

Dr Brown said: “As far as we are aware, this is the first time that these changes have been associated with increased resilience to pain and shown to be adaptive.

“Although the mechanisms of these adaptive changes are unknown, if we can understand how we can enhance them, we may find ways of naturally increasing resilience to pain without the side effects associated with many pain killing drugs.”

Professor Anthony Jones is the director of the Manchester Pain Consortium which is focused on improving the understanding and treatment of chronic pain. He said: “This is very exciting because it changes the way we think about chronic pain.

“There is generally a rather negative and fatalistic view of chronic pain. This study shows that although the group as a whole are more physiologically vulnerable, the whole pain system is very flexible and that individuals can adaptively upregulate their resilience to pain.

“It may be that some simple interventions can further enhance this natural process, and designing smart molecules or simple non-drug interventions to do a similar thing is potentially attractive.”

Val Derbyshire, a patient with arthritis said: “As a patient who suffers chronic pain from osteoarthritis, I am extremely interested in this research. I feel I have developed coping mechanisms to deal with my pain over the years, yet still have to take opioid medication to relieve my symptoms.

“The fact that this medication has to be increased from time to time concerns me greatly, due to the addictive nature of these drugs. The notion of enhancing the natural opiates in the brain, such as endorphins, as a response to pain, seems to me to be infinitely preferable to long term medication with opiate drugs.

“Anything that can reduce reliance on strong medication must be worth pursuing.”

Professor of Cognitive Neuroscience at the University, Wael El-Deredy said: “Receptor imaging is challenging and requires the co-ordination of a large team to collect and analyse the images. We are very lucky to have this technique in Manchester. There are very few places in the world where this study could have been done.”

The paper, ‘Striatal opioid receptor availability is related to acute and chronic pain perception in arthritis: Does opioid adaptation increase resilience to chronic pain?’, featured in the journal Pain, published by Wolters Kluwer.

Funding: The research was funded by the Medical Research Council.

The experience of pain in humans is modulated by endogenous opioids, but it is largely unknown how the opioid system adapts to chronic pain states. Animal models of chronic pain point to upregulation of opioid receptors (OpR) in the brain, with unknown functional significance. We sought evidence for a similar relationship between chronic pain and OpR availability in humans. Using positron emission tomography and the radiotracer 11C-diprenorphine, patients with arthritis pain (n = 17) and healthy controls (n = 9) underwent whole-brain positron emission tomography scanning to calculate parametric maps of OpR availability. Consistent with the upregulation hypothesis, within the arthritis group, greater OpR availability was found in the striatum (including the caudate) of patients reporting higher levels of recent chronic pain, as well as regions of interest in the descending opioidergic pathway including the anterior cingulate cortex, thalamus, and periaqueductal gray. The functional significance of striatal changes were clarified with respect to acute pain thresholds: data across patients and controls revealed that striatal OpR availability was related to reduced pain perception. These findings are consistent with the view that chronic pain may upregulate OpR availability to dampen pain. Finally, patients with arthritis pain, compared with healthy controls, had overall less OpR availability within the striatum specifically, consistent with the greater endogenous opioid binding that would be expected in chronic pain states. Our observational evidence points to the need for further studies to establish the causal relationship between chronic pain states and OpR adaptation.