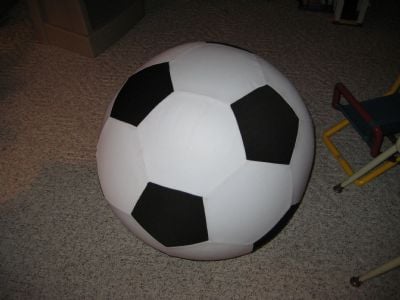 Neuroscientists have reported they have found an association between physical fitness and brain development in children. The report suggests children who are physically fitter tend to have larger hippocampi and perform better in memory based tests than their less fit counterparts.

Researchers have found an association between physical fitness and the brain in 9- and 10-year-old children: Those who are more fit tend to have a bigger hippocampus and perform better on a test of memory than their less-fit peers.

The new study, which used magnetic resonance imaging to measure the relative size of specific structures in the brains of 49 child subjects, appears in the journal Brain Research.

“This is the first study I know of that has used MRI measures to look at differences in brain between kids who are fit and kids who aren’t fit,” said University of Illinois psychology professor and Beckman Institute director Art Kramer, who led the study with doctoral student Laura Chaddock and kinesiology and community health professor Charles Hillman. “Beyond that, it relates those measures of brain structure to cognition.”

The study focused on the hippocampus, a structure tucked deep in the brain, because it is known to be important in learning and memory. Previous studies in older adults and in animals have shown that exercise can increase the size of the hippocampus. A bigger hippocampus is associated with better performance on spatial reasoning and other cognitive tasks.

“In animal studies, exercise has been shown to specifically affect the hippocampus, significantly increasing the growth of new neurons and cell survival, enhancing memory and learning, and increasing molecules that are involved in the plasticity of the brain,” Chaddock said.

Rather than relying on second-hand reports of children’s physical activity level, the researchers measured how efficiently the subjects used oxygen while running on a treadmill.

“This is the gold standard measure of fitness,” Chaddock said.

The physically fit children were “much more efficient than the less-fit children at utilizing oxygen,” Kramer said.

When they analyzed the MRI data, the researchers found that the physically fit children tended to have bigger hippocampal volume about 12 percent bigger relative to total brain size than their out-of-shape peers.

The children who were in better physical condition also did better on tests of relational memory the ability to remember and integrate various types of information than their less-fit peers.

“If you remove hippocampal volume from the equation,” Chaddock said, “the relationship between fitness and memory decreases.”

The new findings suggest that interventions to increase childhood physical activity could have an important effect on brain development, Kramer said.

“We knew that experience and environmental factors and socioeconomic status all impact brain development,” he said.