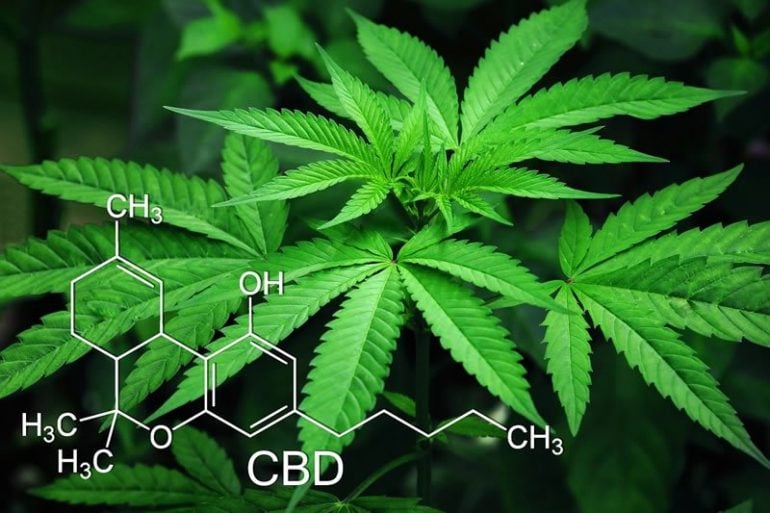 The paper outlines two studies that tested purified botanical CBD on mice in relation to Dravet syndrome. Image is in the public domain.

A purified botanical CBD used to treat mice with a rare form of epilepsy found for the first time that the treatment may reduce premature mortality, according to a new study.

In a paper published in the British Journal of Pharmacology today, scientists from the University of Reading and GW Research Ltd found that treating mice which have Dravet syndrome with purified botanical CBD showed improved mortality rates and lower scores for anxiety, depressive, cognitive and autistic-like social behavioural symptoms.

Dr Alister McNeish, an Associate Professor in Cardiovascular Pharmacology at the University of Reading said:

“This is an exciting finding that underscores the potential for purified botanical CBD to make a substantial difference to people with epilepsy. This is the first comprehensive longer term study in mice looking at CBD on problems associated with Dravet syndrome beyond seizure. It is the first to demonstrate that CBD treatments may have a beneficial impact the problems and potentially help reduced early death in mice for the rare forms of epilepsy.

“Interestingly, the paper also found a relationship between the drug and lower anxiety and depressive symptoms in mice and found that the mice treated with CBD did not exhibit motor side effects.”

Professor Claire Williams, Professor in the department of Psychology at the University of Reading said:

“These are encouraging findings for considering any development of drugs using purified botanical CBD. The development of new drugs using cannabis-derived compounds is an exciting new area of research and we hope to understand other potential benefits of CBD-derived treatments.”

In the first study using new-born mice, two groups of healthy mice and two groups of mice genetically bred to have Dravet Syndrome were either given CBD treatment or a control alternative. Neither the healthy group nor Dravet group who received CBD showed any adverse reactions. The Dravet group treated with CBD showed significantly improved survival and welfare rates compared to Dravet mice who received a control.

The second study found that CBD treatment in Dravet mice was able to reduce other problems associated with the syndrome that affect social behaviour, anxiety, depression and cognition.

Those Dravet mice that received the CBD treatment scored significantly higher on a range of tests, and the team recorded that the treatment group scored similarly to healthy mice in all tests.

The team did note that CBD did not show any significant effect on motor function, and they acknowledge that the paper was a non-clinical study carried out in mice.

Funding: The study was funded by GW Pharmaceuticals.

Background and Purpose
Dravet syndrome is a severe, genetic form of paediatric epilepsy associated with premature mortality and co‐morbidities such as anxiety, depression, autism, motor dysfunction and memory deficits. Cannabidiol is an approved anticonvulsive drug in the United States and Europe for seizures associated with Dravet syndrome in patients 2 years of age and older. We investigated its potential to prevent premature mortality and improve associated co‐morbidities.