How Our Brain Puts the World in Order

The world around is complex and changing constantly. To put it in order, we devise categories into which we sort new concepts. To do this we apply different strategies. A team of researchers at the Ruhr University Bochum (RUB) led by Dr. Boris Suchan, department of neuropsychology, and Dr. Onur Güntürkün, department of biopsychology, wanted to find our which areas of the brain regulate these strategies.

The results of their study using magnetic resonance imaging (MRI) show that there are indeed particular brain areas, which become active when a certain strategy of categorisation is applied.

When we categorise objects by comparing it to a prototype, the left fusiform gyrus is activated. This is an area, which is responsible for recognising abstract images. On the other hand, when we compare things to particular examples of a category, there is an activation of the left hippocampus. This field plays an important role for the storage or retrieval of memories.

Thinking in categories or pigeonholing helps our brain in bringing order into a constantly changing world and it reduces the information load. Cognitive scientists differentiate between two main strategies which achieve this: the exemplar strategy and the prototype strategy. 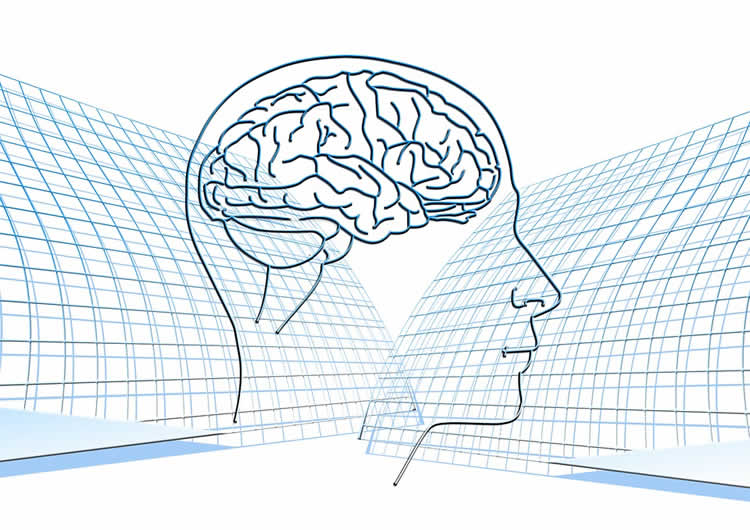 Thinking in categories or pigeonholing helps our brain in bringing order into a constantly changing world and it reduces the information load. Cognitive scientists differentiate between two main strategies which achieve this: the exemplar strategy and the prototype strategy. NeuroscienceNews.com image is for illustrative purposes only.

When we want to find out, whether a certain animal fits into the category “bird” we would at first apply the prototype strategy and compare it to an abstract general “bird”. This prototype has the defining features of the class, like a beak, feathers or the ability to fly. But when we encounter outliers or exceptions like an emu or a penguin, this strategy may be of no use. Then we apply the exemplar strategy and compare the animal to many different known examples of the category. This helps us find the right category, even for “distant relations”.

To find out where our brain is activated, when it is ordering the world, the neuroscientists in Bochum performed an MRI scan, while volunteers were completing a categorisation task. The functional imaging data showed that both strategies are triggered by different areas of the brain.

The scientists believe that there is a complex interaction between both learning patterns. “The results implicate that both strategies originate from distinct brain areas. We also observed that, during the learning process, the rhythm of activation in the two areas synchronised. This shows that both cognitive processes cannot be neatly separated,” explains Boris Suchan. Further modelling and research must now clarify this interaction.

Funding: The study resulted from a collaboration of two projects of Collaborative Research Centre 874. This DFG-funded research consortium has been studying sensory processing and memory at the Ruhr University since 2010.

The aim of the present study was to examine the contributions of different brain structures to prototype- and exemplar-based category learning using functional magnetic resonance imaging (fMRI). Twenty-eight subjects performed a categorization task in which they had to assign prototypes and exceptions to two different families. This test procedure usually produces different learning curves for prototype and exception stimuli. Our behavioral data replicated these previous findings by showing an initially superior performance for prototypes and typical stimuli and a switch from a prototype-based to an exemplar-based categorization for exceptions in the later learning phases. Since performance varied, we divided participants into learners and non-learners. Analysis of the functional imaging data revealed that the interaction of group (learners vs. non-learners) and block (Block 5 vs. Block 1) yielded an activation of the left fusiform gyrus for the processing of prototypes, and an activation of the right hippocampus for exceptions after learning the categories. Thus, successful prototype- and exemplar-based category learning is associated with activations of complementary neural substrates that constitute object-based processes of the ventral visual stream and their interaction with unique-cue representations, possibly based on sparse coding within the hippocampus.