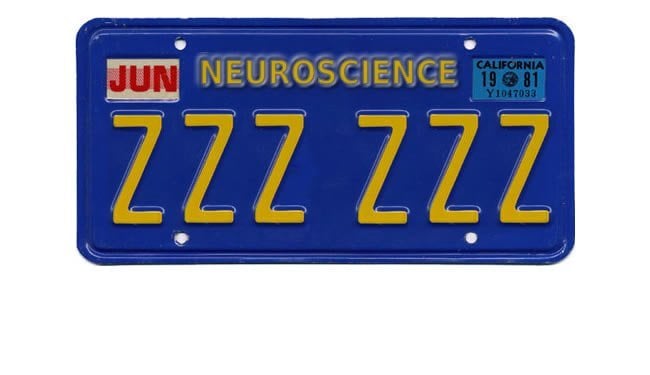 Hard to Catch Up on Sleep Loss Study Finds

Sleeping in on the weekends may not allow you to recover from the sleep lost during the work week according to a recent sleep study. Even recovering in bed for 10 hours straight, and sleeping an average of 9 hours, did not lead subjects in this experiment to perform skills as well as well-rested subjects. This sleep research study suggests that sleep recovery may need to be extended over many days to work after severe sleep loss.

A study in the Aug. 1 issue of the journal Sleep suggests that a dose of extra sleep on the weekend may be good medicine for adults who repeatedly stay up too late or wake up too early during the workweek. However, even a night of 10 hours in bed may not be enough to cure the negative effects of chronic sleep restriction.

Results show that neurobehavioral impairments such as increased lapses of attention and delayed reaction times accumulated across a period of five days when sleep was restricted to less than four hours per night. Behavioral, subjective and physiological measures of alertness improved significantly after a night of recovery sleep, with larger doses of sleep producing greater gains. Yet some neurobehavioral deficits continued to linger after the maximum recovery dose of 10 hours in bed, during which participants slept for an average of about nine hours. The study suggests that complete recovery from sustained sleep restriction may require even more sleep during one night or multiple nights of extended sleep.

“Recovery of alertness dimensions was remarkably dependent on the duration of the recovery time in bed,” said principal investigator David F. Dinges, PhD, director of the Unit for Experimental Psychiatry and chief of the Division of Sleep and Chronobiology at the University of Pennsylvania School of Medicine in Philadelphia, Pa. “However, the sleep restriction was severe enough that recovery of alertness was not complete following a single night of extended sleep, indicating a residual sleep debt remained. Lifestyles that involve chronic sleep restriction during the workweek and during days off work may result in continuing buildup of sleep pressure and in an increased likelihood of loss of alertness and increased errors.”

Beginning at 8 a.m. each day, participants completed 30-minute computerized neurobehavioral assessments every two hours during scheduled periods of wakefulness. Assessments included a 10-minute Psychomotor Vigilance Test and the Karolinska Sleepiness Scale. A modified Maintenance of Wakefulness Test also was conducted at baseline, on the fifth day of sleep restriction and on the recovery day.

Mean total sleep time dropped from 8.47 hours at baseline to 3.72 hours on the first night of sleep restriction. Relative to the control group, sleep restriction degraded all neurobehavioral functions across the five days of sleep loss. One night of recovery sleep then improved all neurobehavioral outcomes as sleep doses increased. However, lapses of attention, subjective sleepiness, reaction times and fatigue scores all remained elevated above baseline levels in the 27 participants who spent 10 hours in bed on the recovery night.

“The additional hour or two of sleep in the morning after a period of chronic partial sleep loss has genuine benefits for continued recovery of behavioral alertness,” said Dinges. “The bottom line is that adequate recovery sleep duration is important for coping with the effects of chronic sleep restriction on the brain.”

Extrapolations estimated that at least 10 hours of recovery sleep would be necessary for sleep-restricted participants to match the functional levels of the well-rested control group. However, the authors noted that circadian constraints on sleep duration may prevent individuals from getting enough sleep in one night to achieve recovery. Acute recovery in a single night would be more likely if the sleep restriction is less severe than that which participants experienced in the study.

Dinges also noted that performance and alertness deteriorated profoundly when the five nights of restricted sleep were followed by a night of either no sleep or only two hours of time in bed.

“This highlights the importance of avoiding all-night sleep deprivation following a period of restricted sleep,” he said.

Previous research led by Dinges found that even relatively moderate sleep restriction can seriously impair waking neurobehavioral functions in healthy adults. The study published in the journal Sleep in 2003 found that chronic restriction of sleep to six hours or less per night for 14 consecutive days produced cognitive performance deficits equivalent to up to two nights of total sleep deprivation.

In a 2009 study in the journal Sleep, Dinges and Mathias Basner, MD, reported that people who worked eight hours or more woke up earlier in the morning than people who worked less than eight hours, but they did not go to bed earlier at night. The study also found that watching TV was the primary activity people engaged in before going to bed. The authors suggested that giving up some TV viewing in the evening is one strategy to reduce chronic sleep restriction.

The peer-reviewed, scientific journal Sleep is published monthly by the Associated Professional Sleep Societies LLC, a joint venture of the American Academy of Sleep Medicine and the Sleep Research Society. The AASM is a professional membership society that is the leader in setting standards and promoting excellence in sleep medicine health care, education and research.