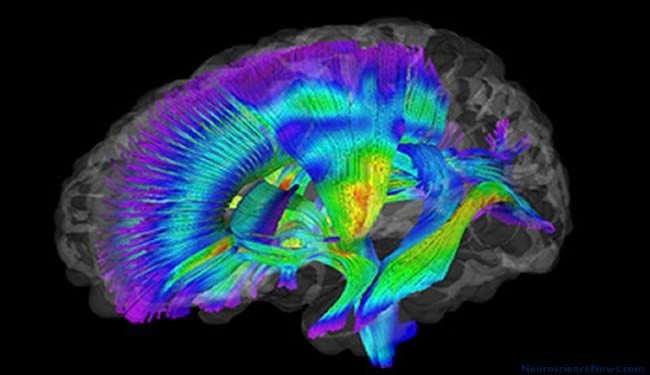 Brain Differences Seen at 6 Months in Infants Who Develop Autism

Researchers have found significant differences in brain development in infants as young as six months old who later develop autism, compared with babies who don’t develop the disorder.

The study, by scientists at Washington University School of Medicine in St. Louis, the University of North Carolina at Chapel Hill and other centers, involved infants considered to be at high risk for autism because they had an older sibling with the diagnosis. The findings are published online in the American Journal of Psychiatry.

The new research, which relied on brain scans acquired at night while infants were naturally sleeping, suggests that autism doesn’t appear abruptly, but instead develops over time during infancy.

“We were surprised that there were so many differences so early in infancy,” says co-author Kelly N. Botteron, MD, who is leading the effort at the Washington University study site. “As this study moves forward, we may want to scan babies at even younger ages so that we can try to see how early this pattern is emerging.”

The new findings involved brain scans from 92 infants who had completed diffusion tensor imaging (DTI), a type of MRI scan, at 6 months and behavioral assessments at 24 months of age. Most also had additional scans at 12 months or 24 months or both.

By 24 months, 28 of the infants (30 percent) met the diagnostic criteria for autism spectrum disorders. Scans of the infants with autism revealed changes in the pathways that connect brain regions to one another. In particular, the researchers found changes in multiple fiber pathways in the brain’s white matter.

“The idea that connections may be less organized in children with autism fits with our hypothesis,” says Botteron, a Washington University child psychiatrist at St. Louis Children’s Hospital. “These children may have some changes in the brain’s gray matter, too, but the way their neurons speak to each other clearly seems to be disrupted.”

The study represents the latest findings from the Infant Brain Imaging Study Network, a $10 million initiative funded by the National Institutes of Health (NIH).

“It’s a promising finding,” says Jason J. Wolff, PhD, first author of the paper and a postdoctoral fellow at UNC’s Carolina Institute for Developmental Disabilities. “At this point, it’s a preliminary, albeit a great, first step toward thinking about developing a biomarker for risk in advance of our current ability to diagnose autism.”

As part of the study, the researchers analyzed 15 separate tracts of white matter and found significant differences in 12 tracts among infants who later developed autism. Those changes were not found in the high-risk children who did not develop the disorder. The brain changes were identified using fractional anisotropy (FA) assessed with DTI, which measures white matter organization and development, based on the movement of water molecules through brain tissue.

“Water’s velocity and direction of movement is constrained by the structures around it,” explains Botteron, professor of psychiatry and radiology at Washington University. “In these white matter tracts, the water must flow in particular directions parallel to the axons that connect brain cells. This highly constrained directional flow is characterized by higher FA.”

FA was elevated at 6 months in infants who later were diagnosed with autism, but then changed more slowly over time. By 24 months, the infants with autism had lower FA values than those without the disorder.

How Storytelling Can Motivate Us to Help Others

“We were astonished by the scope of the differences,” Botteron says. “We didn’t expect that almost every pathway we examined was going to show these differences. That was very striking.”

Botteron and the other investigators around North America are continuing to recruit families with high-risk infants to participate in the Infant Brain Imaging Study. For more information visit the study’s website.