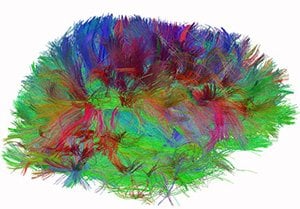 Ever since President Barack Obama announced a new initiative to map all the functional connections in the human brain, scientists have been worrying out loud that we may not yet have tools up to the task. After all, the brain has more than a billion neurons that make more than a trillion connections. Herzog says the technique used in his lab to study the biological clock might be useful for the Brain Activity Map as well. By recording neuronal activity, researchers can look for correlated changes between cells. When neuron 1 increases its firing, neuron 2 might be excited and increase its firing. The problem is knowing if that increase was a coincidence or a consequence. The technique, called BSAC (Between Sample Analysis of Connectivity) reliably reveals functional connections by first describing the statistics of impossible connections. If the two neurons are in different dishes, they cannot communicate so the increased firing of neuron 2 must have been a coincidence. By recording from lots of neurons in independent networks, BSAC defines the weakest possible connections that can be detected within a neural network. This could be useful in mapping connections between pairs of neurons or between brain regions. The image is credited to the NIH and was used within the press release.
Home
Featured

Scientists Map the Wiring of the Biological Clock

The World Health Organization lists shift work as a potential carcinogen, says Erik Herzog, PhD, Professor of Biology in Arts & Sciences at Washington University in St. Louis. And that’s just one example among many of the troubles we cause ourselves when we override the biological clocks in our brains and pay attention instead to the mechanical clocks on our wrists.

In the June 5 issue of Neuron, Herzog and his colleagues report the discovery of a crucial part of the biological clock: the wiring that sets its accuracy to within a few minutes out of the 1440 minutes per day. This wiring uses the neurotransmitter, GABA, to connect the individual cells of the biological clock in a fast network that changes strength with time of day.

Daily rhythms of sleep and metabolism are driven by a biological clock in the suprachiasmatic nucleus (SCN), a structure in the brain made up of 20,000 neurons, all of which can keep daily (circadian) time individually.

If the SCN is to be a robust, but sensitive, timing system, the neurons must synchronize precisely with one another and adjust their rhythms to those of the environment.

Herzog’s lab has discovered a push-pull system in the SCN that does both. In 2005 they reported that the neurons in the clock network communicate by means of a neuropeptide (VIP) that pushes them to synchronize with one another.

And, as they now report in Neuron, these neurons also communicate with GABA that pulls on them weakly, so they are not too tightly coupled.

Together these two networks (VIP and GABA) ensure the clock runs as coordinated, precise timepiece but one that can still adjust its timing to synchronize with the environment.

“We think the neurotransmitter network is there to introduce enough jitter into the system to allow the neurons to resynchronize when environmental cues change, as they do with the seasons,” Herzog says.

But, he says, since this biological ‘reset button’ evolved long before mechanical clocks, artificial lights, and high-speed travel, it doesn’t introduce enough jitter to allow us to adjust quickly to the extreme time shifts of modern life, such as flying “backward” (east) through several time zones.

Understanding the push-pull system in the SCN has enormous implications for public health, bearing, as it does, on daylight saving times, shift work, school starting times, medical intern schedules, truck driver hours, and many other issues where the clock in the brain is pitted against the clock in the hand.

The “clock” inside each SCN neuron depends on the cyclic expression of a family of genes such as the Period (PER) genes. The expression of these genes and the neuron’s firing rate typically peak at mid-day and fall at night. The gene activity is like the cogs in a clock, and the electrical activity like the hands on the clock.

Each neuron in the SCN keeps time, but because they’re different cells, they have slightly different rhythms. Some run a little bit fast and others a bit slow. If the SCN as a whole is to function as a clock, its neurons need to synchronize with one another.

The goal of the recent work in the Herzog lab has been to figure out how the clock cells are connected to each other. “It wasn’t clear, for example, if each neuron communicated with just a few of its neighbors or with all of them,” Herzog says.

Mark Freeman, a graduate student in the lab, developed a method for recording the firing rate of about 100 neurons simultanously on a multi-electrode array. “You float the SCN neurons down gently,” Herzog says, “and the neurons will attach to the electrodes, creating a clock in a dish that will tick away for weeks or months.”

Using these electrode arrays, his lab demonstrated that the neurons in the SCN are synchronized by the exchange of the neuropeptide VIP (vasoactive intestinal polypeptide), which alters the expression of PER to speed up or slow down neurons until they are all in synch.

These synchronized networks are very precise, says Herzog. If you let them free-run in constant darkness they will lose or gain only a few minutes out of the 1,440 minutes in a day. So they’re accurate to within 1 or 2 percent.

But they’re ever so slightly off the 24-hour cycle tied to one turn of the planet on its axis. Over time they would drift far enough off that cycle to be of little use to us, unless they also had some means of synchronizing to local time.

In the article published in Neuron, Herzog and his colleagues report on a second network in the biological clock.

In this network the connections are made by the neurotransmitter GABA (γ-amino-butyric acid). “We proved we had found a GABAergic network by applying drugs that block GABA receptors on the cells,” Herzog says. “All of the connections we had mapped between neurons dropped out.”

Remarkably, when the network drops out, the clock becomes more precise. So the GABAergic network destabilizes the clock; it jiggles it a little.

Herzog points out that the GABAergic network, is sparse, weak and fast (much faster than the VIP network, which relies on the slower action of a neuropeptide), as you might expect a jitter-generator to be.

“We think the GABAergic network is there to let our clocks adjust to environmental cues, such as gradual, seasonal changes in sunrise and sunset,” says Herzog.

It’s a bit like whacking an old television set that has lost vertical synch to get it to resynch with the broadcast signal.

http://youtu.be/kqFc4wriBvE
Herzog points out that the neurons in the SCN are coupled oscillators, like these metronomes on a table that has enough give that each metronome’s motion affects the others’. Like the metronomes, the neurons keep time individually and because they are coupled by the VIP network, they synchronize their beats. Video by the Ikeguchi Laboratory, in the graduate school of science and engineering at Saitama University in Japan.

But there isn’t enough jitter in the clock to allow it to make abrupt adjustments, such as the one-hour forward jump when Daylight Savings Time starts. That “spring forward” has been statistically shown to increase the likelihood of heart attacks and car accidents, Herzog says.

Some sleep aids, such as benzodiazepines, that activate the GABA receptors may make the circadian clock a little more jittery, helping people adjust to big time jumps, such as flying across time zones. “But we don’t yet know whether they can improve jetlag; if they do, we want to know if it is because they help you sleep on the long flight or because they help the biological clock adjust to the new time zone,” Herzog cautions.

In any case, it is clear that if people repeatedly force the clock to reset, they throw off more than sleep. The biological clock regulates metabolism and cell division as well as sleep/wake cycles. So shift work, for example, is associated both with metabolic disorders, such as diabetes, and with the unregulated cell division that characterizes cancer.

Fighting our biological clocks does a lot more than make us crabby coffee drinkers.

Notes about this brain mapping and neuroscience research