Researchers have identified a new biological pathway involved in Alzheimer’s disease. In experiments using fruit flies, blocking the pathway reduced the death of brain cells, suggesting that interfering with the pathway could represent a promising new strategy to treat the disease in human patients.

Approximately 5.4 million people in the United States have Alzheimer’s disease, which causes problems with memory, thinking and behavior. One of the characteristics of the disease is that a protein called tau forms clumps, or aggregates, in the brain.

“We have identified multiple new cellular processes that go awry in Alzheimer’s disease because of pathological tau,” said Bess Frost, Ph.D., assistant professor, Barshop Institute for Longevity and Aging Studies, University of Texas Health Science Center at San Antonio. “Each of these processes that connect tau with brain cell death are potential drug targets. This new knowledge will allow more informed development of therapies for the disease.”

Frost will present these new findings at The Allied Genetics Conference, a meeting hosted by the Genetics Society of America.

“For rational drug design, it’s important to be able to discriminate between cellular events that actually cause disease, which would be good drug targets, and cellular events that are only a side effect of the disease,” said Frost. “Using fruit flies allows us to do this very quickly because if we observe a process in the brains of humans with Alzheimer’s, then we can block this process in a fly model of the disease and see if the fly gets better and determine if fewer brain cells die.”

Studying cells from postmortem brains of people who had Alzheimer’s disease, Frost and her colleagues previously found that areas of DNA that are typically tightly wound in the cell’s nucleus are instead relaxed and unwound in brain cells from Alzheimer’s patients. When DNA is unwound it can switch on genes that should be turned off.

In the new study, the researchers took a closer look at the nuclei of Alzheimer’s patients’ brain cells to find out how the DNA becomes unwound. When the researchers used a very high-resolution microscopy technique that let them observe the entire nucleus, they were surprised to see tunnels running through the nucleus of brain cells from people with Alzheimer’s disease that were not seen in normal brain cells.

“We wanted to find out if these tunnels were actually causing neurons to die or whether they were a side effect of the disease,” said Frost. “Using the fly model of Alzheimer’s disease we genetically blocked the process of tunnel formation and found that indeed less brain cells died and the flies lived longer. We are now performing lab experiments to see if we can also block the process using drugs.”

They also discovered that the tau that aggregates in the brains of people with Alzheimer’s disease disrupts the lamin nucleoskeleton by overstabilizing the actin cytoskeleton found outside of the nucleus, in the cell’s cytoplasm. This interrupts the normal coupling between the actin cytoskeleton and the lamin nucleoskeleton, which, in turn, causes the tightly wound DNA to relax. This causes genes to turn on that are not supposed to and, consequently, brain cells die.

By identifying the cellular processes that connect the tau aggregates with eventual cell death, the researchers opened up a number of additional new targets for therapeutic interventions.

The new work is also one of the first examples of the brain being vulnerable to problems with lamin. Some scientists have thought that the brain responded differently to aging than other tissues because people with a disease called progeria, which involves mutations in the lamin gene, experience premature aging affecting tissues all over their body except the brain.

“We found that the brain is susceptible to dysfunction of the lamin nucleoskeleton, and that this disruption causes brain cells to die,” said Frost. “These findings suggest that basic mechanisms of aging are conserved between the brain and other tissues in the body.”

About this Alzheimer’s disease research article

Funding: This research was funded by the National Institute for Neurological Disorders and Stroke grant K99NS088429. 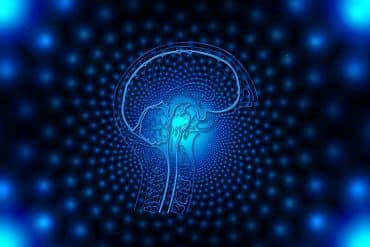