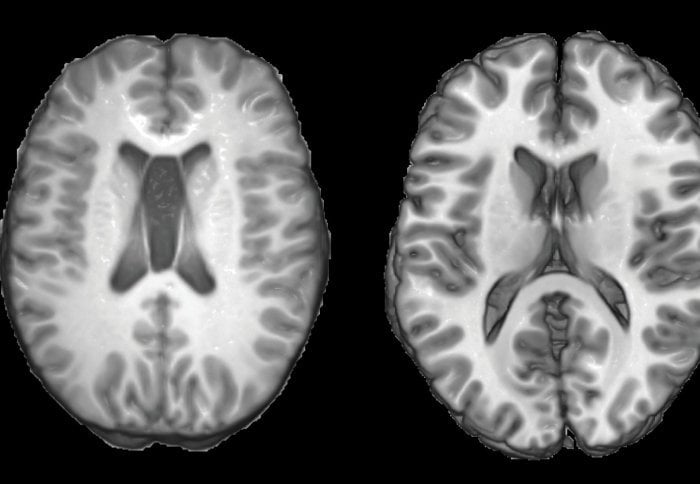 People who have suffered serious head injuries show changes in brain structure resembling those seen in older people, according to a new study.

Researchers at Imperial College London analysed brain scans from over 1,500 healthy people to develop a computer program that could predict a person’s age from their brain scan. Then they used the program to estimate the “brain age” of 113 more healthy people and 99 patients who had suffered traumatic brain injuries.

The brain injury patients were estimated to be around five years older on average than their real age.

Head injuries are already known to increase the risk of age-related neurological conditions such as dementia later in life. The age prediction model may be useful as a screening tool to identify patients who are likely to develop problems and to target strategies that prevent or slow their decline.

“Your chronological age is not necessarily the best indicator of your health or how much longer you will live,” said Dr James Cole, who led the study, from the Department of Medicine at Imperial College London. “There is a lot of interest in finding biomarkers of ageing that can be used to measure a certain aspect of your health and predict future problems.”

The study, published in the April issue of Annals of Neurology, used magnetic resonance imaging (MRI) to study changes in brain structure. The researchers used a machine learning algorithm to develop a computer program that could recognise age-related differences in the volume of white matter and grey matter in different parts of the brain.

The model was then used to estimate subjects’ ages based on their brain scans. The study included 99 patients with traumatic brain injuries (TBI) caused by road accidents, falls or assaults, who had persistent neurological problems. The scans were taken between one month and 46 years after their injuries.

In healthy controls, the average difference between predicted age and real age was zero. In TBI patients, the difference was significantly higher, with a bigger discrepancy in patients with more severe injuries. Bigger differences in predicted age were associated with cognitive impairments such as poor memory and slow reaction times.

There was also a correlation between time since injury and predicted age difference, suggesting that these changes in brain structure do not occur during the injury itself, but result from ongoing biological processes, potentially similar to those seen in normal ageing, that progress more quickly after an injury.

“Traumatic brain injury is not a static event,” said Dr Cole. “It can set off secondary processes, possibly related to inflammation, that can cause more damage in the brain for years afterwards, and may contribute to the development of Alzheimer’s or other forms of dementia.”

How Mothers Calm Their Distressed Infants With Soothing Signals

The researchers believe the age prediction model could be applied not just to TBI patients, but might also be useful to screen outwardly healthy people.

“We want to do a study where we use the program to estimate brain age in healthy people, then see if the ones with ‘old brains’ are more likely to get neurodegenerative diseases. If it works, we could use it to identify people at high risk, enrol them in trials and potentially prescribe treatments that might stave off disease,” said Dr Cole.

About this tbi research

The researchers received funding from the EU Seventh Framework Programme and a National Institute for Health Research (NIHR) professorship for Professor David Sharp. The research was also supported by the NIHR Imperial Biomedical Research Centre.