Playing video games can cause long-term changes in the brain and lead to improvements in temporal visual selective attention. 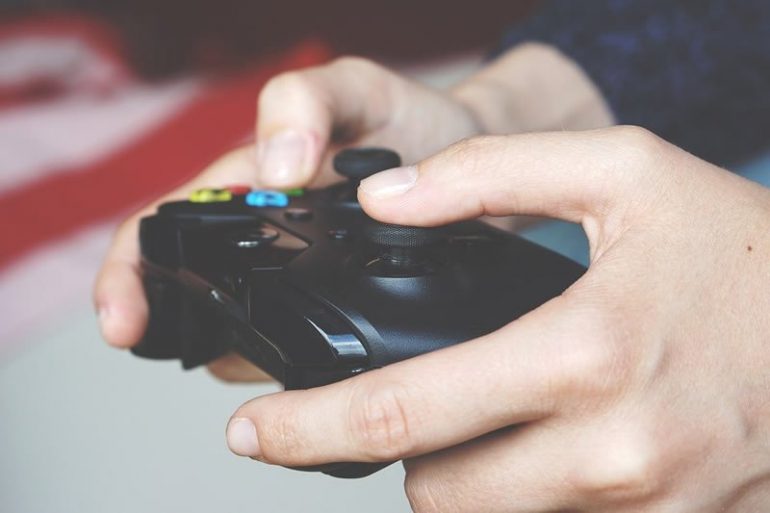 Research has shown that experience of playing games can improve cognitive development such as greater sensitivity to contrasts, better eye-to-hand coordination, and superior memory. The image is in the public domain.

Summary: If you’re playing video games to help kill time during social distancing, you might be improving your visual attention abilities. Researchers found experienced gamers have faster information processing abilities and can allocate more cognitive power to individual visual stimuli. Playing video games can cause long-term changes in the brain and lead to improvements in temporal visual selective attention.

Action real-time strategy video games such as World of Warcraft, Age of Empires, and Total War are played by millions. These games, which can be won through strategic planning, selective attention, sensorimotor skills, and teamwork place considerable demands on the brain.

Research has shown that experience of playing games can improve cognitive development such as greater sensitivity to contrasts, better eye-to-hand coordination, and superior memory. But the long-term effects of gaming on a key cognitive function called temporal visual selective attention – the capacity to distinguish between important and irrelevant information within a rapid stream of visual stimuli – has never been studied.

Here, researchers show for the first time that expert players of real-time strategy games have faster information processing, allocate more cognitive power to individual visual stimuli, and allocate limited cognitive resources between successive stimuli more effectively through time. These findings in Frontiers in Human Neuroscience suggest that playing such games can cause long-term changes in the brain and lead to an improvement in temporal visual selective attention.

“Our aim was to evaluate the long-term effect of experience with action real-time strategy games on temporal visual selective attention,” says author Dr Diankun Gong, Associate Professor in the Ministry of Education Key Laboratory for Neuroinformation at the University of Electronic Science and Technology of China.

“In particular, we wanted to reveal the time course of cognitive processes during the attentional blink task, a typical task used by neuroscientists to study visual selective attention.”

Attentional blink is the tendency of focused observers to “blink” – that is, to fail to properly register – a visual stimulus if it appears so quickly after a previous stimulus that cognitive processing of the first hasn’t finished. In a typical blink task, human subjects are shown a stream of digits and letters in quick succession (with 100 ms intervals) and asked to press a button each time they see one of two target letters (for example D and M).

People often “blink” a second target if it appears within 200-500 ms of the first, and electroencephalograms (EEGs) suggest that this is due to competition for cognitive resources between the first stimulus – with the need to encode it in working and episodic memory, and to select the appropriate response – versus the second. In other words, people often fail to register M because brain resources are temporarily used up by the ongoing need to process any D shown more than 200 ms and less than 500 ms earlier.

To study the effect of gaming on temporal visual selective attention, Gong and colleagues selected 38 volunteers, health young male students from the University of Electronic Science and Technology. Half of the volunteers were expert players of the typical action real-time strategy game League of Legend, where teammates work together to destroy the towers of an opposing team. They had played the game for at least two years and were masters, based on their ranking among the top 7% of players. The others were beginners, with less than six months experience of the same game, and ranked among the bottom 30-45%. All volunteers were seated in front of a screen and tested in a blink task, with 480 trials over a period of approximately 2 h. The greater a volunteer’s tendency to “blink” targets, the less frequently he would press the correct button when one of the two targets appeared on the screen, and the worse he did overall in the task.

The volunteers also wore EEG electrodes on the parietal (i.e. sides and top) region of their scalp, allowing the researchers to measure and localize the brain’s activity throughout the experiment. These electrodes recorded Event-Related Potentials (ERPs), tiny electric potentials (from -6 to 10 μV) that last from 0 to 800 ms after each non-blinked stimulus, and which represent the neural processes for registering and consolidating its memory. The researchers focused on the so-called P3b phase of the ERP, a peak between 200 and 500 ms after the stimulus, because previous research has shown that its timing and amplitude accurately reflects performance in the blink task: the later P3b occurs and the less pronounced it is, the more likely it is that a stimulus will be “blinked”.

“We found that expert League of Legend players outperformed beginners in the task. The experts were less prone to the blink effect, detecting targets more accurately and faster, and as shown by their stronger P3b, gave more attentional cognitive resources to each target,” says coauthor Dr Weiyi Ma, Assistant Professor in Human Development and Family Sciences at the University of Arkansas, USA.

“Our results suggest that long-term experience of action real-time strategy games leads to improvements in temporal visual selective attention: the expert gamers had become more effective in distributing limited cognitive resources between successive visual targets,” says author Dr Tiejun Liu. “We conclude that such games can be a powerful tool for cognitive training.”

A Link Between Gut Microbiota and Chronic Inflammatory Diseases Like Arthritis

Action real-time strategy gaming (ARSG) is a cognitively demanding task which requires attention, sensorimotor skills, team cooperation, and strategy-making abilities. A recent study found that ARSG experts had superior visual selective attention (VSA) for detecting the location of a moving object that could appear in one of 24 different peripheral locations (Qiu et al., 2018), suggesting that ARSG experience is related to improvements in the spatial component of VSA. However, the influence of ARSG experience on the temporal component of VSA—the detection of an item among a sequence of items presented consecutively and quickly at a single location—still remains understudied. Using behavioral and electrophysiological measures, this study examined whether ARSG experts had superior temporal VSA performance compared to non-experts in an attentional blink (AB) task, which is typically used to examine temporal VSA. The results showed that the experts outperformed the non-experts in their detection rates of targets. Furthermore, compared to the non-experts, the experts had faster information processing as indicated by earlier P3 peak latencies in an AB period, more attentional resources distributed to targets as indicated by stronger P3 amplitudes, and a more flexible deployment of attentional resources. These findings suggest that experts were less prone to the AB effect. Thus, long-term ARSG experience is related to improvements in temporal VSA. The current findings support the benefit of video gaming experience on the development of VSA.