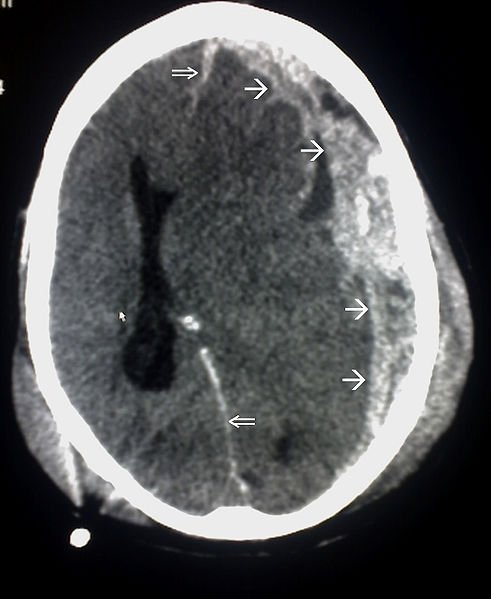 Researchers found that multiple TBIs also were associated with a significant increase in other psychological symptoms already tied to single traumatic head injuries, including depression, post-traumatic stress disorder or PTSD, and the severity of the concussive symptoms. However, only the increase in depression severity predicted an increased suicide risk.
Home
Featured

New Research on the Effects of Traumatic Brain Injury

Considerable opportunity exists to improve interventions and outcomes of traumatic brain injury (TBI) in older adults, according to three studies published in the recent online issue of NeuroRehabilitation by researchers from the Icahn School of Medicine at Mount Sinai.

Some evidence suggests that a history of TBI is associated with an increased risk of dementia later in life, but the clinical features of dementia associated with TBI have not been well investigated. Researchers at the Icahn School of Medicine as well as other institutions analyzed data from elderly individuals with dementia with and without a history of TBI to characterize the clinical profiles of patients with post-TBI dementia.

“Our study indicates that individuals with dementia and without a history of TBI may present clinical characteristics that differ in subtle but meaningful ways,” said Kristen Dams-O’Connor, PhD, first author of the study and an Assistant Professor of Rehabilitation Medicine at the Icahn School of Medicine at Mount Sinai. “It is imperative that clinicians take a history of TBI into account when making dementia diagnoses.”

For this study, researchers used data from the National Alzheimer’s Coordinating Center (NACC) Uniform Data Set (UDS) collected between September 2005 and May 2012 to analyze 332 elderly individuals with dementia and a history of TBI and 664 elderly individuals without dementia who do have a history of TBI. Statistical analyses focused on evaluating differences in the areas of neurocognitive functioning, psychiatric functioning, medical history and health, clinical characteristics of dementia, and dementia diagnosis using data collected at the baseline (first) NACC study visit.

After observing a high rate of mortality among patients over the age of 55 in the first five years after sustaining a TBI, researchers at the Icahn School of Medicine at Mount Sinai were interested in learning more about the precise causes for what may be considered a premature death.

The results of this study indicate that for approximately a third of the patients, death one to five years after TBI resulted from health conditions that were present at the time of injury before the onset of TBI, suggesting a continuation of an already ongoing process. The remainder of patients died from conditions that appeared to unfold in the years after injury. According to the authors, each cause of death in this sample would have required pro-active medical management, medical intervention and medication compliance.

“Like those with other chronic health conditions, individuals with TBI could benefit from the development of a disease management model of primary care,” said one of the study authors, Wayne Gordon, PhD, Jack Nash Professor and Vice Chair of the Department of Rehabilitation Medicine at the Icahn School of Medicine at Mount Sinai and Chief of the Rehabilitation Psychology and Neuropsychology service. “This study suggests that close medical management and lifestyle interventions may help to prevent premature death among elderly survivors of TBI in the future.”

Researchers reviewed the charts of 30 individuals over the age of 55 who completed inpatient acute rehabilitation during the period from 2003-2009 and who died one to four years after TBI, and then compared that data to a matched sample of 30 patients who did not die. They found that 53 percent of deceased subjects had been diagnosed with gait abnormalities, 32 percent were taking respiratory medications at admission, and 17 percent were taking respiratory medications at discharge. Compared to patients who survived several years after injury, deceased patients were discharged from the hospital with significantly more medications.

Inpatient Rehabilitation for Traumatic Brain Injury: The Influence of Age on Treatments and Outcomes

For this study, researchers analyzed the difference in treatment and outcomes between elderly and younger patients with TBI. They found that patients over 65 had lower brain injury severity and a shorter length of stay in acute care. Elderly patients also received fewer hours of rehabilitation therapy, due to a shorter length of stay, and fewer hours of treatment per day, especially from psychology and therapeutic recreation. They gained less functional ability during and after rehabilitation, and had a very high mortality rate.

“We know significantly more about the treatment received by adolescents and young adults with TBI than we do about those over 65,” said Marcel Dijkers, PhD, lead author and Research Professor in the Department of Rehabilitation Medicine at Mount Sinai. “Our data indicates that elderly people can be rehabilitated successfully, but it raises a number of questions. For instance: is the high mortality due to the TBI or is it the result of the continuation of a condition that began pre-TBI?”

The researchers analyzed data on 1,419 patients with TBI admitted to nine TBI rehabilitation inpatient programs across the country between 2009 and 2011. They collected data through abstracting of medical records, point-of-care forms completed by therapists, and interviews conducted three and nine months after discharge.