Summary: The ability to select specific traits, such as height or IQ, brought about by multiple genes is more complicated than most people realize.

There have been concerns about the idea of “designer babies” for almost as long as in vitro fertilization and technology to screen embryos for inherited disorders have existed. While the recent live births resulting from human embryonic CRISPR editing have heightened global attention to these issues, currently, the most practical approach to genetic “enhancement” of embryos is preimplantation genetic screening of IVF embryos. But according to a study publishing November 21 in the journal Cell, the ability to select for traits that are brought about by multiple genes–rather than genetic diseases caused by a single mutation–is more far off and complicated than most people probably realize.

“The ability to do genomic sequencing of embryos is much easier than it was even five years ago, and we know many more gene variants linked to certain traits,” says co-corresponding author Shai Carmi, of the Hebrew University of Jerusalem. “But selecting embryos for particular traits is very controversial except when it relates to a serious disease like cystic fibrosis. It raises many issues related to eugenics and unequal opportunities.”

Carmi’s team looked at the feasibility of selecting embryos based on each of two traits caused by multiple genes–IQ and height–as a kind of thought experiment. While there are many traits determined by multiple genes that the researchers could have investigated, they chose to focus on IQ because it is frequently brought up in concerns regarding eugenics and on height because it is objectively measurable and a lot is known about the complex genetics influencing height. Their findings suggest that our current knowledge of the genetics of these types of traits may not be enough to generate a substantial increase in the desired traits in an IVF embryo selection scenario.

In the study, the researchers ran computer simulations using genomic sequences from real people to model genomic profiles of hypothetical embryos that would result from pairs of those people–some actual couples and some artificially paired. In the simulations, they assumed that each couple would have ten embryos to choose from. They then predicted the IQ or adult height for each of the offspring based on the gene variants present in the genomes of the simulated embryos. Their experiments were based on the assumption that the embryo with the top score could then be selected for implantation.

And even if some people might believe that those increases were great enough to warrant using the technology, they are not guaranteed.

“There is much about these traits that is unpredictable,” Carmi says.

“If someone selected an embryo that was predicted to have an IQ that was two points higher than the average, this is no guarantee it would actually result in that increase. There is a lot of variability that is not accounted for in the known gene variants.”

There are several other limitations, Carmi notes, that would make it challenging to accurately select embryos for desired traits.

For one, the researchers conducted their simulations using ten embryos from each couple, but in reality, many couples get far fewer viable embryos when they do in vitro fertilization. For example, with five embryos, the gain would be reduced to 2.5 IQ points or 2.5 cm. When they based the simulation on 50 or 100 embryos, they found that the benefit per embryo decreased as the number of embryos increased, indicating diminishing returns even with large numbers of hypothetical embryos to choose from. 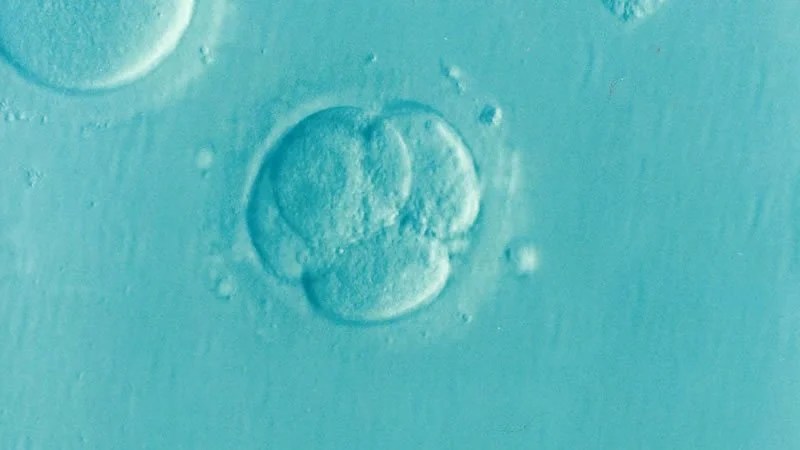 Carmi’s team looked at the feasibility of selecting embryos based on each of two traits caused by multiple genes–IQ and height–as a kind of thought experiment. The image is in the public domain.

In addition, what is known about the gene variants linked to traits like height and IQ–as well as other health-related traits like blood pressure and cholesterol–applies mainly to people of European descent. They would be much less applicable for people from other parts of the world. Finally, attempting to maximize more than one trait, a potential future scenario, would make embryo selection far more complicated: an embryo that ranked highest for IQ may rank lowest for height, for example.

Furthermore, the researchers used real-world data to confirm that predictions about traits made using what’s currently known about gene variants are not always accurate. They reported on an analysis of 28 families with up to 20 children who have grown to adulthood–and found that the offspring they would have selected for having the greatest height based on gene variants was not always the tallest one in adulthood.

Funding: This research was supported by the Abisch-Frenkel Foundation, the National Institutes of Health, and the James S. McDonnell Centennial Fellowship in Human Genetics.

Highlights
• IVF embryos could be profiled with polygenic scores for traits such as height or IQ
• The top-scoring embryo is expected to be ≈2.5 cm or ≈2.5 IQ points above the average
• The adult trait value of the top-scoring embryo would remain widely distributed
• Multiple ethical and other factors impose practical limits on the actual gain

Summary
The increasing proportion of variance in human complex traits explained by polygenic scores, along with progress in preimplantation genetic diagnosis, suggests the possibility of screening embryos for traits such as height or cognitive ability. However, the expected outcomes of embryo screening are unclear, which undermines discussion of associated ethical concerns. Here, we use theory, simulations, and real data to evaluate the potential gain of embryo screening, defined as the difference in trait value between the top-scoring embryo and the average embryo. The gain increases very slowly with the number of embryos but more rapidly with the variance explained by the score. Given current technology, the average gain due to screening would be ≈2.5 cm for height and ≈2.5 IQ points for cognitive ability. These mean values are accompanied by wide prediction intervals, and indeed, in large nuclear families, the majority of children top-scoring for height are not the tallest.