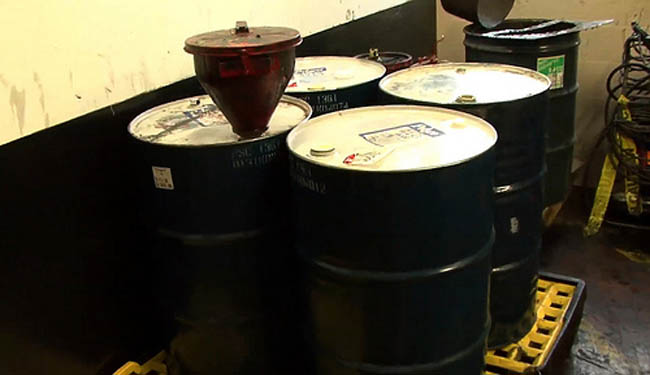 Working with solvents tied to cognitive problems for less-educated people

Exposure to solvents at work may be associated with reduced thinking skills later in life for those who have less than a high school education, according to a study published in the May 29, 2012, print issue of Neurology, the medical journal of the American Academy of Neurology.

The thinking skills of people with more education were not affected, even if they had the same amount of exposure to solvents.

“People with more education may have a greater cognitive reserve that acts like a buffer allowing the brain to maintain its ability to function in spite of damage,” said study author Lisa F. Berkman, PhD, of Harvard University in Cambridge, Mass. “This may be because education helps build up a dense network of connections among brain cells.”

The study involved 4,134 people who worked at the French national gas and electric company. The majority of the people worked at the company for their entire career. Their lifetime exposure to four types of solvents—chlorinated solvents, petroleum solvents, benzene and non-benzene aromatic solvents—was assessed. The participants took a test of thinking skills when they were an average of 59 years old and 91 percent were retired.

“These findings suggest that efforts to improve quality and quantity of education early in life could help protect people’s cognitive abilities later in life,” Berkman said, who worked alongside study author Erika Sabbath, ScD. “Investment in education could serve as a broad shield against both known and unknown exposures across the lifetime. This is especially important given that some evidence shows that federal levels of permissible exposure for some solvents may be insufficient to protect workers against the health consequences of exposure.”

Signs of Alzheimer’s in Blood 17 Years Before Symptoms Begin

The study was supported by the French National Research Agency and the French Agency for Environment and Work Health Security.

The American Academy of Neurology, an association of more than 25,000 neurologists and neuroscience professionals, is dedicated to promoting the highest quality patient-centered neurologic care. A neurologist is a doctor with specialized training in diagnosing, treating and managing disorders of the brain and nervous system such as Alzheimer’s disease, stroke, migraine, multiple sclerosis, brain injury, Parkinson’s disease and epilepsy.