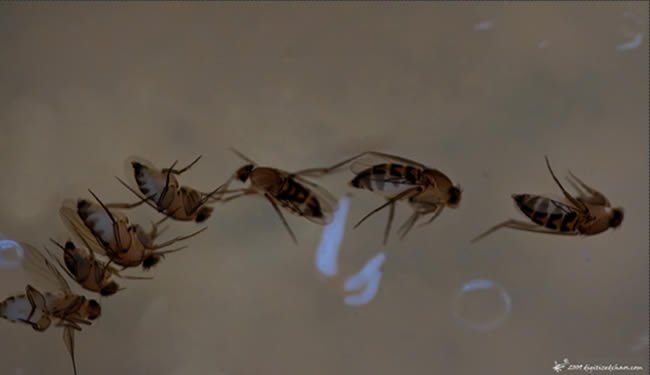 Patrik Verstreken (VIB/K.U.Leuven) has discovered the mechanism that ensures neurons can continue to send the right signals for long consecutive periods – a process that is disrupted in neurological diseases such as Parkinson’s. Verstreken and his colleagues discovered that an enzyme called Skywalker controls the subtle balance in communication.

“I hope that unraveling the way Skywalker works will not only teach us more about the way neurons communicate with each other but will also lead to new diagnostics and therapies for neurological diseases such as Parkinson’s,” says Verstreken.

Brain disorders take a major toll on society. More than 8% of the population in the West depends on analgesics. Twenty per cent suffers from a mental disturbance and the number of people suffering from the effects of neurological diseases is estimated at 1 billion. Many of these problems are caused by the disruption of communication between brain cells. Hence, finding a solution depends on understanding this communication in the smallest details.

An eye for the proper balance

The vesicles are reused several times. This results in the gradual degradation of the proteins they need for carrying out their function properly, which in turn affects the release of signaling substances. How the vesicles are kept operational during this recycling process was a mystery until now. Most types of cells have incorporated an extra step into this recycling process via special cell compartments called endosomes. In the endosomes, vesicle proteins are sorted to ensure optimal functioning of the recycled vesicles.

Patrik Verstreken and his colleagues have now discovered an enzyme, christened Skywalker, which regulates this extra step. The VIB researchers tested fruit flies unable to produce Skywalker. In these so-called sky flies, they noticed that broken-down proteins from the vesicles were more easily replaced, and that many more signaling substances were released than in the synapses of normal fruit flies. In other words, a lack of Skywalker increases the signal between two brain cells, resulting in overstressed flies.

But the discovery that inhibition of Skywalker leads to a stronger signal between brain cells offers possibilities for the fight against neurological diseases such as Parkinson’s. In the early stages of these diseases, the signals between brain cells are too weak. Verstreken wants to study this further, but realizes that it will be an enormous challenge to find ways to maintain the subtle balance that ensures optimal communication.

Questions: Considering that this research may raise many questions from patients a contact email address is provided. Everyone is welcome to send questions about the research to [email protected]
Scientific publication: Loss of Skywalker reveals synaptic endosomes as sorting stations for synaptic vesicle proteins, Uytterhoeven et al., Cell, 2011