How a genetic change increases the risk of schizophrenia 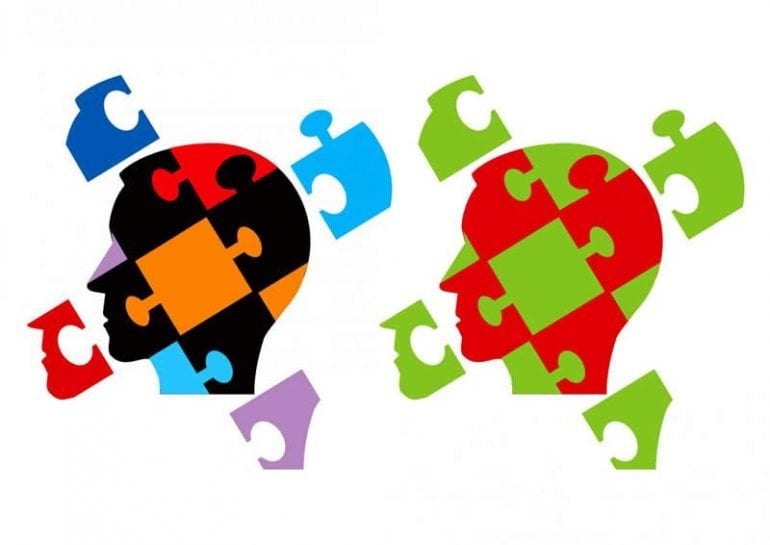 A genetic change increases the risk of developing schizophrenia. The image is credited to Lancaster University.

The collaborative research by a team from Lancaster, Glasgow and Strathclyde Universities was funded by the Medical Research Council.

In the human genome, small sections of DNA have been found to be duplicated (copied) or deleted in a small number of people, a phenomenon known as Copy Number Variation. Some of these genetic changes are linked to an increased risk of developing neurodevelopmental disorders, such as schizophrenia and autism, but the disease mechanisms involved remain largely unknown. For example, people with a DNA duplication at chromosome 16p11.2, that results in having extra copies of around 30 different genes, are approximately 15 times more likely to develop schizophrenia than people without the duplication. Why this should be the case is very poorly understood.

For the first time, research reported by the team in the journal Cell Reports, has shown that the 16p11.2 duplication impacts on a number of different inhibitory neuron types, neurons that use the neurotransmitter GABA, in brain areas dysfunctional in schizophrenia. These brain areas include the prefrontal cortex, hippocampus and amygdala. The researchers also show that these GABA neuron changes are accompanied by impaired functional communication between the same brain regions. Importantly, the researchers found that 16p11.2 duplication also results in cognitive and social deficits. These deficits not only parallel those seen in patients with schizophrenia, but are also known to involve the brain regions identified as being dysfunctional as a result of 16p11.2 duplication.

Dr Neil Dawson, the lead researcher from Lancaster University said: “Our data give new insight into how 16p11.2 duplication increases the risk of developing schizophrenia and the mechanisms involved. A key finding is the observation of disrupted connectivity between brain regions that are known to be dysfunctional in schizophrenia. We can now test the ability of drugs to restore these changes as part of ongoing research to develop better treatments for the disorder”.

Professor Judith Pratt, the lead research from Strathclyde University, also highlighted the potential opportunity for drug development given these findings. “The current drug treatment options available for people with schizophrenia are limited, only effective for some patients and often involve severe side effects. Drugs to help patients with their cognitive and social problems are particularly urgently needed, as these symptoms dramatically impact on their quality of life. Our findings highlight the potential of drugs targeting the GABA neurons and provide a range of translational biomarker measures against which we can test the potential therapeutic efficacy of these and other drugs for schizophrenia”.

Professor Brian Morris, the lead researcher from Glasgow University adds: “The finding of disturbed GABA neuron function as a consequence of 16p11.2 duplication is particularly intriguing, given that we know these cell types are dysfunctional in the brains of people with schizophrenia. This suggests that we are now closer to pinpointing the genes that regulate GABA cell function, and hence in the future to a potential approach to help people with schizophrenia”.

About this schizophrenia research article

Gene Linked to Cognitive Resilience in the Elderly