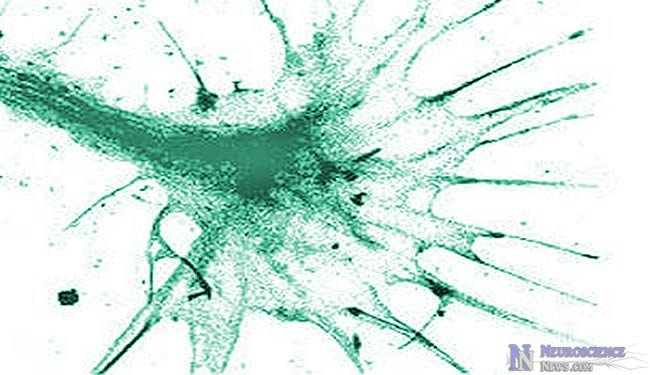 Scientists found that the protein named reelin is deeply involved in the migration of new nerve cells to the neocortex independently of glial cells.

The research provides evidence that one class of molecules involved with reelin’s control of nerve migration is cadherin. The researchers showed that reelin controls the function of cadherins in nerve cells. Cadherins have been shown previously to play a role in brain formation by acting as a glue that allows cells to attach to each other as they move.

Understanding the role of reelin in nerve cell migration is critical to improving treatments to brain formation disorders and diseases such as epilepsy, autism, schizophrenia, microcephaly and lissencephaly.

More details about reelin and cell migration are provided in the release below.

My apologies for the NN headline of the year. I just couldn’t resist.

The discovery of a new mechanism may have implications for a host of diseases.

A study from The Scripps Research Institute has unveiled a surprising mechanism that controls brain formation. The findings have implications for understanding a host of diseases, including some forms of mental retardation, epilepsy, schizophrenia, and autism.

The research, led by Scripps Research Professor Ulrich Mueller, was published in the journal Neuron on February 10, 2011.

In the new study, Mueller and colleagues focused on a protein called reelin. They found reelin is a key player in the migration of new nerve cells to the neocortex, the part of the brain responsible for higher-order functions, such as language and movement.

As the human brain develops, newly formed nerve cells travel from their place of origin to different brain regions. Once they reach their appropriate destination, nerve cells connect to one another to form the intricate circuits and networks responsible for various brain functions. Anything that disrupts the course of this nerve cell migration results in an improperly formed brain—and the consequences are typically devastating.

More than 50 years ago, researchers discovered a type of mutant mouse with a neocortex and cerebellum that were inaccurately organized, affecting the animal’s ability to walk normally. Later, researchers discovered that this mouse, called “reeler” because of its reeling gait, was affected by a mutation in a particular gene, dubbed reelin, which encodes a protein produced by nerve cells.

The human counterpart of the gene is mutated in children with lissencephaly—literally “smooth brain”—a condition that results in a brain that lacks its characteristic folds. Reelin mutations have also been identified in children with an abnormally small brain, or microcephaly.

Although these observations indicate reelin must play a key role in proper brain formation, until now no one knew exactly what that role was.

Since the identification of the reelin gene in 1995, researchers discovered that the corresponding protein is released by certain nerve cells and binds to receptors on other nerve cells. This binding then triggers a cascade of chemical reactions, or a signaling pathway, in the nerve cell. Such signaling pathways eventually produce a change in the target cell; they are one of the ways in which cells respond to stimuli in their environment.

“We knew that reelin binds to several receptors on nerve cells and initiates different signaling pathways, but one question we wanted to ask was ‘Do these pathways regulate migration?'” said Mueller. “And if they do, how?”

To start answering these questions, the group combined several technologies that have become available in recent years. The scientists labeled nerve cells in the brains of mouse embryos with fluorescent dyes and then, using special microscopes, watched these cells move in real time in the neocortex of the brain.

In this way, Mueller’s team compared the movement of nerve cells in normal mice, with an intact reelin pathway, and mutant mice, in which the reelin signaling pathways had been blocked. The scientists were surprised by what they saw.

Researchers had long known that newly formed nerve cells crawl along a particular type of cell in the brain, called a glial cell, which acts as a cellular guide for the nerve cells. But in recent years, studies revealed that some nerve cells can find their destination independently of glial direction. These nerve cells grow an arm that reaches out to find the correct path and then the cell’s body follows along.

Researchers in the field had assumed that the formation of the neocortex involved the first strategy: glial-directed migration. But through their imaging studies, Mueller and colleagues found that the opposite was true. They discovered that when the reelin pathway is inactivated in nerve cells, these cells no longer migrate to the appropriate spots in the neocortex, as they do in normal mice. However, these nerve cells don’t move by following glial guides, but rather by relying on their own devices.

This finding implies that glial-independent migration is much more important to neocortex formation than scientists had envisioned and that reelin somehow controls this process.

Although the mechanism by which reelin affects migration is not fully understood, Mueller’s group has identified some of the molecules reelin “talks” to in order to produce its effect.

Another well-known class of molecules that play a role in brain formation consists of the cadherins—these proteins provide a molecular “glue” for cells to stick to one another as they move. Mueller and colleagues showed that reelin controls the function of cadherins in nerve cells.

Future studies should identify additional players. And, as these new molecules are discovered, Mueller plans to collaborate with geneticists to look for mutations in the corresponding genes in people.

“We might find additional genes involved in schizophrenia and autism,” he said. “We already know that some cadherins are involved in autism spectrum disorder.”

First authors of the paper, “Reelin regulates cadherin function via Dab1/Rap1 to control neuronal migration and lamination in the neocortex,” are Santos J. Franco and Isabel Martinez-Garay of Scripps Research. In addition to Mueller, other authors include Cristina Gil-Sanz and Sarah R. Harkins-Perry, also of Scripps Research.

This work was supported by the National Institutes of Health, Generalitat Valenciana, Ministorio de Educacion, the Skaggs Institute for Chemical Biology, and the Dorris Neuroscience Center.