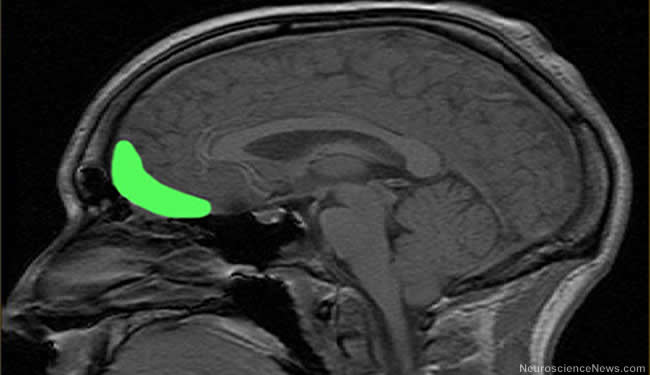 ‘Psychopaths’ Have An Impaired Sense of Smell

Study suggests that a poor sense of smell may be a marker for psychopathic traits.

People with psychopathic tendencies have an impaired sense of smell, which points to inefficient processing in the front part of the brain [orbitofrontal cortex]*. These findings by Mehmet Mahmut and Richard Stevenson, from Macquarie University in Australia, are published online in Springer’s journal Chemosensory Perception.

Psychopathy is a broad term that covers a severe personality disorder characterized by callousness, manipulation, sensation-seeking and antisocial behaviors, traits which may also be found in otherwise healthy and functional people. Studies have shown that people with psychopathic traits have impaired functioning in the front part of the brain – the area largely responsible for functions such as planning, impulse control and acting in accordance with social norms. In addition, a dysfunction in these areas in the front part of the brain is linked to an impaired sense of smell.

Mahmut and Stevenson looked at whether a poor sense of smell was linked to higher levels of psychopathic tendencies, among 79 non-criminal adults living in the community. First they assessed the participants’ olfactory ability as well as the sensitivity of their olfactory system. They also measured subjects’ levels of psychopathy, looking at four measures: manipulation; callousness; erratic lifestyles; and criminal tendencies. They also noted how much or how little they emphasized with other people’s feelings.

The researchers found that those individuals who scored highly on psychopathic traits were more likely to struggle to both identify smells and tell the difference between smells, even though they knew they were smelling something. These results show that brain areas controlling olfactory processes are less efficient in individuals with psychopathic tendencies.

The authors conclude: ” Our findings provide support for the premise that deficits in the front part of the brain may be a characteristic of non-criminal psychopaths. Olfactory measures represent a potentially interesting marker for psychopathic traits, because performance expectancies are unclear in odor tests and may therefore be less susceptible to attempts to fake good or bad responses.”

Notes about this psychopathy research

*orbitofrontal cortex was added to the issued press release due to the information found in the abstract listed below.