Our Shared Reality is Fraying

Summary: Researchers report truth is key to normal human interactions and consider how society might be losing its sense of shared reality.

The concept of truth is under assault, but our troubles with truth aren’t exactly new.

What’s different is that in the past, debates about the status of truth primarily took place in intellectual cafes and academic symposia among philosophers. These days, uncertainty about what to believe is endemic – a pervasive feature of everyday life for everyday people.

“Truth isn’t truth” – Rudy Giuliani, President Donald Trump’s lawyer, famously said in August. His statement wasn’t as paradoxical as it might have appeared. It means that our beliefs, what we hold as true, are ultimately unprovable, rather than objectively verifiable.

Many philosophers would agree. Nevertheless, voluminous research in psychology, my own field of study, has shown that the idea of truth is key to humans interacting normally with the world and other people in it. Humans need to believe that there is truth in order to maintain relationships, institutions and society.

Beliefs about what is true are typically shared by others in one’s society: fellow members of one’s culture, one’s nation or one’s profession.

Psychological research in a forthcoming book by Tory Higgins, “Shared Reality: What Makes Us Strong and Tears Us Apart,” attests that shared beliefs help us collectively understand how the world works and provide a moral compass for living in it together.

Cue our current crisis of confidence.

Distrust of the U.S. government, which has been growing since the 1960s, has spread to nearly all other societal institutions, even those once held as beyond reproach.

From the media to the medical and scientific communities to the Catholic Church, there is a gnawing sense that none of the once hallowed information sources can be trusted.

When we can no longer make sense of the world together, a crippling insecurity ensues. The internet inundates us with a barrage of conflicting advice about nutrition, exercise, religion, politics and sex. People develop anxiety and confusion about their purpose and direction.

In the extreme, a lost sense of reality is a defining feature of psychosis, a major mental illness.

A society that has lost its shared reality is also unwell. In the past, people turned to widely respected societal institutions for information: the government, major news outlets, trusted communicators like Walter Cronkite, David Brinkley or Edward R. Murrow. Those days are gone, alas. Now, just about every source is suspect of bias and serving interests other than the truth. In consequence, people increasingly believe what they wish to believe, or what they find pleasing and reassuring.

In the quest to restore peace of mind, people scramble for alternative sources of certainty. Typically this means narrowing one’s circle of confidants to one’s tribe, one’s side of the aisle, one’s ethnicity or one’s religion.

For example, in his monumental work on the “Decline and Fall of the Roman Empire,” Edward Gibbon, the British historian recounts how the shattering of the Roman common worldview facilitated the emergence of a host of alternative religions – including Christianity, which finally prevailed over other faiths and belief systems that also sprung up at that time.

Then, as now, the fraying of our shared reality portends a fragmentation of society, an unbridgeable polarization in which distrust reigns, outsiders are demonized and collective action to address problems comes to a standstill.

Back to a shared reality

Philosophers in the 20th century, known as part of a “post-modernist” movement in Western thought, eschewed the idea that objective truth is attainable.

That school of philosophy was critical of the modern notion that science, through its methods, is able to conclusively prove its claims and theories.

Instead, post-modernist authors stressed that human knowledge is ultimately subjective and relative rather than absolute. The post modernist movement ushered a sense of irreverence and freedom into culture and society. It stressed alternative ways of knowing through feeling and image thus impacting the communication industry and encouraging imagination.

Even major defenders of science like Karl Popper maintained that truth is but a guiding ideal for scientific inquiry that can never be realized or proven for certain. Thomas Kuhn believed likewise. What these philosophers perhaps did not anticipate is what would happen to societies if skepticism and relativity – unconstrained belief systems in which nearly anything can be sustained – became widespread.

How can this dynamic be reversed?

Rebuilding a sense of shared reality among different segments of our society isn’t going to be easy, especially as it seems forces such as politicians and Russian trolls are working towards just the opposite goal. Also, deeply committed advocates and true believers from both sides are making it difficult for to rebuild that invaluable common ground that shared reality rests upon.

Psychological research suggests that such an about-face would require a willingness to “unfreeze” our entrenched positions that demonize the opinions of others, and often are based on narrow interests of one’s tribe or class.

In a forthcoming book I’m co-authoring with colleagues, “Radicals’ Journey: German Neo-Nazis’ Voyage to the Fringe and Back,” we tell the story of an arson attack against a synagogue in the German city of Düsseldorf in 2000. The German chancellor at the time, Gerhard Schröder, issued a public call for a “rebellion of the decent.”

It was a call to find a way to coalesce around common values and listen to each other’s concerns; to find forgiveness instead of rejoicing at each other’s misfortunes and mistakes.

Schröder’s plea triggered one of the largest funding schemes for counter violent extremism programs on the federal, state and community levels across all of Germany. It mobilized the entire German nation to stand together against the forces of divisiveness.

Wisdom from the field of psychology hails Schröder’s advice. The alternative to finding our lost common ground may be our self-destruction as a community and as a nation. 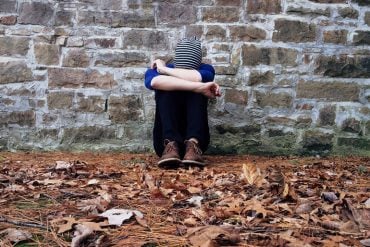