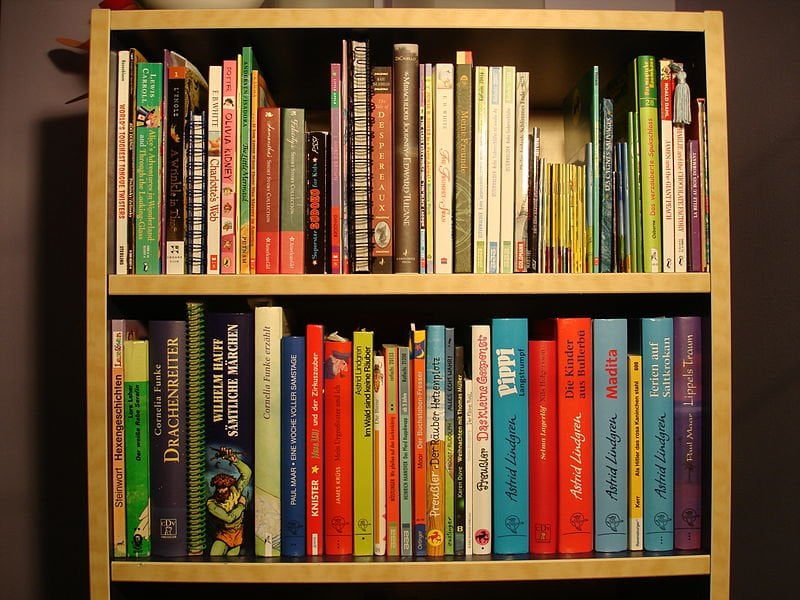 The researcher concluded that the country where the child is born largely determines whether they will have at least basic reading skills. According to the research, this is a case where nurture is more important than nature for early childhood literacy. The image shows a selection of children's books. Credit given below.
Home
Featured

A University at Buffalo education professor has sided with the environment in the timeless “nurture vs. nature” debate after his research found that a child’s ability to read depends mostly on where that child is born, rather than on his or her individual qualities.

“Individual characteristics explain only 9 percent of the differences in children who can read versus those who cannot,” says Ming Ming Chiu, lead author of an international study that explains this connection and a professor in the Department of Learning and Instruction in UB’s Graduate School of Education.

Therefore, he concludes, the country in which a child is born largely determines whether he or she will have at least basic reading skills. It’s clearly a case where “nurture” — the environment and surroundings of the child — is more important than “nature” — the child’s inherited, individual qualities, according to Chiu.

“Although the richest countries typically have high literacy rates exceeding 97 percent,” he says, “some rich countries, such as Qatar and Kuwait, have low literacy rates — 33 percent and 28 percent, respectively.”

The study, “Ecological, Psychological and Cognitive Components of Reading Difficulties: Testing the Component Model of Reading in Fourth-graders Across 38 Countries,” analyzed reading test scores of 186,725 fourth-graders from 38 countries, including more than 4,000 children from the U.S. Chiu and co-authors Catherine McBride-Chang of the Chinese University of Hong Kong and Dan Lin of the Hong Kong Institute of Education published the study in the winter 2013 issue of the Journal of Learning Disabilities.

The educators used data from the Organization for Economic Cooperation and Development’s Program for International Student Assessment.

Besides showing that the country of origin was a better predictor of reading skills than individual traits, the study also showed that other attributes at the child, school and country levels were all related to reading.

“Our U.S. culture values ‘can-do’ individualism, but we forget how much depends on being lucky enough to be born in the right place,” he says.

The title was altered slightly from the original press release.