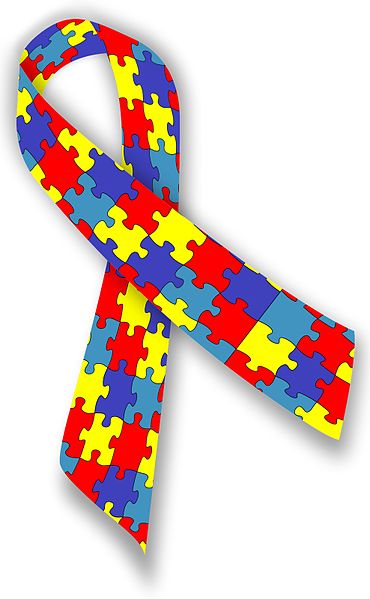 Researchers suggest elevated levels of C-reactive protein, an established marker of of systemic inflammation, during early stages of pregnancy could be linked to an increased risk of autism in children. The image is credited to Francisco Paiva Junior.
Home
Autism

Maternal inflammation during early pregnancy may be related to an increased risk of autism in children, according to new findings supported by the National Institute of Environmental Health Sciences (NIEHS), part of the National Institutes of Health. Researchers found this in children of mothers with elevated C-reactive protein (CRP), a well-established marker of systemic inflammation.

The risk of autism among children in the study was increased by 43 percent among mothers with CRP levels in the top 20th percentile, and by 80 percent for maternal CRP in the top 10th percentile. The findings appear in the journal Molecular Psychiatry and add to mounting evidence that an overactive immune response can alter the development of the central nervous system in the fetus.

“Elevated CRP is a signal that the body is undergoing a response to inflammation from, for example, a viral or bacterial infection,” said lead scientist on the study, Alan Brown, M.D., professor of clinical psychiatry and epidemiology at Columbia University College of Physicians and Surgeons, New York State Psychiatric Institute, and Mailman School of Public Health. “The higher the level of CRP in the mother, the greater the risk of autism in the child.”

“The vast majority of mothers with increased CRP levels will not give birth to children with autism,” Brown said. “We don’t know enough yet to suggest routine testing of pregnant mothers for CRP for this reason alone; however, exercising precautionary measures to prevent infections during pregnancy may be of considerable value.”

“The brain develops rapidly throughout pregnancy,” said Linda Birnbaum, Ph.D., director of NIEHS, which funds a broad portfolio of autism and neurodevelopmental-related research. “This has important implications for understanding how the environment and our genes interact to cause autism and other neurodevelopmental disorders.”

The study capitalized on a unique national birth cohort known as the Finnish Maternity Cohort (FMC), which contains an archive of samples collected from pregnant women in Finland, where a component of whole blood, referred to as serum, is systematically collected during the early part of pregnancy. The FMC consists of 1.6 million specimens from about 810,000 women, archived in a single, centralized biorepository. Finland also maintains diagnoses of virtually all childhood autism cases from national registries of both hospital admissions and outpatient treatment.

From this large national sample, the researchers analyzed CRP in archived maternal serum corresponding to 677 childhood autism cases and an equal number of matched controls. The findings were not explained by maternal age, paternal age, gender, previous births, socioeconomic status, preterm birth, or birth weight. The work was conducted in collaboration with investigators in Finland, including the University of Turku and the National Institute for Health and Welfare in Oulu and Helsinki.

“Studying autism can be challenging, because symptoms may not be apparent in children until certain brain functions, such as language, come on line,” said Cindy Lawler, Ph.D., head of the NIEHS Cellular, Organ, and Systems Pathobiology Branch and program lead for the Institute’s extramural portfolio of autism research. “This study is remarkable, because it uses biomarker data to give us a glimpse back to a critical time in early pregnancy.”

This work is expected to stimulate further research on autism, which is complex and challenging to identify causes. Future studies may help define how infections, other inflammatory insults, and the body’s immune response interact with genes to elevate the risk for autism and other neurodevelopmental disorders. Preventative approaches addressing environmental causes of autism may also benefit from additional research.

The study was funded primarily by an American Recovery and Reinvestment Act grant from NIEHS, with additional support from the National Institute of Mental Health.