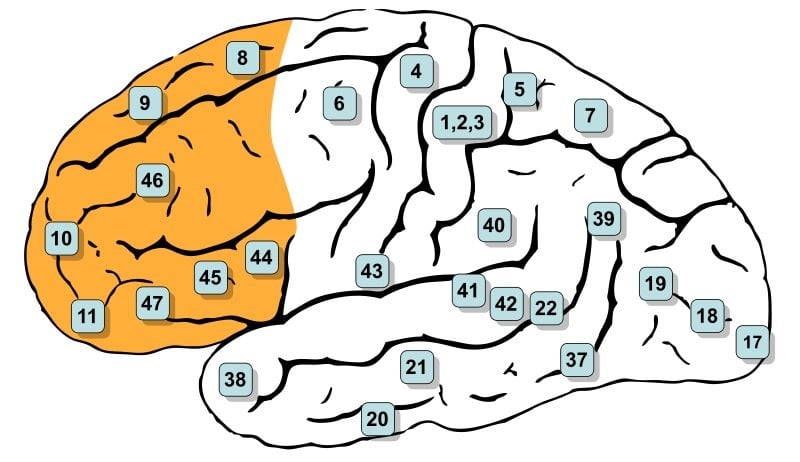 Suppressing the Brain’s “Filter” Can Improve Performance in Creative Tasks

The brain’s prefrontal cortex is thought to be the seat of cognitive control, working as a kind of filter that keeps irrelevant thoughts, perceptions and memories from interfering with a task at hand.

Now, researchers at the University of Pennsylvania have shown that inhibiting this filter can boost performance for tasks in which unfiltered, creative thoughts present an advantage.

The research was conducted by Sharon Thompson-Schill, the Christopher H. Browne Distinguished Professor of Psychology and director of the Center for Cognitive Neuroscience, and Evangelia Chrysikou, a member of her lab who is now an assistant professor at the University of Kansas. They collaborated with Roy Hamilton and H. Branch Coslett of the Department of Neurology at Penn’s Perelman School of Medicine and Abhishek Datta and Marom Bikson of the Department of Biomedical Engineering at the City College of New York.

Their work was published in the journal Cognitive Neuroscience.

In this task, participants are shown pictures of everyday objects and are asked to quickly come up with uses for them that are out of the ordinary, such as using a baseball bat as a rolling pin. Participants see a sequence of 60 objects, one every nine seconds, and the researchers measure how long it takes for them to come up with a valid response, or if they are unable to do so before the next picture appears.

The researchers hypothesized that high levels of cognitive control would be a detriment to coming up with these kinds of uncommon uses.

“When we use objects in daily life, our cognitive control helps us focus on what the object is typically used for and ‘filters out’ irrelevant properties,” Chrysikou said. “However, to come up with the idea of using a baseball bat as a rolling pin, you have to consider things like its shape and the material it’s made of.”

“The real takeaway,” Thompson-Schill said, “is that when you give people a task for which they do not know the goal, such as showing them an object and asking, ‘What else can you do with this thing’, anything that they would normally do to filter out irrelevant information about the object will hurt their ability to do the task.”

Experiments to test such hypotheses have been aided by new ways of non-invasively manipulating neurons in specific areas of the brain, inducing a variety of temporary changes in perception and performance.

The method Thompson-Schill’s team used, called transcranial direct current stimulation, or tDCS, involves passing a weak electrical charge through the brain, aiming the charge’s path so it intersects with areas thought to be associated with an ability or behavior. This charge can influence the electrical activity that constitutes cell-to-cell communication in those areas.

“TDCS is believed to induce incremental shifts in the electrical potential of neuronal membranes, making it more or less likely that neurons will reach their threshold for firing,” Hamilton said. “In this instance, we employed stimulation in a way that would make it harder for neurons to fire, thereby diminishing behaviorally relevant activity in that part of the brain.”

Participants were first split into groups corresponding to three experimental conditions: one would receive tDCS to their left prefrontal cortex for the duration of the task, another would receive it to their right prefrontal cortex and a third would receive what amounted to a placebo. TDCS produces a slight tingling sensation on the scalp when it is first applied, so those in the third group received only a brief period of stimulation before the task began, rather than throughout.

As additional controls, each of these three groups was also split in half, with one set completing the uncommon-use task and the other simply stating what the object is normally used for. And all participants also completed a task that involved remembering strings of numbers, a common exercise in psychological experiments that has been shown not to require the prefrontal cortex.

“We wouldn’t want to think that the stimulation affected everything,” Thompson-Schill said. “So if we found an effect when participants were remembering numbers, we’d be worried about our interpretation of the data.”

As expected, none of the experimental conditions affected participants’ performance when asked to recall the sequences of numbers, or when they were asked to say the common uses of the objects they saw. But there was a marked difference between those who received tDCS to their left prefrontal cortex and those who didn’t when completing the uncommon-use task.

The latter group was also able to provide correct responses an average of a second faster than the former two.

“A second faster difference is huge in psychology research. We’re used to seeing differences measured in milliseconds,” Thompson-Schill said. This is probably the biggest effect I’ve seen over my 20 years in research.”

These results lend credence to the idea that high levels of cognitive control may be a disadvantage in some circumstances, such as in early development.

“We differ from non-human primates in having a long period of immaturity in our prefrontal cortex,” Thompson-Schill said, “so we started considering whether this might not be an unfortunate accident of nature but rather a feature of our species’ developmental path.

The slow development of the prefrontal cortex is one reason children fail at many attention-based tasks but excel at imaginative ones. It may also aid children in rapidly acquiring new knowledge.

“There are things that are important to not filter, in particular when you are learning,” Thompson-Schill said. “If you throw out information about your environment as being irrelevant, you miss opportunities to learn about those things.”

Notes about this cognitive neuroscience and creativity research

The research was supported by the National Institutes of Health and the Robert Wood Johnson Foundation.