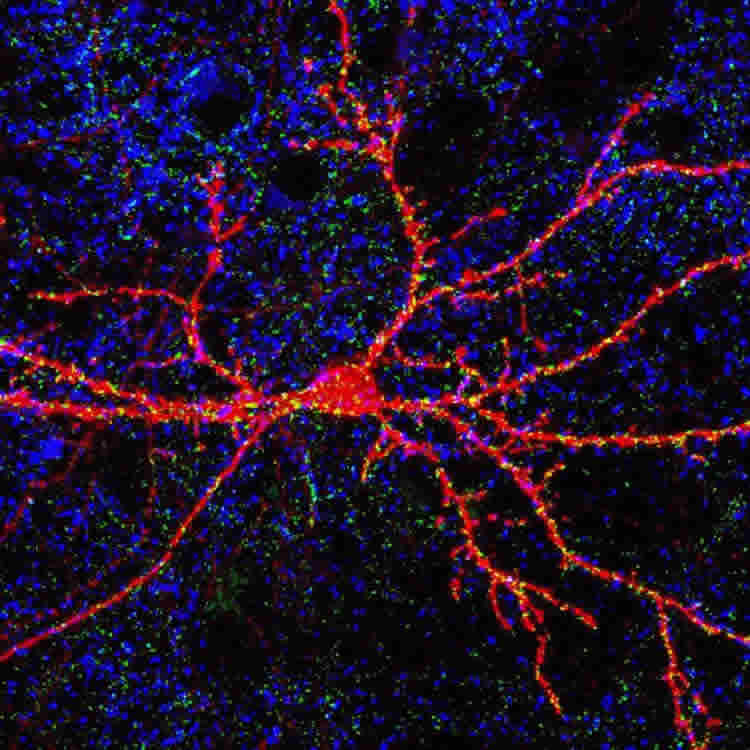 An Enzyme and Synaptic Plasticity

A small, “empty” space teeming with activity: a synapse is a complex structure where the neural signal from the presynaptic neuron, as it travels towards its target turns into a chemical signal capable of crossing the synaptic space before becoming electrical again once on the other side. A synapse is a “dynamic” space not only because of the endless work that goes on there, but also for its ability to change its action over time (synaptic plasticity) as a result of either normal physiological processes (e.g., during learning) or because of disorders due to pathological conditions. A study, mainly carried out by SISSA researchers (which also involved the University of Zurich, LNCIB in Trieste, and EBRI in Rome), showed that a small enzyme (Pin1, peptidyl prolyl isomerase) that plays a mediating role in signal transmission has an effect on synaptic plasticity.

“The synapse we studied is of the inhibitory kind. The signal it transmits hinders activation of the postsynaptic neuron, making it less likely for it to become activated and emit its action potential”, explains Paola Zacchi, a SISSA researcher who coordinated the study. “When Pin1 is absent from the synapse, signal transmission occurs “at full strength”, but also without control. Instead, when it is present, it regulates signal strength, making it weaker. We observed that Pin1 is able to modify the number of postsynaptic receptors”. The larger the number of receptors capable of binding to the neurotransmitter, the stronger the signal that reaches the postsynaptic membrane. “This also means that Pin1 plays a role in plasticity” explains Zacchi.

How does a synapse work? “A chemical synapse, the most common in vertebrates, is a small gap between nerve cells where the passage of a neural signal occurs”, explains Zacchi. In chemical synapses the two neurons are not in contact but they are separated by a distance of about 20 nanometres. For this reason, the electrical signal travelling along the presynaptic nerve ending is interrupted before resuming on the neuron on the other side of the gap. In between the two nerve cells the electrical signal is translated into a chemical signal (which then becomes electrical again).

“Arrival of the action potential on the presynaptic button causes release, into the interneural space, of molecules of neurotransmitter, which are picked up by receptors on the postsynaptic membrane”, says Zacchi. “If the synapse is excitatory, this leads to postsynaptic activation which, if sufficiently intense, triggers another action potential. If the synapse is inhibitory, as in our studies, the signal suppresses postsynaptic activation and inhibits firing of the electrical potential. In the process of neurotransmitter release and binding, other molecules come into play, such as scaffold proteins, which assemble receptors at the right place on the membrane in front of the neurotransmitter release sites, and neuroligins which act as bridges between the two ends of the synapse as well as interacting with the scaffold proteins. Pin1, the enzyme in the study, interacts with both neuroligins and scaffold proteins.

The Pin1 enzyme has long been known for its role in cancer and the development of neurodegenerative diseases such as Alzheimer’s and Parkinson’s (whereas neuroligins seem to be involved in autism). “Studies like this enhance our understanding of the biochemical mechanisms of synaptic plasticity, extending our knowledge of healthy mechanisms, but also helping those who are trying to understand what can be done in a wide range of pathological conditions”.