Circadian disruptions, researchers say, could be considered an early warning sign of Parkinson's. 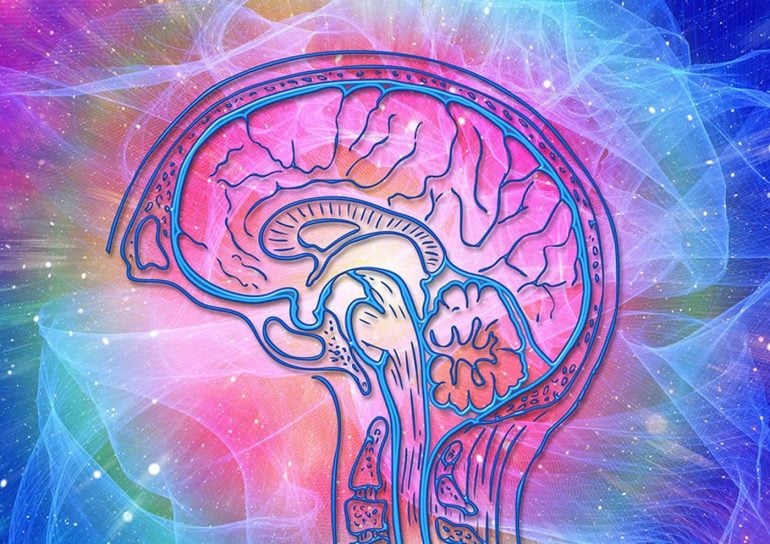 The data collected from these devices were independently associated with the later development of Parkinson's. Image is in the public domain.

Older men who have a weak or irregular circadian rhythm guiding their daily cycles of rest and activity are more likely to later develop Parkinson’s disease, according to a new study by scientists at the UC San Francisco Weill Institute for Neurosciences who analyzed 11 years of data for nearly 3,000 independently living older men.

The scientists said their discovery of the link between circadian rhythms and Parkinson’s — a disease characterized by loss of control over movement, balance and other brain functions — suggests these circadian disruptions may reflect neurodegenerative disease processes already affecting the brain’s internal clock well before a Parkinson’s diagnosis, and that they could be considered an early warning sign of the disease.

“The strength of the circadian rhythm activity seems to have a really important effect on health and disease, particularly in aging. In this latest study we found that even small changes in circadian rhythm in older men were associated with a greater likelihood of getting Parkinson’s down the line,” said study senior author Kristine Yaffe, MD, the Roy and Marie Scola Endowed Chair and vice chair of the Department of Psychiatry at UCSF, a professor of psychiatry, neurology, and epidemiology and biostatistics, and a member of the UCSF Memory and Aging Center.

The results — published June 15, 2020 in JAMA Neurology — merit follow-up, according to the study authors, to investigate whether physiological changes set off by disruptions in circadian rhythms might themselves be a trigger for neurodegeneration, and whether strengthening these rhythms could lower risk for developing Parkinson’s.

Parkinson’s is the second most common neurodegenerative disorder after Alzheimer’s disease. 500,000 individuals in the United States have been diagnosed with Parkinson’s disease, and many with the disease are undiagnosed, according to the National Institute of Neurological Disorders and Stroke. Most who have Parkinson’s are diagnosed after age 60. There are no drugs known to prevent the disease, but there are a growing number of treatments to relieve symptoms.

Among older adults, weakened or irregular circadian rhythms of rest and activity are common, according to study lead author Yue Leng, MD, PhD, an assistant professor of psychiatry at UCSF. Other conditions — constipation or deficits in the sense of smell — have also been associated with increased likelihood of developing Parkinson’s later on.

“Parkinson’s is a disease that probably takes decades to develop, and apart from changes in movement, earlier signs might be critical in understanding the disease and its mechanisms,” Leng said. “This is the first large, long-term study to find that disrupted circadian rhythms might be linked to Parkinson’s that emerges years later.”

The study, which enrolled 2,930 men with an average age of 76.3 when the research began, was part of the larger, population-based Osteoporotic Fractures in Men Study (MRoS), which began in 2000 and enrolled men at six medical centers nationwide. None of the participants in the subset of the MRoS cohort initially had Parkinson’s, and all were living in community-based settings (i.e. not in nursing homes). Their status for many health-related factors was assessed at the start, and they were monitored through follow-up visits and questionnaires.

As part of the study, researchers monitored circadian rhythms of rest and activity over three separate 24-hour periods by having participants wear an actigraph — a watch-like device that detects and records even slight wrist movements. The data collected from these devices were independently associated with the later development of Parkinson’s.

In a previous study, Leng and Yaffe identified an association between daytime napping and the later development of Parkinson’s. But the link between circadian rhythms and Parkinson’s is not just a matter or disrupted sleep, according to the new study. The association held true even after accounting for indicators of sleep disturbances — including loss of sleep; sleep inefficiency (time spent asleep after turning off the lights); leg movement during sleep; and the chronic, temporary cessation of breathing known as sleep apnea.

In drawing this conclusion, the researchers took into account numerous other variables collected as part of the MRoS study, including regional differences in study sites and participant demographics, education, baseline cognitive performance, chronic diseases, physical activity, symptoms of depression, body mass index, smoking, and use of benzodiazepines, alcohol, and caffeine.

Leng and Yaffe evaluated four parameters of participants’ rest-activity rhythms as measured by actigraph: amplitude, the difference between the period of greatest to least activity; mesor, the average activity; robustness, how well the measured cyclical rest-activity matched a regular curve similar to a cosine wave; and acrophase, a measure of advance or delay in the 24-hour cycle relative to the population average.

During follow-up, 78 of the 2,930 study participants were diagnosed with Parkinson’s. Those who scored lowest in actigraph amplitude, mesor or robustness had triple the risk of developing Parkinson’s compared to those who scored highest. The researchers did not find an association between acrophase and Parkinson’s risk.

Animal models of Parkinson’s have shown that cells controlling the brain’s circadian rhythm pacemaker often begin to degenerate even before cells in the part of the brain that are traditionally associated with Parkinson’s symptoms, suggesting that weakening of circadian rhythm may in some cases represent an early stage of disease.

Leng also does not rule out the possibility that disruptions in circadian rhythm, already known to cause metabolic changes and inflammation, might themselves contribute to neurodegenerative disease. Leng hopes to investigate whether weakened circadian rhythms trigger inflammation or the abnormal accumulation of proteins seen in affected brain tissue in both Parkinson’s and Alzheimer’s.

“These neurodegenerative diseases are not reversible,” she said. “But if research points to sleep or circadian problems being risk factors for neurodegeneration prior to traditional symptoms, then we may be able to use that information for early detection and diagnosis, or we might be able to intervene in ways that prevent development of neurodegenerative loss of function.”

Importance
Disruption in circadian activity rhythms is very common in older adults, particularly among those with neurodegenerative diseases, including Parkinson disease (PD). However, whether circadian disruption could be a prodrome for PD is unclear.

Objective
To determine the association between rest-activity rhythm (RAR) and risk of incident PD and to explore whether this association is independent of nighttime sleep disturbances.

Design, Setting, and Participants
The ancillary sleep study of the longitudinal cohort Osteoporotic Fractures in Men Study (MrOS) was conducted from December 1, 2003, to March 31, 2005. Of the 3135 community-dwelling men enrolled in the MrOS sleep study, 3049 had technically adequate RAR data; of these, 119 were excluded for having prevalent PD or missing incident data, leaving 2930 men without PD at baseline. Data were analyzed from February 1 through August 31, 2019.

Main Outcomes and Measures
Incident PD based on physician diagnosis. Multivariable logistic regression was used to determine the association between quartiles of RAR parameters and risk of incident PD.

Conclusions and Relevance
In this cohort study, reduced circadian rhythmicity was associated with an increased risk of incident PD, suggesting it may represent an important prodromal feature for PD. Future studies are needed to determine whether circadian disruption could also be a risk factor for PD and whether strategies to improve circadian function affect the risk of PD.