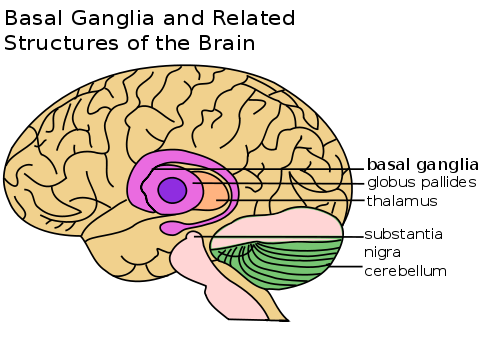 Voluntary movements involve the coordinated activation of two brain pathways that connect parts of deep brain structures called the basal ganglia, according to a study in mice by researchers at the National Institute on Alcohol Abuse and Alcoholism (NIAAA), part of the National Institutes of Health. The findings, which challenge the classical view of basal ganglia function, were published online in Nature on Jan. 23.

“By improving our understanding of how the basal ganglia control movements, these findings could aid in the development of treatments for disorders in which these circuits are disrupted, such as Parkinson’s disease, Huntington’s disease and addiction,” says NIAAA Acting Director Kenneth R. Warren, Ph.D.

“Testing these models has been difficult due to the lack of methods to measure specific neurons in the direct and indirect pathways in freely moving animals,” explains first author Guohong Cui, Ph.D., of the NIAAA Laboratory for Integrated Neuroscience (LIN).

Using this new approach, the researchers detected neural activity in both the direct and indirect pathways when mice performed a bar-pressing task. No such activity was detected when the mice were inactive.

Drs. Lovinger and Vogel add that the new technique developed for this study will be useful for studying a variety of neuron types in other brain regions during performance of a full repertoire of behaviors.

How Does Reduced Gravity Affect Astronauts’ Muscles and Nerve Responses?

Additional alcohol research information and publications are available at National Institute on Alcohol Abuse and Alcoholism.