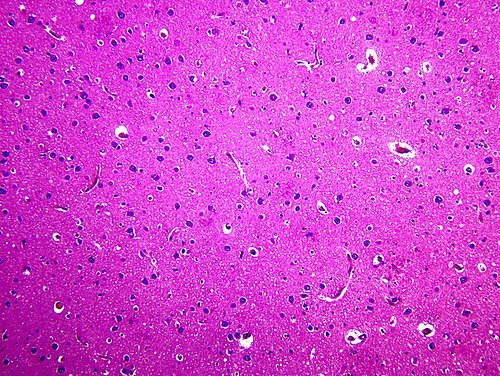 A new study from researchers at UCLA indicates that new memories with emotional content can be formed even if the amygdala is damaged. Researchers believe that other areas compensated for the damaged amygdala, and aided learning and memory.

When memory-related region of brain is damaged, other areas compensate, study finds
UCLA research has implications for recovery from brain injuries

Many neuroscientists believe the loss of the brain region known as the amygdala would result in the brain’s inability to form new memories with emotional content. New UCLA research indicates this is not so and suggests that when one brain region is damaged, other regions can compensate.

The research appears this week in the early online edition of the journal Proceedings of the National Academy of Sciences (PNAS).

“Our findings show that when the amygdala is not available, another brain region called the bed nuclei can compensate for the loss of the amygdala,” said the study’s senior author, Michael Fanselow, a UCLA professor of psychology and a member of the UCLA Brain Research Institute.

“The bed nuclei are much slower at learning, and form memories only when the amygdala is not learning,” he said. “However, when you do not have an amygdala, if you have an emotional experience, it is like neural plasticity (the memory-forming ability of brain cells) and the bed nuclei spring into action. Normally, it is as if the amygdala says, ‘I’m doing my job, so you shouldn’t learn.’ With the amygdala gone, the bed nuclei do not receive that signal and are freed to learn.”

The amygdala is believed to be critical for learning about and storing the emotional aspects of experience, Fanselow said, and it also serves as an alarm to activate a cascade of biological systems to protect the body in times of danger. The bed nuclei are a set of forebrain gray matter surrounding the stria terminalis; neurons here receive information from the prefrontal cortex and hippocampus and communicate with several lower brain regions that control stress responses and defensive behaviors.

“Our results suggest some optimism that when a particular brain region that is thought to be essential for a function is lost, other brain regions suddenly are freed to take on the task,” Fanselow said. “If we can find ways of promoting this compensation, then we may be in a better position to help patients who have lost memory function due to brain damage, such as those who have had a stroke or have Alzheimer’s disease.

“Perhaps this research can eventually lead to new drugs and teaching regimens that facilitate plasticity in the regions that have the potential to compensate for the damaged areas,” he said.

While the current study shows this relationship for emotional learning, additional research in Fanselow’s laboratory is beginning to suggest this is a general property of memory.

###
Fanselow’s PNAS study was federally funded by the National Institute of Mental Health.

UCLA is California’s largest university, with an enrollment of nearly 38,000 undergraduate and graduate students. The UCLA College of Letters and Science and the university’s 11 professional schools feature renowned faculty and offer more than 323 degree programs and majors. UCLA is a national and international leader in the breadth and quality of its academic, research, health care, cultural, continuing education and athletic programs. Five alumni and five faculty have been awarded the Nobel Prize.