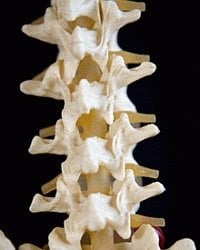 Researchers study the role of a toxin thought to worsen the severity of spinal cord injuries and other nervous system trauma and diseases. They have now adapted a non-invasive medical test to measure the toxin in urine samples, offering a potential tool to reduce symptoms.
Home
Featured

A medical test previously developed to measure a toxin found in tobacco smokers has been adapted to measure the same toxin in people suffering from spinal cord injuries and multiple sclerosis, offering a potential tool to reduce symptoms.

The toxin, called acrolein, is produced in the body after nerve cells are injured, triggering a cascade of biochemical events thought to worsen the injury’s severity. Acrolein (pronounced a-KRO-le-an) also may play an important role in multiple sclerosis and other conditions.

Because drugs already exist to reduce the concentration of acrolein in the body, being able to detect and measure it non-invasively represents a potential treatment advance, said Riyi Shi (pronounced Ree Shee), a professor of neuroscience and biomedical engineering in Purdue University’s Department of Basic Medical Sciences, School of Veterinary Medicine, Center for Paralysis Research and Weldon School of Biomedical Engineering.

“If the acrolein level is high it needs to be reduced, and we already have effective acrolein removers to do so,” Shi said. “Reducing or removing acrolein may lessen the severity of symptoms in people who have nerve damage, but there has not been a practical way to monitor acrolein levels in nervous system trauma and diseases.”

The toxin is present in tobacco smoke and air pollutants. A method had been developed previously to detect and measure acrolein in the urine of smokers, but it has not been used in people suffering from conditions in which the body produces acrolein internally.

“Based on this method, it was revealed that acrolein is significantly elevated in smokers and decreases following the cessation of cigarette smoke,” Shi said. “However, such a method has not been widely used for conditions in which acrolein is elevated due to central nervous system damage or disease.”

The researchers tested the method in laboratory animals.

“We wanted to see if higher levels of acrolein corresponds to greater severity of spinal cord injury, and the answer is yes,” said Shi, who is working with Bruce Cooper, director of the Metabolite Profiling Facility in the Bindley Bioscience Center of Purdue’s Discovery Park. “This means reducing acrolein may help to control symptoms.”

New findings are detailed in a research paper that recently appeared online in the Journal of Neurotrauma. The paper, which also will appear in an upcoming print edition of the journal, was authored by doctoral students Lingxing Zheng, Jonghyuck Park, Michael Walls and Melissa Tully; Amber Jannasch, laboratory manager of the Metabolite Profiling Facility; and Cooper and Shi.

The method does not detect acrolein directly but determines the presence of a byproduct, or metabolite, of acrolein in the urine. The metabolite is a chemical compound called N-acetyl-S-3-Hydroxypropylcysteine, or 3-HPMA.

“Acrolein is very volatile, so it doesn’t remain stable long enough to monitor, but one molecule of acrolein will make one molecule of 3-HPMA, which is very stable in urine,” Shi said.

Laboratory rats were injected with different doses of acrolein, and findings showed that the detection technique is able to accurately measure these differences in acrolein concentration in the urine. The technique might one day be performed routinely in a doctor’s office.

“The non-invasive nature of measuring 3-HPMA concentrations in urine allows for long-term monitoring of acrolein in the same animal and ultimately in human clinical studies,” Shi said.

Two drugs have been shown to be effective in reducing acrolein levels in the body: hydralazine and phenelzine, which have been approved by the U.S. Food and Drug Administration for hypertension and depression, respectively.

The testing method could be used in conjunction with other measures to test patients for the progress of spinal cord disease.

“Nervous system trauma and diseases are like many other illnesses: A disease-associated marker can be critical for making a diagnosis, a therapeutic selection and a treatment evaluation,” Shi said. “Therefore, determination of acrolein levels gives you more assurance that you have an intense biochemical imbalance and biochemical damage and that you should use an acrolein scavenger as a treatment. We used different levels of hydralazine to see if it causes a dose-dependent reduction of 3-HPMA and found that, in fact, it did. This shows that this method is capable of monitoring the decrease of acrolein through treatment with acrolein-removing medications.”

Acrolein damages mitochondria, which provide energy for cells, and in multiple sclerosis compromises the myelin sheath surrounding a nerve cell’s axon, preventing nerves from properly conducting electrical impulses. The toxin has a possible role in other diseases, including Alzheimer’s disease, cancer and atherosclerosis.

“Due to widespread involvement of acrolein in the body, the benefits of this study have the potential to significantly enhance human health,” Shi said. “For example, there is evidence that heightened levels of acrolein could diminish an individual’s ability to recover fully from stroke and cancer.”

In laboratory animals, hydralazine has been shown to delay onset of multiple sclerosis for several days, which could mean several years in humans. Tests with animals also suggests the drug could help to reduce the most severe symptoms once the disease has progressed.

Acrolein has been found to be elevated by about 60 percent in the spinal cord tissues of mice with a disease similar to multiple sclerosis. The toxin causes harm by reacting with the proteins and lipids that make up cells, including neurons.

Notes about this MS and neurotrauma testing research

The research is funded by the National Institutes of Health. Previous work was supported with funding from the state of Indiana.