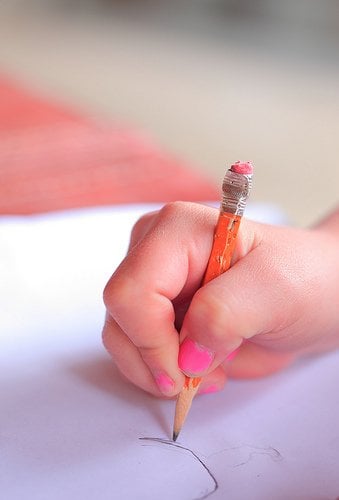 The development of fine motor control—the ability to use your fingertips to manipulate objects—takes longer than previously believed, and isn’t entirely the result of brain development, according to a pair of complementary studies.

The research opens up the potential to use therapy to continue improving the motor control skills of children suffering from neurodevelopmental disorders such as cerebral palsy, a blanket term for central motor disorders that affects about 764,000 children and adults nationwide

“We find we likely do not have a narrow window of opportunity in early childhood to improve manipulation skills, as previously believed, but rather developmental plasticity lasts much longer and provides opportunity throughout adolescence” he said. “This complements similarly exciting findings showing brain plasticity in adulthood and old age.”

Researchers had previously been able to detect improvements in fine motor control of the hand only until around age eight to 10; however, Valero-Cuevas—a professor of biomedical engineering and of biokinesiology and physical therapy—invented a tool that allows for more precise measurement of fine motor control.

The tool is simple – springs of varying stiffness and length set between plastic pads which he has patented. Motor skill is then determined by individual’s ability to compress the increasingly awkward spring devices. Sudarshan Dayanidhi, during his PhD studies at USC with Valero-Cuevas, developed and applied clinically useful versions of this technology with great success.

With this new tool, and in collaboration with Åsa Hedberg and Hans Forssberg of the Astrid Lindgren Children’s Hospital in Stockholm, they tested 130 children with typical development between four and 16 years of age, and demonstrated that even the 16-year-olds were continuing to hone their fine motor skills. Their findings will appear in the Journal of Neurophysiology on Oct. 1.

To further this study, Dayanidhi and Valero-Cuevas joined forces with Assistant Professor of biokinesiology and physical therapy Jason Kutch (also of USC), to explore if this longer developmental timeline for dexterity was tied not just to brain maturation, but also to muscular development.

It has long been thought that improved dexterity involved only brain development and muscle growth– where muscles only got bigger and stronger, but did not add to dexterous skills since they are performed at low forces. The research by Dayanidhi, Kutch and Valero-Cuevas indicates otherwise.

This second facet of the research showing how both dexterity and muscle function improve in children will appear in the Journal of Neuroscience on Sept. 18.

Notes about this neuroscience and neurodevelopment research

Contact: Robert Perkins – University of Southern California
Source: University of Southern California press release
Image Source: The image is credited to D. Sharon Pruitt, Pink Sherbet Photography at Flickr. The image is licensed as Creative Commons Attribution 2.0 Generic.
Original Research: Abstract for “Decrease in Muscle Contraction Time Complements Neural Maturation in the Development of Dynamic Manipulation” by Sudarshan Dayanidhi, Jason J. Kutch, and Francisco J. Valero-Cuevas in Journal of Neuroscience. Published online September 18 2013 doi:10.1523/JNEUROSCI.1968-13.2013
The additional research will be published in Journal of Neurophysiology on October 1 2013. We will provide a link to the research when it becomes available.