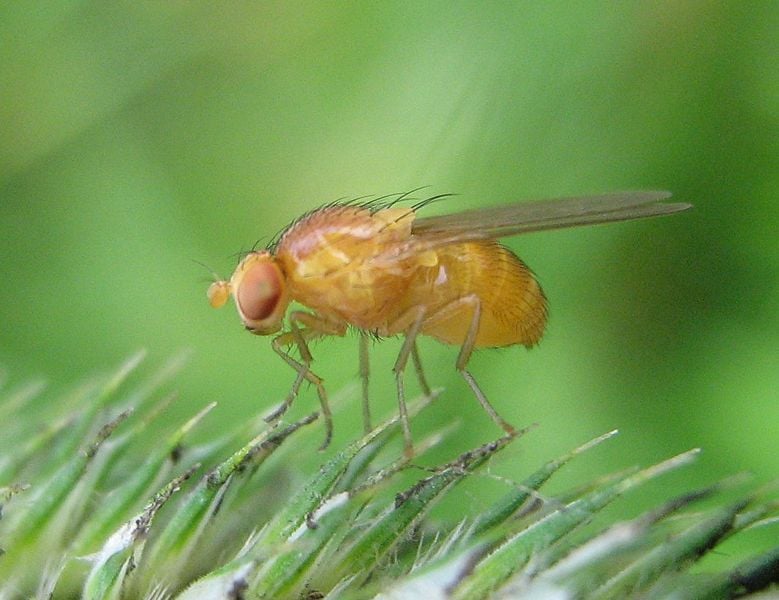 Researchers inactivated the expression of several Wnt signaling proteins in the mushroom bodies of adult Drosophila. The resulting disruption of memory suggests Wnt signaling plays an active role in the formation of long term memory. This is an image of a Drosophila melanogaster fruit fly.
Home
Featured

Scientists from the Florida campus of The Scripps Research Institute (TSRI) have found a group of proteins essential to the formation of long-term memories.

The study, published online ahead of print on September 12, 2013 by the journal Cell Reports, focuses on a family of proteins called Wnts. These proteins send signals from the outside to the inside of a cell, inducing a cellular response crucial for many aspects of embryonic development, including stem cell differentiation, as well as for normal functioning of the adult brain.

“By removing the function of three proteins in the Wnt signaling pathway, we produced a deficit in long-term but not short-term memory,” said Ron Davis, chair of the TSRI Department of Neuroscience. “The pathway is clearly part of the conversion of short-term memory to the long-term stable form, which occurs through changes in gene expression.”

The findings stem from experiments probing the role of Wnt signaling components in olfactory memory formation in Drosophila, the common fruit fly—a widely used doppelgänger for human memory studies. In the new study, the scientists inactivated the expression of several Wnt signaling proteins in the mushroom bodies of adult flies—part of the fly brain that plays a role in learning and memory.

The resulting memory disruption, Davis said, suggests that Wnt signaling participates actively in the formation of long-term memory, rather than having some general, non-specific effect on behavior.

“What is interesting is that the molecular mechanisms of adult memory use the same processes that guide the early development of the organism, except that they are repurposed for memory formation,” he said. “One difference, however, is that during early development the signals are intrinsic, while in adults they require an outside stimulus to create a memory.”

The study was supported by the National Institutes of Health (NS19904).