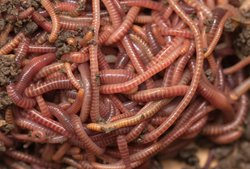 Put worms under stressful conditions and they can survive almost anything, including the 2003 Space Shuttle Columbia disaster. Image adapted from Rutgers University press release.
Home
Featured

Scientists question why some suffer and others are better able to cope.

New research at Rutgers University may help shed light on how and why nervous system changes occur and what causes some people to suffer from life-threatening anxiety disorders while others are better able to cope.

Maureen Barr, a professor in the Department of Genetics, and a team of researchers, found that the architectural structure of the six sensory brain cells in the roundworm, responsible for receiving information, undergo major changes and become much more elaborate when the worm is put into a high stress environment.

Scientists have known for some time that changes in the tree-like dendrite structures that connect neurons in the human brain and enable our thought processes to work properly can occur under extreme stress, alter brain cell development and result in anxiety disorders like depression and Post Traumatic Stress Disorder affecting millions of Americans each year.

What scientists don’t understand for sure, Barr says, is the cause behind these molecular changes in the brain.

“This type of research provides us necessary clues that ultimately could lead to the development of drugs to help those suffering with severe anxiety disorders,” Barr says.

In the study published today in Current Biology, scientists at Rutgers have identified six sensory nerve cells in the tiny, transparent roundworm, known as the C. elegans and an enzyme called KPC-1/furin which triggers a chemical reaction in humans that is needed for essential life functions like blood-clotting.

While the enzyme also appears to play a role in the growth of tumors and the activation of several types of virus and diseases in humans, in the roundworm the enzyme enables its simple neurons to morph into new elaborately branched shapes when placed under adverse conditions.

Normally, this one-millimeter long worm develops from an embryo through four larval stages before molting into a reproductive adult. Put it under stressful conditions of overcrowding, starvation and high temperature and the worm transforms into an alternative larval stage known as the dauer that becomes so stress-resistant it can survive almost anything – including the Space Shuttle Columbia disaster in 2003 of which they were the only living things to survive.

“These worms that normally have a short life cycle turn into super worms when they go into the dauer stage and can live for months, although they are no longer able to reproduce,” Barr says.

What is so interesting to Barr is that when a perceived threat is over, these tiny creatures and their IL2 neurons transform back to a normal lifespan and reproductive state like nothing had ever happened. Under a microscope, the complicated looking tree-like connectors that receive information are pruned back and the worm appears as it did before the trauma occurred.

This type of neural reaction differs in humans who can suffer from extreme anxiety months or even years after the traumatic event even though they are no longer in a threatening situation.

The ultimate goal, Barr says, is to determine how and why the nervous system responds to stress. By identifying molecular pathways that regulate neuronal remodeling, scientists may apply this knowledge to develop future therapeutics.

Notes about this neuropsychology and chronic stress research