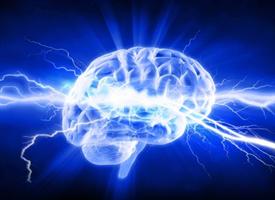 One of the keys to unraveling the effects of ammonia on the brain has been new imagining technologies such as two-photon microscopy which allow researchers to watch this phenomenon in real time in the living brains of mice. As suspected, they observed that when high levels of ammonia enter the brain, astrocytes become quickly overwhelmed and cannot remove it fast enough.
Home
Featured

A study out today in the journal Nature Medicine suggests a potential new treatment for the seizures that often plague children with genetic metabolic disorders and individuals undergoing liver failure. The discovery hinges on a new understanding of the complex molecular chain reaction that occurs when the brain is exposed to too much ammonia.

The study shows that elevated levels of ammonia in the blood overwhelm the brain’s defenses, ultimately causing nerve cells to become overexcited. The researchers have also discovered that bumetanide – a diuretic drug used to treat high blood pressure – can restore normal electrical activity in the brains of mice with the condition and prevent seizures.

“Ammonia is a ubiquitous waste product of regular protein metabolism, but it can accumulate in toxic levels in individuals with metabolic disorders,” said Maiken Nedergaard, M.D., D.M.Sc., co-director of the University of Rochester Medical Center (URMC) Center for Translational Neuromedicine and lead author of the article. “It appears that the key to preventing the debilitating neurological effects of ammonia toxicity is to correct a molecular malfunction which causes nerve cells in the brain to become chemically unbalanced.”

In healthy people, ammonia is processed in the liver, converted to urea, and expelled from the body in urine. Because it is a gas, ammonia can slip through the blood-brain-barrier and make its way into brain tissue. Under normal circumstances, the brain’s housekeeping cells – called astrocytes – sweep up this unwanted ammonia and convert it into a compound called glutamine which can be more easily expelled from the brain.

However, individuals with certain genetic metabolic disorders and people with impaired liver function because of chronic hepatitis, alcoholism, acetaminophen overdose, and other toxic liver conditions cannot remove ammonia from their bodies quickly enough. The result is a larger than normal concentration of ammonia in the blood, a condition called hyperammonemia.

When too much ammonia makes its way into the central nervous system, it can lead to tremors, seizures and, in extreme cases, can cause comas and even lead to death. In children with metabolic disorders the frequent seizures can lead to long-term neurological impairment.

While ammonia has long been assumed to be the culprit behind the neurological problems associated with inherited metabolic disorders and liver failure, the precise mechanisms by which it triggers seizures and comas have not been fully understood. The new study reveals that ammonia causes a chain of events that alters the chemistry and electrical activity of the brain’s nerve cells, causing them to fire in uncontrolled bursts.

One of the keys to unraveling the effects of ammonia on the brain has been new imagining technologies such as two-photon microscopy which allow researchers to watch this phenomenon in real time in the living brains of mice. As suspected, they observed that when high levels of ammonia enter the brain, astrocytes become quickly overwhelmed and cannot remove it fast enough.

The abundant ammonia in the brain mimics the function of potassium, an important player in neurotransmission, and tricks neurons into becoming depolarized. This makes it more likely that electrical activity in the brain will exceed the threshold necessary to trigger seizures.

Furthermore, the researchers observed that one of the neuron’s key molecular gatekeepers – a transporter known as NKCC1 – was also fooled into thinking that the ammonia was potassium. As a result, it went into overdrive, loading neurons with too much chloride. This in turn prevents the cells from stabilizing itself after spikes in activity, keeping the cells in a heightened level of electrical “excitability.”

The team found that the drug bumetanide, a known NKCC1 inhibitor, blocked this process and prevented the cells from overloading with chloride. By knocking down this “secondary” cellular effect of ammonia, the researchers were able to control the seizures in the mice and prolong their survival.

“The neurologic impact of hyperammonemia is a tremendous clinical problem without an effective medical solution,” said Nedergaard. “The fact that bumetanide is already approved for use gives us a tremendous head start in terms of developing a potential treatment for this condition. This study provides a framework to further explore the therapeutic potential of this and other NKCC1 inhibitors.”

Notes about this neurology and neuropharmacology research

Additional co-authors include Fushun Wang, Maria Cotrina, Michel Chen, and Ning Kang with URMC, Vinita Rangroo Thrane, Alexander Thrane and Erlend Nagelhus with the University of Oslo in Norway, and Nathan Smith with the University of Utah. The study was supported with funding from the National Institutes of Health, the Research Council of Norway, the Nordic Center of Excellence Program, the Letten Foundation, and the Fulbright Foundation.